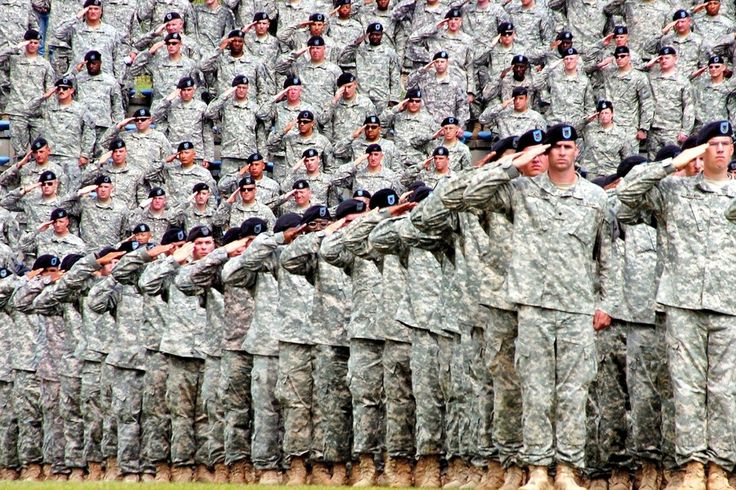 In return for a commitment of military service upon graduation, ROTC funds all or part of college tuition, depending on the type of commission and scholarship contract a student signs, and provides an opportunity for students to develop leadership skills critical for both a military and a civilian career. Don’t let the term “reserve” confuse you. ROTC trains officers for active duty, which could mean any position, from serving as an accountant on a base in Missouri to piloting a helicopter in Afghanistan.

ROTC is currently offered at more than 1,000 colleges and universities across the United States. If accepted into ROTC, a student must be ready for a serious commitment. ROTC Army and Air Force “cadets” and Navy and Marine “midshipmen” attend civilian college classes as well as ROTC-specific courses through a ROTC unit at or nearby their school. On top of academics, the students attend physical training in the field over the weekends and summers.

“With an extra course load and strenuous physical requirements, ROTC students are not able to enjoy some of the luxuries of a typical college student, including sleeping late, weekends to themselves, and the freedom to choose what they wear every day,” explains Boston University (BU) Director of Military Education Douglas Sears, who also serves as the vice president and chief of staff to the president of BU.

In addition to ROTC, there are four other options for an individual interested in serving as a U.S. military officer: attend one of the highly selective U.S. service academies (West Point, Naval Academy, Air Force Academy, Coast Guard Academy); enroll in one of six Senior Military Colleges or five Military Junior Colleges; attend Officer Candidate School after graduating from college; or receive a direct commission after earning a professional degree.

Having met thousands of ROTC students,Sears believes the most common reasons a young person is drawn to ROTC are a family history of military service, college scholarships and job opportunities, the desire to serve our country, and a proclivity for physical challenges.

Josh was a freshman studying political science at Merrimack College in Andover, Massachusetts, on September 11, 2001. From that pivotal day forward, he was driven to find a way to help strengthen global security. Josh had applied for a ROTC scholarship out of high school but was not accepted. He went to college thinking that ROTC had escaped him, yet less than 2 years later, Josh was accepted into a ROTC detachment at the University of Massachusetts Lowell campus, earned a scholarship, and graduated at the top of his class. “It was tough balancing school, ROTC, and playing Division II football. But if you want something badly enough, you can find a way. I completed the 2-year accelerated program thanks to supporters who encouraged me along the way. I am by no means smart—my officer qualifying test scores were just enough to keep me in the program. However, I was serious about earning a commission and just kept at it,” explains this very humble man.

My parents were very supportive— at least my father was. My brother served in the Air Force for 20 years and so did my uncle, so our family was familiar with what we were doing. However, it was right after 9/11 and I know my mother was very concerned whether I was making the right decision.

After college, Josh served in Afghanistan. During his 7 months of service, he realized that “enduring freedom” requires not only military presence and foreign aid but also job creation. Josh and four Air Force comrades searched for a way to employ Afghan women, as women typically reinvest earned income in their families and communities through education and healthcare. They launched Flying Scarfs, selling Afghan women’s handmade scarves over the Internet to a worldwide market. The friends started the non-profit with their own money, and today the business is self-sustaining, operating without investors or dependence on charitable donations. While Josh does not receive any financial compensation for his work with Flying Scarfs, he does receive well-deserved recognition. He was awarded the Presidential Service Award, the Air Force Commendation Medal, and the Military Volunteer Service Medal for his contributions to microeconomic development in Afghanistan.

Ariel, a senior at Boston University studying ac- counting on a 4-year scholarship, was initially drawn to ROTC for the financial assistance. Now into her fourth year, Ariel recognizes many other benefits of the program. She recalls, “Through ROTC I have made close friends who have all seen each other at our best and our worst. It keeps me in shape and has given me real-world skills like organization and time management—not to mention how to be productive on little sleep.” Often awake 3 hours before her 8:00 a.m. class, Ariel recognizes the added obligations, responsibilities, and skills ROTC students have over “regular” college students. After graduation Ariel will enter the New York National Guard for 8 years. She plans to complete all 8 years while working at an accounting firm, but she readily admits, “I am still working that out.”

My parents are very proud of me today and have been extremely supportive from the start.
—Ariel Prairie, Army Cadet, BU Senior

Peter, a high school senior at Champlain Valley Union High School in Hinesburg, Vermont, has applied for a scholarship with plans to attend Marine-Option Navy ROTC at Boston University in the fall of 2014. His mother, Joanne, explaining her son’s direction, says, “This has been entirely Peter—it’s what he’s been drawn to from a very early age.” Like many parents, Peter’s have mixed emotions about their child’s decision. “We are happy for him to pursue his passion, proud of him to be willing to take on a partly unknowable challenge, happy he has a clear goal, worried for his long-term physical and psychological health, and relieved to have the potential for some financial help with college tuition,” explains Peter’s dad.

I would recommend any parent wanting to learn more about the ROTC process and the specific program at an individual university to meet with the ROTC coordinator or an officer involved in the program.

Peter, who plans to major in international relations, only applied to colleges that have ROTC on campus. He clarifies the reasons for his decision, explaining, “What drew me to ROTC was the ability to have military train- ing while simultaneously going to a regular college. I like the idea of having a close-knit group of friends who share the same interests, aspirations, and motivations as I do. Also, I think that ROTC is a great challenge and a way to enhance my college experience. Unlike if I attended a military academy, I can still be a regular college student with ROTC, and that is important to me.”

While not 100 percent sure of his career direction, Peter is interested in learning more about conducting and commanding reconnaissance missions as a ground intelligence officer. He is well aware that his post-graduation future is in the Marines’ hands and says, “ROTC helps you to figure out what you want to do, but ultimately you are assigned to where the Marine Corps needs you.”

Major Joshua Goodrich, executive officer of Boston University’s Army ROTC and assistant professor of military science, understands that many high school seniors are not ready to pick their college major, or their military specialty for that matter. “In Army ROTC, cadets pick their specialty in the first semester of senior year of college. Even then, students sometimes choose a specialty related to an academic focus, but other times, young people want to experience something completely different,” explains Goodrich. Goodrich’s advice to teenagers considering a career in the Army is, “If you have the desire to lead, we are always looking for scholars and athletes with a strong commitment to serving our country.”

Over the years, Douglas Sears has had the privilege of speaking to military officers who were former ROTC students at BU. He is consistently impressed by the strength of their character as well as their accomplishments in the military and in the private sector. Most importantly, Sears notes, “ROTC gives you incredible responsibilities early in life and shapes you into a remarkable, yet understated, person.”