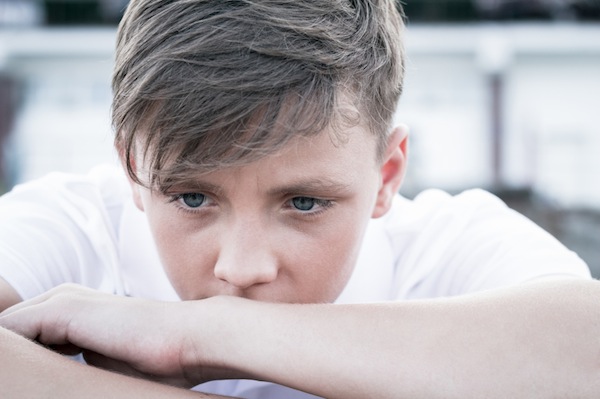 Schizophrenia, in its early stages, is often hard to differentiate between normal, sometimes erratic, teenage behavior. However, as the mental health disorder progresses, there will be evidence of an underlying cause that is way more than just adolescent hormones.

Schizophrenia is a mental health condition that is generally diagnosed in late adolescence or early adulthood, although signs may be apparent earlier than this in some instances. The disorder effects roughly 1% of the population, and is often a severely disabling condition.

Although awareness of schizophrenia is on the rise, thanks to ill-informed media representation, the mere word still conjures up alarming images of homicidal or violent maniacs, when, in reality, those affected by the condition are much more like to be a victim of crime, than perpetrate it. Another common misconception about schizophrenia is that it is a multiple personality disorder, where individuals have a “split personality,” which is not the case.

Schizophrenia is a serious psychotic illness which causes a wide range of extreme disturbances to thought processes and behavior. The cause of the condition is not entirely known, but it does seem to have some hereditary links, with other determining factors such as a difficult birth, brain damage in utero, or a traumatic experience as a child. Research has shown that schizophrenia is linked to abnormalities within the brain, most notably the areas that deal with perception, behavior and thought, leaving individuals unable to process and filter the information they are receiving. In many cases, people will be totally unaware that they are experiencing schizophrenia, as their thoughts and hallucinations will feel very real to them.

Recognizing the Signs of Schizophrenia in Your Teen

In general, individuals of all ages with the disorder will experience delusions, hallucinations, disorganized speech (incoherence, rapidly switching between subjects that have no connection, or even a loss of speech entirely), and abnormal motor behavior, such as repetitive movements or a catatonic state. Schizophrenics may also present many other negative symptoms, including reduced (or no) eye contact, lack of self-care, less emotional expression and a withdrawal from social interaction.

As mentioned, schizophrenia can go undiagnosed in its early stages, especially during the teen years, as its symptoms are often confused with normal, age-appropriate behavior. Signs in teens will slowly appear over a period of several months (usually six to nine), and may initially mimic anxiety or depression symptoms.

Common behavior associated with schizophrenia in teens can include:

How is Schizophrenia Diagnosed?

The signs mentioned above are not necessarily indicative of a serious problem on their own. However, if you notice several, particularly if they are beyond normal teen behavior, it is important to speak to your doctor, especially if there is a history of schizophrenia in your family.

Your doctor will invariably refer your teen to a psychiatrist, who will have the experience to help deal with the issue; they in turn will usually involve specialized “early intervention” services trained to deal with the first onset of psychosis.

Because many of the indicators of schizophrenia are similar to other mental health disorders, diagnosis usually only occurs after the teen has been experiencing symptoms for at least six months, and has also had one month of extreme behaviors such as delusions or hallucinations.

What is the Expected Course of Treatment?

Early identification is crucial in teens with schizophrenia. Treatment varies, depending upon the severity, although antipsychotic medication is usually prescribed. In serious cases, the teen may require hospitalization to stabilize their condition, whereas others can remain as outpatients following a treatment plan that can be established at home. In some instances, counseling, particularly Cognitive-Behavioral Therapy (CBT), can prove beneficial, especially with helping individuals learn important coping skills and strategies.

Although schizophrenia is a serious condition, with early intervention and effective treatment, many teens will go on to have relatively normal lives. In some cases, individuals will receive treatment, and not experience any further episodes after the initial one. Others will move between remission and relapse throughout their lives, and sadly; some cases will be chronic, with no remission at all. Additionally, the outcome in teens can depend greatly on their family dynamics: those with a strong support system are less likely to relapse.