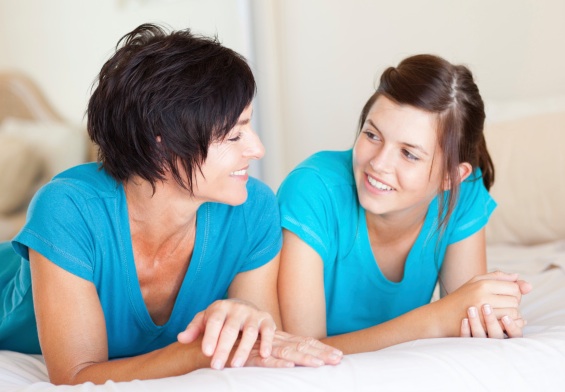 Are teens still in a race to nowhere? Not if we can help it.

A follow-up to the poignant documentary, Race to Nowhere, spurs the new campaign, "Replace the Race."

Several years ago, I went to a screening of the documentary Race to Nowhere. At the time, my own children were in elementary, middle and high school. Prior to seeing the movie, I had thought that my older children seemed overly stressed out about school, and all of their club and sports commitments. On most afternoons, my daughters, who played multiple sports and never got home from school before 5:30 p.m., would then have to hit the books. My high schooler was always up past midnight doing her homework and studying for the next day's tests.

When I would urge her to go to bed earlier, she would complain that I didn’t understand the pressure she was under. And she was right; I really did not understand where all of this pressure she was experiencing was coming from. My husband and I certainly weren’t nagging her about her grades. I wondered if my kids were just these types of kids (naturally hard working, high achieving) or was it because of the community we lived in — a top school district with many scholar students and demanding teachers.

Once I watched the movie, it became clear that my kids were not the only ones that were stressed out and over committed. It is an epidemic in schools across the country. The film featured countless stories of students from grade school through high school who had been pushed to the brink by academic demands, over-scheduling, and an intense pressure to succeed.

Several students interviewed admitted school-related stress caused them to experience health issues from headaches, to sleep deprivation and depression. There were also interviews with parents, clinical psychologists and educators about the physical and emotional impact this “race” was having on today’s kids.

Vicki Abeles, director of Race to Nowhere hoped the movie would spark conversations between parents, educators, administrators and students on how, together, they could make changes to help improve the mental health and well being of students. Abeles says, “So many kids do not feel like they are ‘measuring up’. Even straight A students do not feel they are doing enough.”

I know in my own town, there was a lot of buzz about the film and a handful of community screenings. But while everyone involved agreed there was a problem, there were opposing views as to why.

The educators blamed parents, saying they pressured their kids to be top students and athletes in hopes of Ivy League acceptances. Parents put the onus on teachers, claiming they were the ones assigning too much homework, allowing multiple tests in a day, and creating an overall stressful environment for students. Administrators were also called out for caring more about test scores, college acceptance rates, and school rankings than they are with learning.

When I spoke to Abeles about the reaction in my town, she confirmed that this type of “blame game” was not uncommon. Abeles says, “There are a lot of forces that have caused the problems the film highlights. Everyone involved has good intentions, but somehow things have gone awry.”

Since the movie premiered in 2010, Abeles says there have been a good number of communities inspired to make changes, but there is still so much more to be done. Which is why this March, Abeles and her team have launched the national campaign “Replace the Race” to encourage communities, to once again, get together and start talking about what is going on with today’s students. There is no cost to participate.

Communities that start the conversation and host a “Replace the Race” event will receive three short films: An abridged version of the original film, some interviews with parents and educators that have made positive changes, and a clip from a new documentary on the topic that will be released next year. Abeles says, “Together we can create an educational culture that values purpose and meaning over test scores and rankings. The goal is to have a school system that prioritizes our children’s well-being and authentic preparation for the future.”