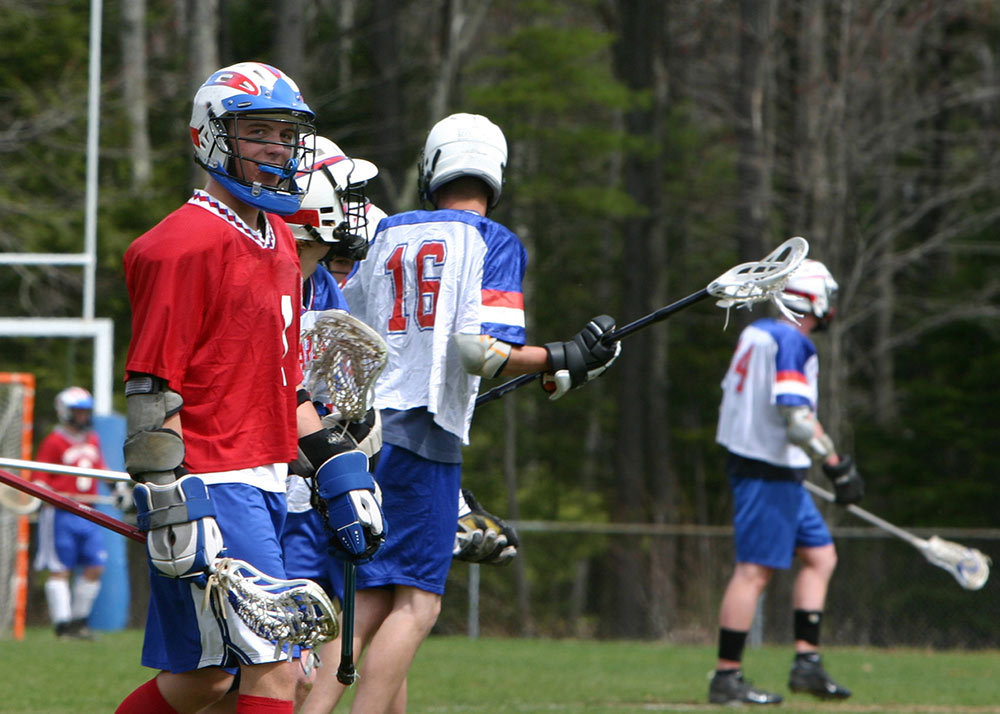 Another year of high school, really?

Why would anyone consider a post-graduate year instead of college? But if you’re a high school athlete looking to improve your game, a post-graduate (PG) year at a boarding school might be just what you need to play college sports.

Max Willman, for example, was a hockey all-star and a good student at Barnstable High School in Massachusetts. But, coming from an off-the-beaten-track school on Cape Cod, he thought his competitive days would be put on ice when he graduated in 2013.

Fast forward a short year later. Willman was playing at the Wells Fargo Center in Philadelphia, site of the 2014 National Hockey League draft, pulling on the sweater of the Buffalo Sabres, posing for photographs as their fifth-round selection.

But before pursuing his dream of professional hockey, Willman will get an Ivy League education at Brown University. And he owes all this to the PG year he did at the Williston Northampton School in Easthampton, Mass.

“After high school, I was looking at colleges but just as a student, not for hockey,” says Willman. “I wanted to keep playing, but there weren’t many opportunities, certainly not at Division 1 schools. There weren’t a lot of scouts (college or pro) coming to the Cape.”

“Prep school did everything for me,” says Willman. “I needed that year to grow as a player and as a person. No way would I have been recruited to the Ivy League, or drafted by the NHL, without what I learned at Williston.”

The cost of a post-graduate year

?The cost of a PG year can be considerable – as much as $70,000 without scholarships?or financial aid – but the reward could be an athletic scholarship or, at the very least, substantial personal development. That might make the cost of boarding school worth the investment.

John Toffey is the newly appointed associate director of admissions at Cheshire Academy in Cheshire, Conn. Before that, he had the same job – as well as being head baseball coach and assistant hockey coach – at the Salisbury School in Connecticut. Having been in an academic and athletic environment for seven years, he knows well the benefits of a PG year for both athletics and academics.

“It’s hard to find a downside,” says Toffey, a former Division 1 college athlete who was drafted in both baseball and hockey. “It’s not cheap, but after a year you’re going to be much better prepared for college.”

Most prep schools take a limited number of PG students – 15 to 20 in a class of about 100 at Salisbury – and the admission process is rigorous, he says.

“We’re focusing on the whole person, not just test scores or athletic ability. The character of the student is very important. We’re a co-ed boarding school, so how they fit in socially is a key. Kids?come from all around the country and internationally, too, so you’re exposed to a lot of things,” he says.

“As for athletics, with boys especially, a PG year gives you time to physically and emotionally mature, get stronger and faster. You’re surrounded by other good kids who are competitive and overachievers. That pushes you to be the best you can be.”

An extra year before college can really make a big difference, he adds. “You’re more ready than the average freshman because you’ve already had a year of experience with it.”

If there is a tradeoff, say Toffey and Willman, it’s that the structure and demands of campus life at prep schools are more controlled than at college.

“It’s part of the growth process,” says Toffey. “We have mandatory study halls. There’s some peer pressure because (PG students) see their friends going off to college, and they’re not. Socially, they feel like maybe they’re missing something.”

But in the end it’s worth it, says Willman.

“The adjustment to my first year at Brown was easier because I had already spent a year away from home playing hockey and studying,” he says. “I knew how to manage my time and not get overwhelmed.”

IMG Academy in Bradenton, Fla., is perhaps the gold standard for PG student-athletes. The nearly 500-acre campus has state-of-the-art facilities that rival and often exceed anything in top-tier universities or even professional teams.

The school began as the Bollettieri Tennis Academy in the late 1970s and developed champions such as Monica Seles and Andre Agassi. First called the Pendleton School and now IMG Academy, it has eight sports: football; baseball; basketball; golf; lacrosse; soccer; track and field; and tennis. It offers a college preparatory K-12 and PG curriculum and sends students on to some of the finest colleges and universities in the nation.

“We want to prepare them for the next step and help them reach their potential, whether that’s Division 1, 2 or 3. We’ve placed them at all levels,” says Mahoney. He has been at IMG since 2012 after college coaching stops at?Robert Morris, Duquesne, Michigan and St. Francis universities.?“We’ve had kids go on to be team managers in college because they want to be part of a program. We’ve had players come in here who didn’t start for their high school team, but they had a great attitude and wanted to improve and grow as a person.”

The sticker price for a PG year at IMG Academy is a hefty $65,500, and with additional fees climbs to nearly $70,000. There is limited financial aid available.

Why do a post-graduate year?

Improve: Raise your scores or your GPA, and, if you’re coming from a large high school, you might find a college counselor who has more time to help you.

Prepare: You’re away from home, but there’s still structure. It’s an in-between year before being on your own and a good way to learn time management and to hone study skills.

Grow: Teens, especially boys, are still developing physically, and a PG year is a chance to develop more physical strength and skills before college-level athletics.