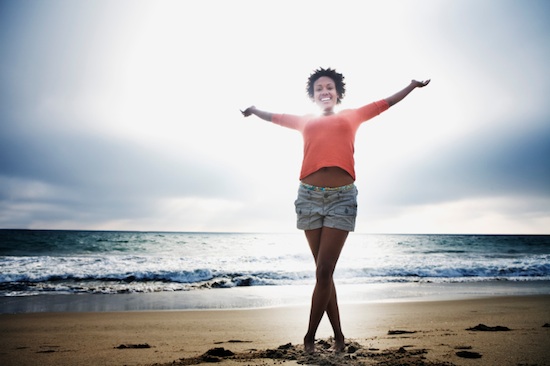 When someone does a good deed for you, express your gratitude by doing something nice for someone else. That’s the essence of “pay it forward,” a term you often hear in casual conversation.

Who knew that this popular concept has its roots in a play from ancient Athens, the exact words from a book in 1916, and was popularized in another book in 1951? Here is the excerpt from the 1951 title Between Planets by Robert A. Heinlein:

The banker reached in the folds of his gown, pulled out a single credit note. “But eat first – a full belly steadies the judgment. Do me the honor of accepting his as our welcome to the newcomer.”

His pride said no; his stomach said YES! Don took it and said,” Uh, thanks! That’s awfully kind of you. I’ll pay it back, first chance.”

“Instead, pay it forward to some other brother who needs it.”

Recently I saw a Pay-It-Forward Challenge posted by a friend on Facebook:

I am participating in a fun Pay-It-Forward activity for 2014 to help make this year a bit more special for those involved. If you want to join in, be one of the first five people to type “I’m in” under comments. The deal is that sometime during the year, perhaps when you least expect I, you will get something wonderful from me. Who knows what it will be. Your job is to smile and be happy and do something nice and unexpected for those around you. AND you should copy this into your FB page so that you too will be Paying It Forward to five other people. That way we will be building a net of folks who will be performing random acts of kindness. Happy 2014!

I stay far away from social media chain mail types of activities. In fact, I hate the “send this to five friends within ten minutes” line that often accompanies inspirational emails. But, without hesitation, when I saw the Pay-It-Forward Challenge, I was in. As instructed, I copied the post on my Facebook page and five of my contacts joined in as fast as I did. None were close friends, one I just met, another I haven’t seen since high school, and yet another is a “Facebook friend” only -– we’ve never spoken a word to one another.

That started me thinking, why were we all so eager to participate? I do my share of community service. I go out of my way to be friendly and kind to everyone I come in contact with. While it was not out of guilt, I am still unsure what motivated me. But I do know that the book of poetry I left at an acquaintance’s house and the Starbuck coupons I sent electronically to two others made the recipients happy…And that made me happy.

What goes around comes around when you pay it forward.