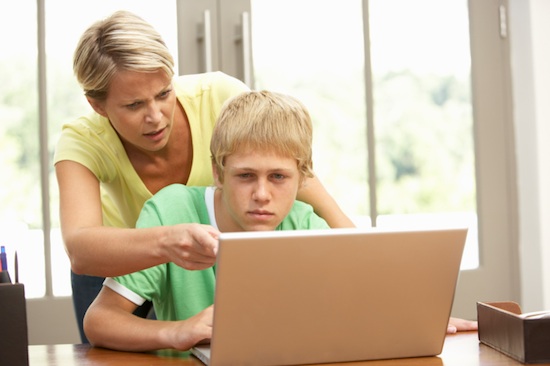 These last few weeks before heading off to college have found me looking around the house making mental notes of things I’d like to bring and things I’ll miss from afar.

Some are easily tangible items, like my two ceramic mugs or my model train layout. Some are conceptual, like not having to share a bathroom with all my floor-mates or being able to sleep in my own room. And still some are purely nostalgic, like the specific sound and smell the Commuter Rail makes when braking at Porter Square or the taste of my favorite foods. It’s impossible to qualify how much Sudbury Farms Chocolate Chip Muffins and my Nana’s Noodle Kugel meant to my childhood.

But all of these fleeting objects, concepts, and aromas pale in comparison to the singular entity I will miss most: my parents. Not just my mom and dad themselves, but all the things they do for me and all the things they can help me with. It’s going to be tough not seeing them daily, for sure, but so too will it be tough not having anybody doing my laundry but myself! Most pressingly, I am going out into the big, wide world, and they can’t hope to protect me as much as they have for these past 18 years once I’m gone.

This time last year I was rolling over the Penobscot Narrows bridge in Maine contemplating “Empty Nesters” for a TeenLife Blog Post and learning the word “nidifugous” (which applies to birds whose young leave the nest early in life). Now I am more imminently faced with that concept, just five weeks from move-in day.

But, in a much greater way, I am glad I am being fledged from the comfortable nest that is “home”. It will force me to sharpen up and become a more efficient, hardworking person. It will force me to become a productive member of society. Those of you who read my blog regularly know I am a huge proponent of living and working in the real world. Now, I will be completely forced to do so. I will have to budget my time and my money. I will have to prioritize and compromise. When things go right, I stand to benefit more greatly, and when things go wrong, I stand to get burned.

From “Helicopter Parents” to “Snowplow Parents”

But some students are being deprived this important developmental step by parents who continue to figuratively stand over and in front of them, even as they go off to college. But these are not the now-ubiquitous “Helicopter Parents” known to hover over their younger children in all avenues of life. This is a new breed known as “Snowplow Parents” (so named because they try to clear the way for their grown-up children through any obstacles they encounter away from home). But snowplows also destroy yards, kick up a plethora of roadside stones, and do a number on asphalt thoroughfares.

So too do so-called Snowplow Parents do much more harm than good for their offspring. The abstract from a study in the Journal of Child and Family Studies (and reported by Bella English in The Boston Globe says that helicopter and snowplow parenting had “negative effects ... on college students’ wellbeing” because they represented a “violation of students’ basic psychological needs for autonomy and competence.”

Negative Effects of Being Overprotective

And these negative effects were drastic. In a survey of 297 college students, those participants “who reported having over-controlling parents,” write the study’s authors, “reported significantly higher levels of depression and less satisfaction with life.”

So, just how does this harmful “Snowplow parenting” manifest itself, most pressingly for those students entering college? There’s a list of rather troubling anecdotes in the Globe article, but the long and short of it is this: these snowplow parents act as unwelcome liaisons between the student and their college or university. They spring into action whenever their student encounters what they perceive as a problem or obstacle – even when the student might not ask them or even prefer they remain quiet.

One reason behind these rather disturbing new developments in the annals of parenting, according to the Boston Globe, has to do with parents wanting to “help” their children, who they see as delicate and unable, psychologically, to fail. Unfortunately, by not backing off a student and allowing this failure, they are in fact weakening a student’s ability to overcome failure in any form.

In the article, Boston College Dean of Students Paul Chebator said, “It’s to the point where some of our students not only have never experienced adversity before, but they have no idea how to deal with it when they do.”

So, how can parents, students, and schools work together to end this problem?

Some institutions already have rules on the books that disallow faculty from talking to anyone but the student themselves concerning his or her academic career, according to the Globe, but more can be done at home to remedy this issue.

Students need to acknowledge to themselves that they need to be permitted to try and possibly fail by themselves as it is integral to their development. They also need to confront parents who may show snowplow tendencies by voicing their objections and respectfully requiring their own independence.

And parents need to let go. This does more harm than good. You’ve spent eighteen-or-so years preparing your child the best you could. Now, to return to the bird metaphor, it’s time to let them spread their wings and fly in college. This doesn’t mean you have to be absent altogether, though.

Your student will still need your love and support, and maybe even your help when they ask for it. They’ll still want to hear from you and ask for your advice. Many schools even offer ways for parents to brighten up their students’ days with small gifts of food or college gear. Just realize that it’s a new type of relationship, much different from the old.

This is the student’s time to shine. Sure, this may bring stinging failure from time to time. But it will also make the victories that much sweeter.