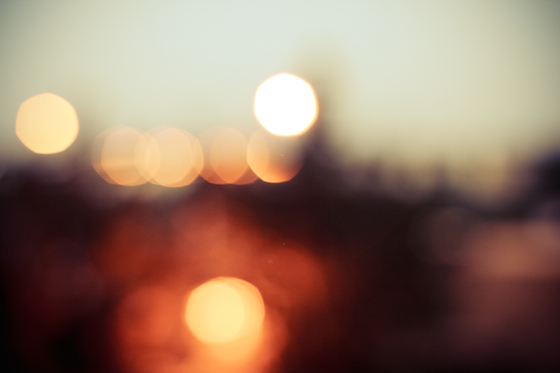 Madison Holleran had always been a happy kid. In high school, she was a varsity athlete (track and soccer) and an A student. Madison was looking forward to attending a top tier college and running for their track team. Her father Jim Holleran recalls, “After her first week at school she tweeted about college, ‘This is the greatest place on earth.’”

But the transition from high school to college was difficult for Madison. She missed home and her family. The academic and athletic demands were intense. Madison was used to being a high achiever in the classroom and on the track. Even though she was doing very well, she had trouble meeting the expectations she placed on herself. And she felt guilty for not being happy, telling her father in a phone conversation, “I see other girls that are happy here – why aren’t I?”

In December, Madison told her parents she was depressed. Jim says, “I could see it. Her face was white and she just wasn’t herself.” Her parents took her words seriously and brought her to see a therapist. She seemed to be feeling better so after winter break, Madison returned to college with the agreement that she could transfer if she wasn’t happy. Days later, she committed suicide.

Suicide is the tenth leading cause of death in the United States and the second leading cause of death among teens and young adults. It is estimated that close to one million people attempt suicide each year and that over 41,149 lives are lost each year due to suicide. Nine out of ten people who die by suicide have a diagnosable mental illness at the time of their death.

Depression can happen to anybody at anytime. Even someone who seems to “have it all” can be depressed. In the case of Madison, her depression came on suddenly and she had no history of mental illness. There are many risk factors for teen depression including anxiety disorders, eating disorders, family conflict, peer and or romantic problems, and substance abuse disorders.

Dr. Jill Harkavy-Friedman, Vice President of Research, American Foundation for Suicide Prevention (AFSP) says, “Mental health concerns such as depression, psychosis and alcohol and drug use are almost always present when someone dies by suicide. Many of these problems first surface after puberty. Early intervention can be the most effective, so teaching young people to pay attention to their mental health, as much as their physical health, can have a huge impact.”

The signs and symptoms of teen depression can be varied and can come on suddenly. Parents should keep an eye out for the following:

Depression and suicide are difficult topics to talk about. “We know that talk saves lives,” says Dr. Harkavy-Friedman. People may be confused about what to say when someone is in a mental crisis or worry about violating the person’s privacy. Dr. Harkavy-Friedman explains, “If you are concerned about someone or notice a change of any kind, check in and ask the person how they are doing and talk about what you noticed. If you have concerns, ask about whether the person is feeling like dying, disappearing or has thought about ending their life. Encourage them to see a professional and help them to get there if possible. Getting help is a very positive thing to do.”

One of the ways to get the conversation started is by participating in one of the more than 400 Community and Campus Walks that the AFSP holds each year. These Out of the Darkness Walks are the AFSP’s largest source of funding for research, education programs, advocacy and support for those affected by suicide.

Dr. Harkavy-Friedman says, “The event organizer named it Out of the Darkness because the walk was held from sunset to sunrise – so people were literally walking out of the darkness. The name served a dual purpose as suicide is often kept a secret, but it’s AFSP’s mission to bring more awareness of suicide, and that it’s preventable.”

The Campus Walks launched in spring 2010 and this year the AFSP expects more than 15,000 students to walk at more than 118 high school and college campuses across the county.

The Goal of the Madison Holleran Foundation

In conjunction with the AFSP, Jim and his wife Stacy started the Madison Holleran Foundation to help high school and college students who suffer from depression. The organization’s mission is to help prevent suicides and to assist those in a crisis situation with phone numbers and resources.

College freshman can be especially vulnerable to depression. Jim says, “Madison was so well known in high school and in our small community, it was hard for her start over. She was a perfectionist and she put pressure on herself to be the best student, the best runner, the best friend, etc. She was struggling, like many teens do when they first go to college, and she didn’t want anyone to know.”

By sharing Madison’s story and setting up the foundation, her parents hope to help other teens in crisis. Jim says, “We believe if Madison truly understood the pain her actions would cause her family and friends, she never would have done what she did. If the foundation can reach just one teen in crisis and make them stop and get help, we will have met our goal.