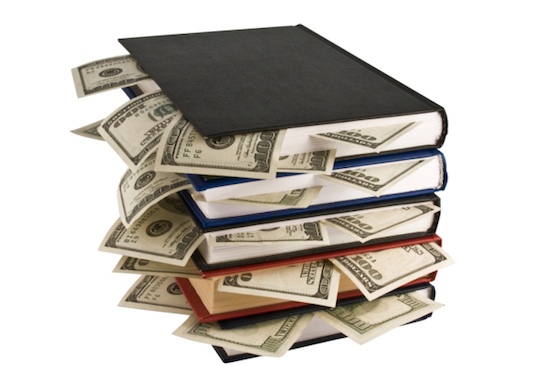 Baby boomers (my parents) often refer to my generation as lazy, entitled, and under accomplished, especially in the context of holding a job throughout high school and college. Millennials, after all, have grown up with computers, the Internet, and a booming technology industry; work is naturally easier and faster to do with little effort. I agree that my generation is used to achieving results fast, without using much brainpower. But I disagree that college students who take out loans instead of working throughout college are simply “entitled.”

Working Your Way Through College

A recent article in The Atlantic summed up perfectly how I, a 22-year-old millennial, feel about this comparison of generations. It’s not that my generation doesn’t want to work or doesn’t find interest in working while going to school at the same time. The problem is that it is merely impossible to “work your way through college” in this day and age.

The article by Svati Kirsten Narula, titled “The Myth of Working Your Way Through College,” reveals that today, the average student’s annual tuition is equivalent to the paycheck you would get after working 991 hours at a minimum wage job. This boils down to a 48-hour workweek while also attending school full-time. The math just doesn’t add up—there are not enough hours in the day, month, or year to work, take classes, and pay for college, simultaneously.

A graduate student, Randy Olson, did some research on this issue, after being lectured by his grandfather about paying his way through college. He found an article on reddit.com, written by a Michigan State University student, which stated, “A credit hour in 1979 at MSU was 24.50, adjusted for inflation, that is 79.23 in today dollars. One credit hour today costs 428.75.” In 1979, while working at a rate of $2.90, a student with a 12 credit hour course load could theoretically pay for a college semester after working full-time for two weeks or part-time for one month. Olsen went further, and calculated the hours an average student would need to work to cover the tuition at a 4-year public university in the U.S. The graph is shown here:

Is it realistic for a full-time student to work almost 1,000 hours in a year? Absolutely not. Would an average student be willing to pay for their college, or “work their way through college,” if they could? While no data exists, I believe the answer is yes.

Are We More Motivated?

Anybody who is currently in college, has went to college, or reads the news at least once a year, knows that there is a student debt crisis in this country, which worsens every year. In fact, seven in 10 college seniors (71%) who graduated last year owed, on average, $29,400 per borrower. From 2008-2012, average debt at graduation rose by six percent each year (Project on Student Debt).

I would assume with almost complete certainty (again, there is no data to prove this) that any one of these students with over 25k of debt would choose to work part-time for one month in order to pay their way through a semester. I bet that these students would even choose to work part-time all year long to avoid student debt. But because this is simply not feasible, it is impossible to prove how motivated today’s students would be if they lived, for example, in 1979.

Our grandparents and parents most likely did not graduate college with thousands of dollars in debt, and don’t know how this pressure weighs on a 22-year-old. 30 or 40 years ago, taking out loans could be seen as the easy way out—a way to get fast cash to fund your lifestyle, while not working a steady job. But let it be known that in 2014, loans are often the only option for a college student looking to get a 4-year degree. If anything, these students could be considered more motivated to get educated and, eventually, employed, than past generations.