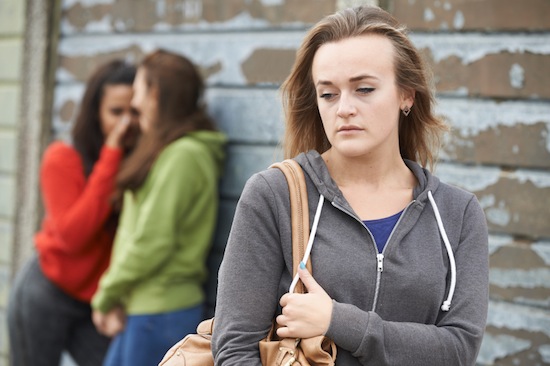 Many parents consider that teens falling out with friends, or being ignored and excluded, are a natural part of their child’s social interactions, and nothing to worry over. However, research identifies that being shunned, even for a short period, can have long-term and potentially serious side-effects.

Why Ostracism Can Be so Harmful

Although deliberately shunning another child over a sustained period is a severe form of bullying, its long-term effects are rarely seriously considered. Many put it down to typical child behavior, and physically bullying, which invariably leaves marks or bruises, is generally a lot easier to identify.

Kipling D. Williams, a professor of psychological sciences at Purdue University, says that when ostracized, the part of the brain that deals with registering physical pain is triggered. Extensive research carried out by Professor Williams, a published author and expert on the subject of ostracism, highlights in a report co-authored with Steve A. Nida, a professor in psychology, that “being excluded is painful because it threatens fundamental human needs, such as belonging and self-esteem. Again and again research has found that strong, harmful reactions are possible even when ostracized by a stranger or for a short amount of time."

The Three Stages of Ostracism

Professor Williams states that ostracism involves three stages. The first is the act of being ignored or excluded; the second is how the person being shunned reacts to the situation; lastly, comes resignation. Depending on the individual, these can vary enormously. In the second stage, some will go to extreme measures to be noticed and included, such as obeying orders or mimicking. Professor Williams feels “they will go to great lengths to enhance their sense of belonging and self-esteem.”

Professor William’s research highlights that if the ostracism continues over a sustained period, resignation often sets in, and brings with it powerful feelings of sadness and helplessness, which can lead to depression, a less helpful attitude, and an increase in aggressive behavior.

The Effect of Ostracism on Teens

The power of ostracism lies in evolution: as primitive humans, we worked together better, and survived a lot longer, if we were included and accepted into the group. It stands to reason that teens are particularly susceptible to the effects of ostracism: this is a period of increasing self-awareness, when kids are often scrabble to figure out who they are, with an almost tangible need to want to fit in. Being deliberately ignored is simply excruciating at this age.

Once the effects of peer rejection or exclusion have taken hold, they are difficult for a teen to overcome. Their work will generally slide, giving an overall poor performance in all aspects of school. As touched on above, ostracism is also incredibly damaging to self-esteem, increases the likelihood of depression and suicide, and can lead to aggressive (even bullying) behavior towards others.

Ostracism is Not Limited to the Playground

A study by the University of Kent in England, and published in the British Journal of Developmental Psychology involved young children, adolescents and adults, and featured an online game where certain individuals were deliberately ignored during play. The participants were then asked to rate their experience, and how much they enjoyed the game. Professor Dominic Abrams, who led the research, found that "for all age groups, online ostracism substantially threatened the four basic needs—esteem, belonging, meaning and control—and also lowered their mood, showing that social exclusion online is very powerful even among children.”

Additionally, the study showed that out of the three age groups, the adolescents (aged 13 and 14) were most affected by feelings of belonging, which seems to determine that young teens have a greater need to be included than other groups.

How to Help Your Teen Deal with Ostracism

It’s impossible to prevent ostracism entirely, and most children will experience it to some degree. Teens are notoriously sensitive and could be upset over a misunderstanding or been excluded unintentionally, and it is important to explain the difference between this and deliberate shunning and bullying behavior.

However, if your teen expresses that they are being excluded, it is important to take their concerns seriously. Give your child the opportunity to talk about it, in their own time and words, and don’t offer reasons why you feel they are being left out, such as being shy. Whatever the perceived reasons, it is still unacceptable and hurtful.

Although it is understandably difficult, try not to get angry, name-call the offenders, or try to resolve it yourself. Instead, teach your teen ways to feel empowered, rather than powerless, and let them come up with their own solutions. You can also help your teen widen their social circle by encouraging new after-school activities, or finding different friends at school. Ultimately, your teen needs to know that although they can’t change the way others behave, they can control their reaction to it.