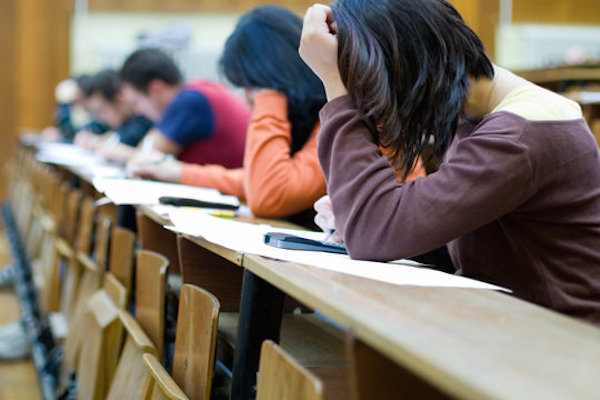 It seems like a great idea: A college policy that allow students to choose if they want test scores to be considered in the application process, easing pressure and leveling the playing field, especially for students who just aren’t great at taking tests.

While the trend keeps growing, however, some schools are tightening the requirements and some critics are saying colleges are benefitting more than students.

In the long run, the policy will probably mean more schools will have test-optional policies but will be more restrictive about it and have skewed numbers to promote themselves.

The concept, which first was offered about a decade ago, is now an option for more than 800 post-secondary institutions, according to the National Association for Fair and Open Testing, a vociferous critic of standardized testing. While many of these schools are specialty or religious schools, there’s no denying that opting out is increasingly an option.

While test-optional policies have not accomplished all that was promised, they will continue to be implemented at a growing number of colleges, says Andrew Belasco, CEO of College Transitions, a college admissions research and consulting firm in Athens, Ga. Selective schools, however, will continue to require testing in part because scores are a way to quickly screen large numbers of applicant - and they simply don’t need to to compete for opt-out students, he says.

But Belasco is among those who say that the while the no-test policy has merit, it also has limitations. “It is certainly valuable on its face, but I think there are legitimate concerns about how some schools are using the policy to their benefit,” he says.

And, based on a College Transitions report, the policy has not helped minority and/or low-income students get into schools.

Debbie Stier, author of the book “The Perfect Score Project: Uncovering the Secrets of the SAT” notes in an article in Time Magazine, that the policy may mean some students are not eligible for merit aid. It can also skew college rankings by eliminating the lowest test scores and increasing the number of applicants (implying that the school is more exclusive).

Despite the concerns, however, Lori Potts Dupre, an educational consultant who helps families in suburban Washington, D.C., says that there are benefits.

“I have seen more students who are interested in the test-optional schools and more schools offering it,” she says. “And it makes sense. We know a student's academic record over four years in high school is a much better indicator of how they will perform in college anyway.”

Even some selective schools such as St. John’s College, Sarah Lawrence, and Bryn Mawr colleges, and tech schools such as Worcester Polytech Institute have implemented the policy.

“There are many really talented students who are not good at taking tests,” she says. “So, if nothing else, just knowing that low test scores won't completely restrict their ability to apply to a broad array of schools is a huge relief.”