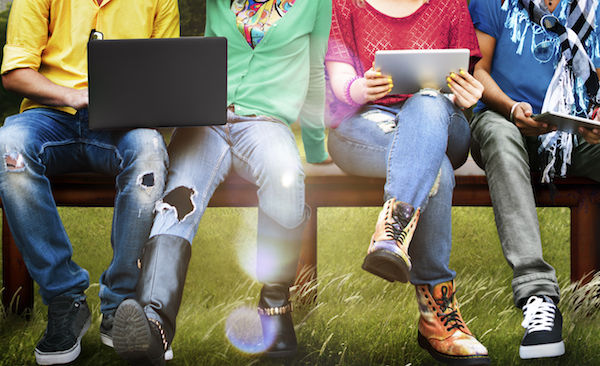 One of the hardest things about choosing a college was rejecting my best friend.

OK, I didn’t really reject her. I just didn’t go to the same school she went to, but at the time that’s what it felt like on both sides. I agonized over this decision and I tried to talk myself into liking her first-pick. It was a popular choice among kids in my high school and my mom loved it, too. But it simply wasn’t for me, and after having spent my high school years being that kid who kept her head down, went along with her friends and didn’t make a big splash, I was ready to cannonball!

For many of us, choosing where to go to college is our first big leap out of the nest, the first chance we get to assert our own needs and quit running with the pack. It can be scary when what your peers want don’t quite line up with what you want.

I also realize now that when it came to college plans, I was especially influenced by attitudes and opinions from outside my family because my parents, while very supportive of my academic dreams, didn’t have college degrees themselves. This was new territory for us as a family and it was a tempting idea to go somewhere I’d have ready-made friends, a lifeline to all that was comfortable and familiar. But all these years later, I am endlessly grateful that I listened to my intuition and followed my heart.

The Right College is a Culture Fit

The school I ended up choosing had a lot to offer me academically and I was awarded an excellent scholarship. Ultimately, however, what sealed the deal was that it was a good culture fit. It wasn’t a big sports school or a party school. It attracted kids who were a little bit bohemian, a little nonconformist. The vibe on campus was artsy, laid back, yet at the same time serious in a good way. I could feel on the tour that this was an environment that would stimulate and challenge me intellectually and artistically, and where I could even be a little bit weird or unique.

In contrast, I felt an uncomfortable social pressure while touring the school my friend had picked. Let’s just say it was more of a football and frat keggers type of campus, and it struck me as an environment where I would get caught up jockeying for position in a social scene that I really didn’t like. It was also a bigger school than the one I ended up choosing and the campus sprawled somewhat through a town, while my school’s campus was set well away from the nearest city and had the feel of being its own little world. That geographical setup made for a more nurturing environment in my eyes. A few years later when I went to grad school I was ready for a big university set in a city, but fresh out of high school I certainly wasn’t! The important thing is that you honor what feels right for you.

Did going to a different college from my best friend damage our relationship? I’ll be honest, it did for a while. It was the first big test that exposed how different we were from each other, and how divergent our priorities. It also put an end to my high school pattern of following her lead, rather than my own path. In took some time, but in the end we learned you can keep in touch while still moving on.

Such transitions can be difficult, but trust that your intuition is valid and that when it comes to major life decisions like choosing what college to attend, the atmosphere of a place, and how it makes you feel on that gut level is valuable information worth heeding.

[Looking for more info on college? Here's why college is not going to be like high school.]