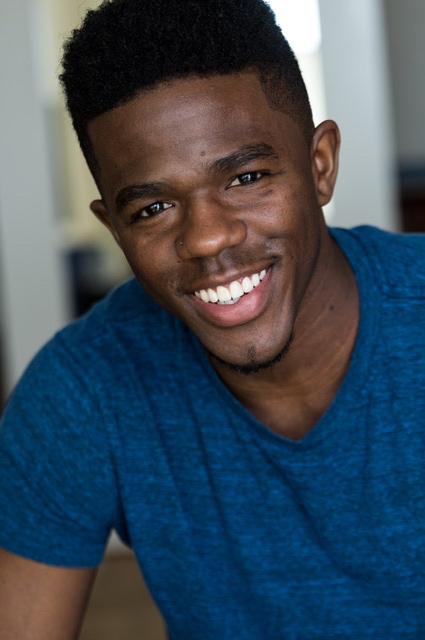 How did you discover your passion for acting?

The reason I became an actor is because there are a plethora of things that I need to say, and I simply do not have the words to say it. For as long as I can remember I have always been a person of extreme emotion and empathy, always trying to understand and identify with the motivations of someone else's actions. My first "aha" moment happened while watching the film Antoine Fisher. That movie impacted me on a level I had not anticipated. The dynamic between Derek Luke and Denzel Washington evoked something in me that had not resonated within me until that moment. Also, the relationship between Derek Luke and Viola Davis forced me to take a look at my relationship with my parents. I did not know it at the time, but that was the start of my journey into acting and my eventual studies at Neighborhood Playhouse.

What’s your favorite part about performing?

The part that excites me the most about acting is the therapy I receive from releasing tension and emotion. It is an outlet that I found works for me the same way playing basketball and boxing does.

What’s the hardest part for you about performing?

Being an athlete, I would say I approach acting the way I do sports, which can get in my way because as an athlete, I want to "get it right" all the time, be perfect. In acting, that does not exist, which to me was the hardest part to accept – having to submit to the idea that you are not going to "get it right" or "perfect" but instead be as prepared as possible.

Why did you pick this particular college?

I chose a Conservatory over a university because I wanted to go to an institution that specialized in acting and everything else that involves the craft. I had already finished three years of college, and I grew tired of that scene. My mind and body were ready to take the next step and do something that I actually wanted to, which was attend a theatre based program. I was introduced to The Neighborhood Playhouse by an uncle who is an actor in Los Angeles. His exact words to me were "If I could go back in time, I would attend The Neighborhood Playhouse." That was all I needed to hear. During my time there I felt at home. The faculty was fantastic and I was among talented and like-minded classmates who had the same goals and aspirations as I did. The training speaks for itself; the school is legendary. There is a classic aura in that building, and once you come in contact with it, it sticks with you. You simply have to experience it for yourself. If you cannot already tell, I am quite proud to be a graduate of The Neighborhood Playhouse.

How do you think this program will help in what you want to do next?

Since graduating, I have worked in two equity off-Broadway plays and was nominated for a Clive Barnes award. I also booked two television pilots and won Best Actor at one of the best Independent Television Festivals. The pilot was then picked up for distribution recently, and I will be shooting that sometime in the near future. The second pilot I booked was for TNT. As far as representation, I signed with a manager within three weeks of graduating and am also signed with one of the top five agencies in the business. I say all of that to acknowledge The Neighborhood Playhouse because without the training, none of this would be possible.