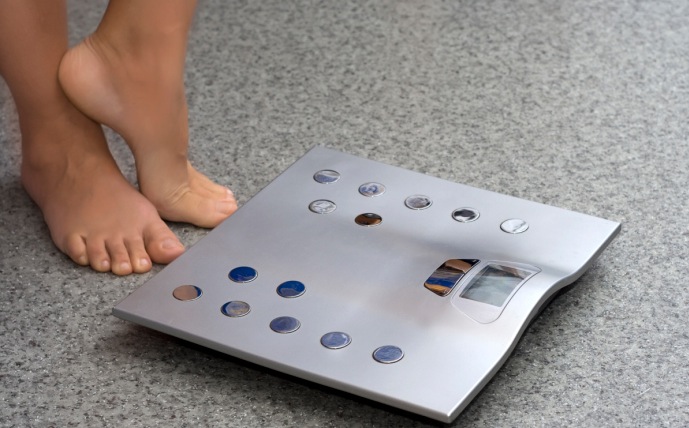 Frances Chan is a 20-year-old undergraduate at Yale University. In September, Chan went to the campus cancer center because she found a lump in her breast. The lump in her breast turned out to be benign but her visit spawned university health officials to become concerned about her weight. At 5’2” and 90 pounds, Chan was definitely thin but had confessed weighing the same amount since high school and had never experienced any medical issues due to her weight.

Chan wrote about her ordeal in an essay for the Huffington Post. Since December, Chan has been subjected to mandatory weekly weigh-ins, a range of medical tests and several meetings with medical professionals, including a nutritionist. Chan said, “The medical professionals think I have an eating disorder—but they won't look past the number on the scale, to see the person right in front in them.”

When numerous attempts to convince campus health officials that she was fine failed, Chan decided to start a weight-gain diet to get them to leave her alone. In an effort to get “healthy”, Chan ate tons of junk food and took the elevator in favor of the stairs. Basically, she followed the reverse rules of her friends, and many college coeds, who were trying to lose weight and stay fit.

[Does your teen struggle with an eating disorder? A therapeutic program can help.]

Chan gained two pounds and thought this would be enough to get campus officials to back off. But instead they urged her to gain more weight. Chan was so upset and stressed out she remarked, “At this rate, I was well on my way to developing an eating disorder before anyone could diagnose the currently nonexistent one.”

In her essay, Chan acknowledged that eating disorders are a serious problem and that the University is right to be concerned about students having eating disorders. However, in her case, the school is basing their incorrect diagnosis solely on numbers—her weight and body mass index.

Education on Eating Disorders in College

Claire Mysko, who oversees teen outreach on behalf of the National Eating Disorder Association (NEDA), agrees with Chan’s view that colleges need to be better educated when it comes to eating disorders. Mysko says, “Everyone has a ‘set point’ weight that is healthy for her/his body and it can be dangerous when you try to manipulate that natural weight either through a weight loss or weight gain diet. While a low BMI can be one indicator of an eating disorder, it is not an accurate diagnostic tool. The bottom line is that you cannot make a judgment about someone's health based on BMI alone.”

Eating disorders are a serious problem on college campuses and can have life threatening consequences. According to the National Institute of Mental Health, 25 percent of all college students struggle from an eating disorder and a 2013 study by the National Eating Disorders Association (NEDA) shows eating disorders have increased on college campuses. Mysko says, “College can be a triggering time for young people who might already be vulnerable to developing an eating disorder. Colleges are high-pressure environments both academically and socially, and for many students college is their first time away from home and their support systems.”

While colleges do need to be concerned about students having eating disorders, they also have to remember that these disorders come in all shapes and sizes. Mysko explains, “The media tends to focus on stories about young women struggling with anorexia or ‘dying to be thin’, but the reality is that many, many people with eating disorders are average weight or even medically overweight. Conversely, it is certainly possible to be very thin and not have an eating disorder.”

Mysko continues, “I think what Chan's case illustrates is that these efforts need to be developed and implemented with the knowledge that eating disorders are complex illnesses with complex roots, and they affect many students of all sizes. Interventions shouldn't be about singling out particular individuals based on size alone. They should take into account that eating disorders are about much more than weight.”