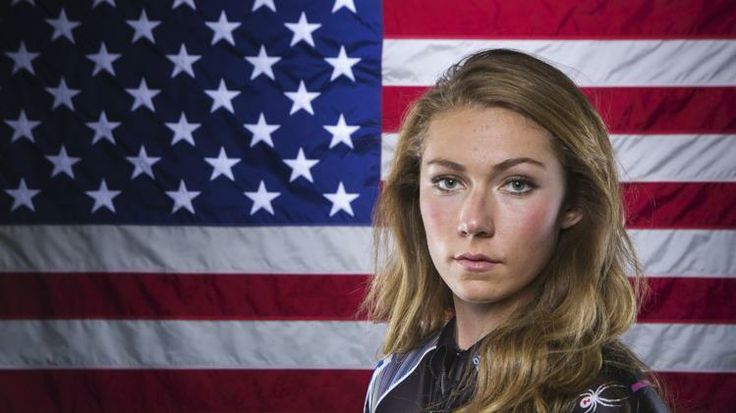 The 2014 Winter Olympics may be over, but Americans can't get enough of 18-year-old Mikaela Shiffrin. The breakout star of the Sochi Games graces the March 3, 2014, cover of Sports Illustrated, and her picture already appears on the Wheaties box, says Sports Business Daily. In case you missed it: Shiffrin won Olympic Gold in the women's slalom last Friday, becoming the youngest Alpine medalist in U.S. history and the youngest-ever winner—male or female—of any Olympic slalom. Shiffrin's victory wasn't a fluke; entering the Olympics, the teenage phenom was the No.1 ranked women’s slalom skier in the world.

The so-so skier in me is envious of her natural athletic gifts: She is graceful, tenacious, and fearless. But the mom in me is even more intrigued by her poise and down-to-earth attitude off the slopes. Here is a girl who entered the World Cup circuit at the tender age of 15. How in the world did this skiing prodigy accomplish so much—and avoid crumbling under the pressure, a la Justin Bieber?

The more I learn about the Shiffrin family, the more I view Mikaela Shiffrin's success as a case study in what to do right as a parent of a teen athlete. What comes across loud and clear in every interview I've read is a strong set of parenting values that often go against the accepted rules of elite athletic training. Among the most interesting and thought-provoking rules that all parents can benefit from (whether you're raising an athlete or not):

The Shiffrins didn't set out to raise a gold medalist; instead they set out to nurture Mikaela's love of skiing and other sports. Shiffrin noted in Sports Illustrated, “Everyone wants to replicate what I’ve done… I remember skiing as a family recreational thing. I feel like we did it differently.” As parents, we should commit to helping our kids develop lifelong pursuits that make them happy, first and foremost. Success will follow (well, maybe not Olympic Gold, but I'm OK with that!).

Focus on training and be selective about competition

Shiffrin credits her unconventional training as the key to her rapid rise in the ski world. Her parents and her coach, Kirk Dwyer, encouraged her to be selective about races and favored quality practice time instead. Shiffrin told the The Boston Globe, “Why would you want two runs in competition when you can get 15 runs in training? I don’t need racing experience to be able to race well. I learned that because Kirk had me stay back from a lot of races and train." What a refreshing idea for all parents and coaches across youth sports: What if we emphasize mastering and enjoying sports, no matter how old our kids are? What if we change the current culture of endless games and competition? Maybe more kids would thrive and enjoy themselves—whether they're on the ski team or playing in Little League.

Be a hands-on parent

At first, Eileen Shiffrin raised eyebrows on the World Cup circuit for insisting on accompanying her then-15 year-old throughout the international tour. The result? In three years on the circuit, Mikaela Shiffrin has turned into an accomplished, yet grounded, athlete. Eileen Shiffrin followed her parenting instincts, and that paid off. What does this mean for the rest of us, who aren't touring the world with a champion skier? As parents, it's our day-to-day involvement with our children that keep them well adjusted and focused on their goals—whether athletic or academic.