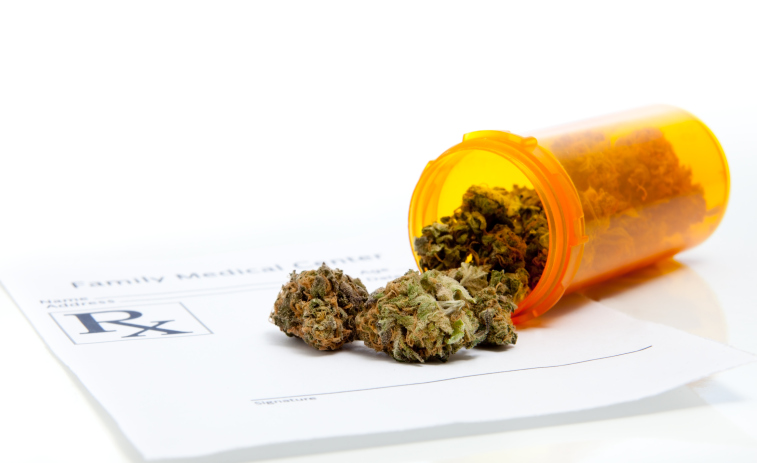 Like many parents, Lisa Bonaquist talks with her two teenagers about marijuana. When her 16-year-old argues that compared to alcohol, it’s relatively safe, the Saratoga, New York, mother has a simple retort: “It’s illegal and if you get caught, there are consequences.”

At least for now.

New York may someday follow in the footsteps of 20 states and the District of Columbia, where marijuana is not quite as illegal as it once was. In these places, physicians may now authorize patients to use medical marijuana for certain purposes, like relieving nausea caused by che- motherapy or treating chronic pain. New York is poised to launch a pilot program that will allow up to 20 hospitals to distribute medical marijuana for some serious illnesses. Meanwhile, recreational marijuana is now legal in Colorado and Washington for adults 21 and older.

What does the loosening of marijuana laws mean for teenagers and families in these states? As attitudes toward marijuana grow more liberal, will this affect pot use in young people? Should parents be concerned, and if so, what can they do?

Do Relaxed Marijuana Laws Lead to Increased Use?

Nationwide, marijuana use by teenagers has been rising slowly for several years. In 2013, one in 15 high school seniors was a daily or near-daily user. That year, about 13 percent of 8th graders, 30 percent of 10th graders, and 36 percent of 12th graders had used marijuana in the past 12 months, according to the University of Michigan’s Monitoring the Future (MTF) study, which has been tracking legal and illicit drug use by Americans since 1975. The study also found that teens’ perception of marijuana’s risks has decreased in recent years, a trend that addiction specialists believe will likely lead to more young people using in the future.

Is there a connection between the legalization of medical marijuana in some states and these trends? Many who work in the addiction field say absolutely “Yes.” “I’m very concerned about the legalization of medical marijuana as it relates to young people,” says Kevin Hill, M.D., an addiction psychiatrist at McLean Hospital in Massachusetts and Assistant Professor of Psychiatry at Harvard Medical School. “Medical marijuana sends the wrong message. The implication is that it is safe. The marijuana available today is 15 times stronger than what these kids’ parents were exposed to. And the price will go down as access increases. Easier. Stronger. Cheaper. Those three things are reasons to be concerned.”

The MTF study also found that of the 12th graders who had used marijuana in the 12 months prior to the survey and live in states where medical marijuana is legal, 34 percent said that one of their sources of cannabis was another person’s prescription.

What does the research say about the link between medical marijuana legalization and teen use? You can count on one hand—actually, one finger—the number of published, peer-reviewed studies looking at this connection. Furthermore, the study’s conclusions are open to debate. The 2011 study found that in the 16 states that had legalized marijuana up until then, adolescent marijuana use was higher than average. But there’s a caveat: In half of those states, even before legalization, teen use was already higher than average. Several other researchers questioned the study’s methods, so they did new research. The new study found the opposite conclusion: that medical marijuana laws do not result in increased teen pot smoking. The first authors disagreed with the new findings.

Nevertheless, Paul Armentano, deputy director of the National Organization for the Reform of Marijuana Laws (NORML), a non-profit that advocates for the legalization of responsible marijuana use by adults, believes liberalization of marijuana laws does not affect smoking rates among young people. He asserts, “It goes back to the 1970s, when 12 states experimented with decriminalization and you didn’t see a rise in use. The thinking was that if you reduce the penalties, you’ll send a message that marijuana use is okay and attitudes will change and there will be an explosion in marijuana use. That never came to fruition.”

While scientists debate the national studies, Jo Morrissey, a project manager for 21 Reasons, a substance abuse prevention program in Portland, is clear about what’s going on in Maine, where medical marijuana has been legal since 1999. Usage went up in Portland—the state’s largest city— after the pot laws were relaxed further in 2009. “When that happened, the number of Portland teenagers in grades 9 through 12 who had used in the past 30 days went from 23 to 28 percent,” says Morrissey. “Those who use marijuana as youths are more susceptible to use disorders—dependence in general. Instead of learning how to deal with stress by meditating, exercising, or listening to music,their first go-to is a substance and that tends to stick.”

Professionals who work with teenagers emphasize that their developing brains make them particularly vulnerable to the effects of marijuana. “Between 12 and 15, there’s all this amaz- ing neuronal growth going on, especially in the prefrontal cortex, which affects judgment, risk taking, and decision making,” says Jan Hamilton, a psychiatric nurse practitioner in Arizona—where medical marijuana has been legal since 2010. She’s also the founder of Doorways, an Arizona-based outpatient mental health treatment center for adolescents and young adults. “A quarter to half of the kids we see are using it or have used it. While it’s not a big problem for a lot of our patients, I do see kids who end up losing their motivation and experiencing school failure because of memory. They have difficulty paying at- tention and pretty soon they’re skipping school.”

The Legal Point of View

Carolyn Witkus, a family law lawyer in Colorado, where medical and recreational marijuana is now legal, views the relaxing of marijuana laws and attitudes from a different perspective. She sees it as a potential source of conflict in families where parents have differing attitudes toward pot smoking. And that friction can intensify when parents are divorcing.

“It’s a huge problem in custody issues,” says Witkus, a shareholder with the law firm Gutterman Griffiths PC. “It used to be ‘Dad is smoking pot. We need to look more closely at his time with the kids. He’s using illegal drugs and he doesn’t care about the consequences.’ Now it’s more the equivalent of saying, ‘Mom’s having a glass of wine after dinner.’”

But it does still raise issues, says Witkus. “How reliable is the stoned parent? How do we feel about Mom getting in the car to take the 14-year-old to band practice when she’s been smoking pot or Dad supervising a slumber party for a bunch of 12-year-olds when he’s smoking pot in the backyard?” And unlike alcohol use, where a Breathalyzer can quantify impairment, marijuana use cannot yet be measured precisely, according to Witkus.

Should parents in states where medical or recreational marijuana is legal—or may someday be— despair? What can they do to protect their teens?

Talk to them, advise substance abuse experts. “Personally, as a mom of two teenagers, I have ongoing open conversations with my kids,” says Morrissey. “These public conversations about legalizing marijuana are an awesome opportunity to have conversations with your kids about what your expectations are. Have these talks early and often. And discuss what the consequences of use could be—and not just the disciplinary consequences. They have to understand the health and well-being consequences as well.”

Morrissey also believes that as teens get older, parents should listen more than talk. She advises, “Ask them what they are seeing, hearing, and thinking about with regard to drugs. Let them lead the conversations.”

Marijuana by the Numbers

To read more articles from this issue of Life with Teens, visit our digital magazine!