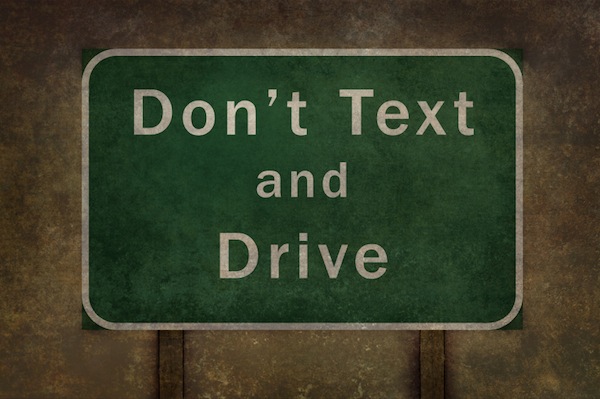 Let’s just pretend for a moment you are driving down a busy highway going, say, 55 miles mph.

And now let’s pretend I ask you to close your eyes for at least five seconds – or about the time it would take you to go the length of a football field.

That would be insane, right?

Startling statistics on texting while driving

Well, according to a 2009 U.S. government report, that’s about how long your eyes are away from the road when you check a text and drive. And a 2013 Virginia Tech survey found that you could be distracted sending a text on your phone for an average of 23 seconds while driving – or at 55 mph, almost half a mile.

So who would be crazy enough to do that? Well about 45 percent of teens text and drive, says the Centers for Disease Control and Prevention’s 2011 survey of more than 8,000 young people. Not only that, young drivers who text and drive are more likely to engage in other life-threatening behaviors such as not wearing seatbelts or drinking and driving, according to a 2013 analysis of the CDC data published in the journal Pediatrics. So even if you’re not in the habit of texting and driving, you might be at risk riding with someone (including an adult) who does.

Based on research done with driving simulators and closed-course tracks, operators who text while driving are more likely to have delayed braking reactions and to swerve across marked lanes. In one driving simulation study, newly licensed teen drivers spent 400 percent more time not looking at the road if they were texting, according to the report in Pediatrics.

And, tasks that involved eye-hand coordination, such as reaching for a phone, dialing or texting, increase the risk of getting into a crash by three times, according to the Virginia Tech study.

You can learn how young drivers can be empowered to take a stand against texting and driving by joining the Twitter Chat at 4 p.m. (Eastern Time) Aug. 6 hosted by TeenLife, the experts in teen enrichment, and DoSomething.org, which connects teens with social action.

You can also check out DoSomething.org’s campaign “Thumb Wars” to learn how to keep everyone’s eyes on the road. Just make sure you park before checking it out on your phone.