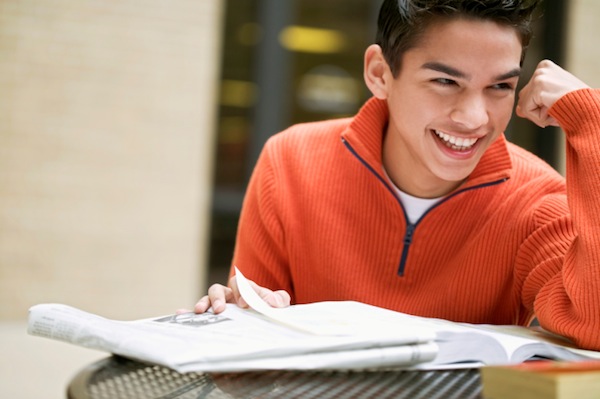 A few weeks ago, I went with my 16 year-old daughter on a college visit. When the tour started, the guide asked everyone in the group to say their name, where they were from, and what they planned on studying. Each student was more self-assured than the next with plans for majors, double majors, minors, and concentrations. When they got to my daughter, she said her name, her hometown, and then bravely spoke about her future plans by simply saying, “I have no idea what I want to study.”

Is it Okay to Be Undecided?

Like my daughter, many high school students may feel like they are the only ones who do not know what they want to major in at college. But over 50% of students come to college undecided about their major. Christine VanDeVelde, co-author of the book, College Admission: From Application to Acceptance, says, “The most popular intended major for college applicants is still undecided—that is what college is all about. Admissions officers, especially at liberal arts colleges, are looking for candidates with an open mind and a willingness to explore what is out there.”

At most colleges, students do not have to declare their major until the second semester of sophomore year, giving them almost two years to take classes and determine what subjects they want to concentrate in.

Does Being Undecided Hurt A College Application?

Some students may feel that specifying a major on their application will help them get into school. But Lisa Sohmer, Director of College Counseling at Garden School in New York, adamantly disagrees. Says Sohmer, “Many students feel a self-imposed pressure or pressure from their parents to know what they want to do before entering college. But unless you are applying for a specific program, such as engineering or nursing, most schools do not expect students to declare a major on their application.”

Locking into a major too early can make a student feel trapped. Sohmer recounts the story of a sixth grade student whose parents insisted that their daughter was going to be a veterinarian. They based this assertion on the fact that their daughter loved animals. Sohmer says, “Most eleven year old girls love animals but that does not mean they love all the education it will take to become a vet. Plus, there are many careers beyond a vet for someone who loves animals but a sixth grader does not know about all the possibilities but it felt like the parents who had decided that this would be a good profession for her.”

Even if a student does state a planned major on their application, they are not locked into it. Research indicates that as many as 75% of students who enter college having declared a major will change their mind at least once and some will change at least three times.

Sohmer cautions students if they do state a planned major on their application, their resume should support it. Sohmer explains, “If you are declaring a major in technology, schools will want to know how you got to this conclusion? Did you take computer classes or join the computer club? It is important for candidates to seem authentic.”

Part of the difficulty in declaring a major comes from the fact that there are so many to choose from. In 2010 when the U.S. Department of Education updated its list of academic programs offered at college and universities there had been a 22% increase in the last decade.

For some, through schoolwork and extracurriculars, students find something they are passionate about pursing while still in high school. For others, college is a great opportunity for teens to take a wide variety of classes and see what sparks their interest. Sohmer says, “Most students enter college knowing what they like and what they don’t. But even a student that hated math in high school may find an interesting math class at college. Plus there are so many classes—philosophy, gender studies, anthropology, etc.—that they have not been exposed to before.”

VanDeVelde asserts, “There is a danger walking into college having an exact plan. The job market changes throughout the years a student is in college and a career that sounded great years ago, might not even be an option. It can be better for students not to commit so quickly. Instead, use the first few years of college are all about figuring out who you are and what you love.”

Turning a Major Into A Career

It is understandable for teens and parents to worry about what the job market will be like and whether they will be able to find work once they graduate. Sohmer says, “All students need to be proactive and responsible for their own future. When I went to college, students didn’t visit the career services department until they were seniors but today counselors meet with students as freshmen.”

Many schools have internship and other on-the-job learning experiences available throughout the college years. These experiences give students a chance to see what it is really like to work in the field they are thinking about before they graduate. Combined with classroom course work, these opportunities allow students to really determine if their planned major is right for them.