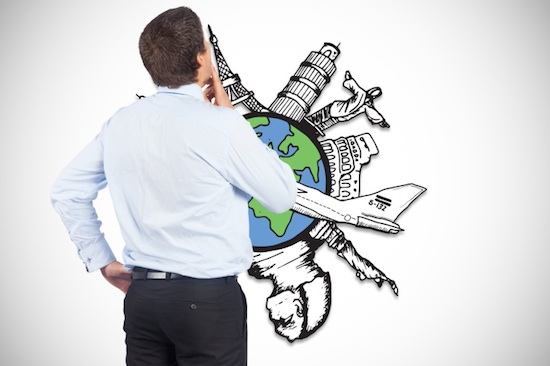 “Danny, we’re going downtown. Want to come?” Of course I wanted to come. “No thanks guys,” I replied. The next week, “Danny, we’re going to the park. Come with us!” “I’d love to but not this time.” My buddies were starting to wonder why I rarely joined them.

This pattern developed while living in Jerusalem for ten months on a study program. It may appear that I was a bona fide recluse. However, the opposite was true.

My American and European buddies on the program were delightful people, but I was on a mission. That mission was to master the local language that I was studying, Hebrew. Therefore, rather than spending my spare time with English speaking friends, it made more sense to seek out local friends who did NOT speak English.

Just because you are near the water, it doesn’t mean you’re taking a bath. Unfortunately, most people who live abroad don’t develop a conversational level in the local language. If you want to learn the language, then you must make a focused effort. Ignoring your study abroad friends in order to spend time with non-English speaking locals is just the first foot in the bath water.

On your path to lingual immersion, the second foot in the bath water is talking to strangers. The brilliance of living abroad is that potential teachers surround you 24/7. Any native speaker can become your teacher!

Most people don’t realize it, but breaking the ice with locals is gloriously simple. Just ask a language question. It’s the only strategy that you will ever need to break the ice.

While living in Japan, I made a pact that I would ask a language question to at least one local per day. Not once was I met with resistance. The people were always curious and intrigued. The interactions were as fun for them as they were for me.

One night I arrived at my local train station and had not yet asked my question for the day. There was a young, Japanese guy at the station decked out with travel gear. To fulfill my pact, I needed to make up a language question on the spot. Approaching him felt awkward, but I did it anyway.

In broken Japanese I asked, “What is the meaning of these characters?” He was very friendly and after he answered my question we started chatting (in both English and Japanese). Afterwards I dropped my bags off at home and went out to meet with him and two of his Japanese buddies.

One of those people, Shige, later became a loyal friend. We had many fun times together, including taking a trip down to Kyoto, and he became a major component of my lingual immersion in Japan.

The third rule for lingual immersion is, when speaking with locals, ALWAYS attempt to speak their language. Get ready — in spite of your efforts — they’re going to respond in English. Just like practicing their language excites you, practicing English excites them.

In this situation, you must be staunch. No matter how many times they respond to you in English, you must attempt to respond in their language. Eventually, a magical thing will happen. All of a sudden your new friend will respond in his/her native tongue because it will just feel more natural. When you arrive at this moment, congratulations! Give yourself a pat on the back. You’re making great progress.

As you further develop your language skills, you will start to have access to the people who don’t speak much English at all. These locals will always respond to you in their local language. You can think of the process like a video game where you are developing your skills and upgrading to the next level.

The fourth rule is, if at all possible, to live with locals. You may have to make special arrangements, but it is worth the effort.

While living in Jerusalem, I was placed in a dormitory with other foreign students. Together we often laughed uncontrollably and had great times but living with foreigners did not align with my values. I was there to study Hebrew so it was imperative that I lived with locals.

The placement office refused my request to live with locals so I submitted a written petition. I then marched into the office every day for a month asking about the status of my request. Such a direct approach would not have been appropriate in some cultures. In that particular culture, however, being highly assertive was the only method to get anything done. Conforming to the culture in this way actually became kind of a fun game. After a month, they finally moved me to a dormitory with locals.

The fifth rule for lingual immersion is to study at every opportunity. Study during that walk to your program or work or school. Study on the bus. Study before bed. Study while cooking. Study while hiking.

If you are fortunate enough to be enrolled in language classes, make sure you take full advantage and learn the material from every lesson like the back of your hand. If there is any time that you are going to learn, living abroad is that time!

The Final Guideline: Align Your Values

Roy Disney, Walt Disney’s big brother and cofounder of the Walt Disney Company, said, “When your values are clear, your decisions are easy.”

Set your values. Make the pact that you will do whatever you need to in order to learn the local language during your gap year abroad. Then, while living abroad, always ask yourself, does this activity align with my value of learning the language? How could I better align this time with my values? With this clear mind, you will know how to proceed in every situation.