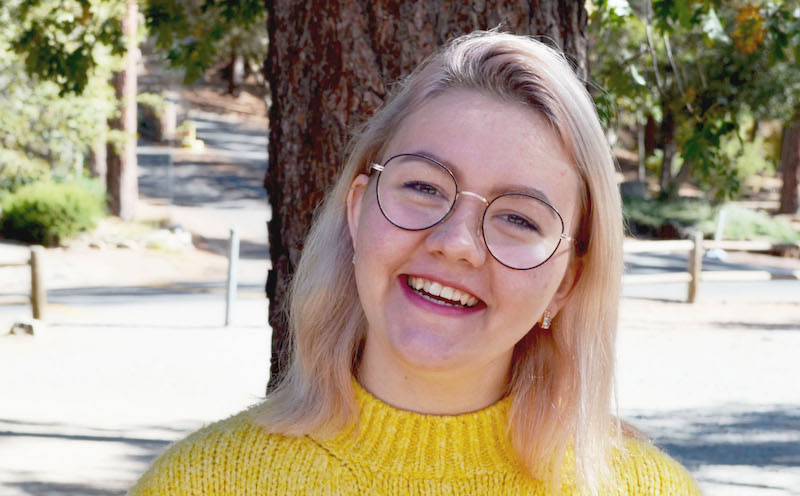 What made you decide to come to Idyllwild Arts Academy?

I found Idyllwild Arts from an international school fair in my own country, Russia, and it immediately drew my attention because of the incredible program where you would work as hard as a college student. This is a very big advantage of Idyllwild Arts: what makes it one of the best summer programs in the U.S.

What did you discover or study at Idyllwild?

My personal experience is connected with a Film & Digital Media course that lasted for four weeks and introduced me to the general idea of what film production looks like. We started from the basic rules of cinematography and screenwriting, where we wrote our own scripts and learned how to use equipment on set. The second week was dedicated to pre-production: casting, rehearsals, set design, making a shot-list, etc.

We learned a lot about crew positions on set and what each person should do, which was very fun. I was lucky to be a director of one of the films and on the other I took the position of art assistant and script supervisor. Decisions whether to put you in one position or another were made by faculty members who tried to teach you the things you were most interested in.

The third week was non-stop filming, which I enjoyed a lot. We made three films and spent two days filming each. Students in other arts departments joked about the Film & Digital Media department that they would see us only at breakfast because we were constantly working. The fourth week was a post-production time for editing our main films, but we also had time to work on some smaller projects just for fun.

What will you carry with you from your time at camp?

All the kids of the film department were close to each other. We spent days working together, which made us a little family for a whole month. You have to constantly communicate with fellow filmmakers. Now I can proudly be called an “aspiring filmmaker" because I've fallen in love with filmmaking.

You can not imagine how amazing the faculty members were. (And the summer film program used many of the same faculty as the film program of Idyllwild Arts Academy, the boarding high school where I’m a student now. At the academy, the faculty members are still amazing, so I feel so lucky!) Those people will become your friends and the best people to introduce you to this difficult work. I enjoyed the classes and when I had a tough time understanding the material, they always kindly helped me as much as I needed.