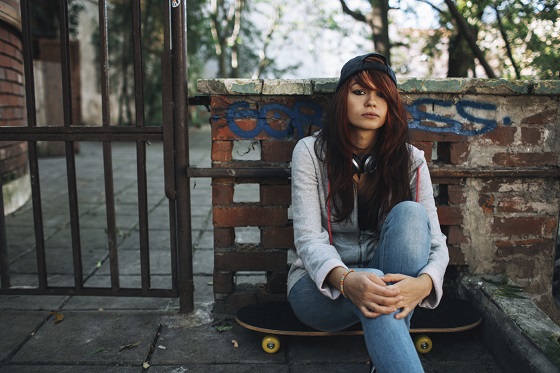 When your cherubic, smiling little person seems to transform into a rampaging angry ball of hormones overnight, it can be hard to handle. While it is common for teens to direct their rage towards the people they feel safest with (that’s you), it is often very difficult for parents to deal with.

Why Teens Get Angry With Parents

Teenagers are dealing with hormones and rapid mood changes, and it is usually mom and dad who bear the brunt of teenage angst and anger. Instinctively, teens know that parents are invariably going to take whatever is thrown at them, which provides them with the perfect battering ram to vent their hostility at the world. To make matters worse, most of us are pretty ill-equipped in knowing how to deal with strong emotions such as rage, and often feel powerless and useless.

There are many underlying causes for anger in teens, such as fear, frustration, sadness and embarrassment. Anger is often triggered by a sense of not being in control, which is a very common reaction for teens who are becoming increasingly mature and ready to face the world, yet are still tied by the constraints of parents.

How to Cope With an Angry Teen

The fundamental rule of dealing with an angry teen is to stay calm yourself. Easier said than done though, right? As the parent you need to be in command, and if you are not in control of your emotions, the situation can quickly spiral. You need to show your teen how to react under times of stress, and if you are furious, hostile, accusatory, or issuing verbal attacks, you are sending entirely the wrong message.

As with toddlers, pick your battles. If something isn’t life-threatening, don’t try to enforce it just for the sake of it. You will also quickly get a good idea of your teen’s anger triggers, and approach these subjects with caution-- and only when you are in the right frame of mind yourself.

If you feel that things are starting to become fraught, then you need to give your teen space; tell them you will leave the room for 30 minutes while they calm down and that you will return to discuss the matter later. Similarly, don’t force the issue when your teen is angry, as this will only magnify the intensity. Giving your teen- and yourself- a breather and the opportunity to calm down will help diffuse a tense situation.

It is also important to recognize the difference between anger and verbal aggression and violent behavior. If you are frightened of your teen, or they have lashed out and physically hurt you, then you will need to seek help. Intense anger and violence are often symptoms of other underlying issues and should be addressed with a medical professional.

Helping Your Teen Deal With Their Anger

Anger is a very scary emotion, for the people on the receiving end and especially for the teen experiencing it. Intense rage in teens is often debilitating, eliciting a sense of being powerless or out of control; it can also bring with it extreme guilt and feelings of self-disgust. Nobody wants to shout and scream at their parents and the wake of anger can leave them feeling confused and upset.

You should explain that anger is a normal emotion and that they shouldn’t feel guilty; however, it is not okay to rage at someone. If you allow it to persist unchallenged, kids will receive the subliminal message that it is acceptable to act in this way, which will only deepen the problem.

Therefore, make it crystal clear that although you empathize with their anger, and get why they are upset, repeated angry outbursts and threatening or aggressive behavior will never be tolerated. Although they often seem to rebel and fight against your rules at every turn, teens need strict boundaries more than ever, so ensure that you enforce consequences, such as loss of privileges, if it continues.

Always talk about their anger and explosive emotions when you are both calm, and try to explore if there is an underlying reason behind their outbursts. Look at positive ways in which teens can healthily relieve their anger, such as through sports, creative activities, or playing loud music; each child will be different, so whatever helps them de-stress is what you need to get them to focus on.

Remember that even enraged teens want their parents’ approval (although they’d never admit it in a million years). It’s not easy dealing with someone who is hostile at every turn, but the message you need to send loud and clear is that you love them, even when they are cross.