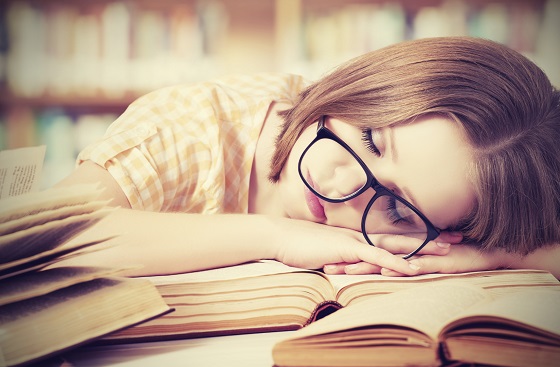 Although the detrimental effect of not getting enough sleep is well documented, especially during crucial developmental periods such as puberty and adolescence, recent studies highlight that sleep deficiency can have a more long-term effect on teens than previously imagined.

Why Sleep is So Important to Teens

Adequate sleep is vital to every human, but it is especially crucial for teens. During the teenage years, your child will need to achieve an average of nine hours each night to cope with the dramatic changes their body is going through; for example, puberty is a time when the brain develops significantly, undergoing pretty fundamental reorganization. Therefore, not enough sleep means that the brain, and other vital organs, don’t have sufficient time to rest and develop.

Additionally, lack of sleep can seriously impact your teen’s learning abilities, most notably affecting their concentration, impairing decision making and logical thinking, which can often lead to risky behavior and volatile mood swings.

Why It's Difficult to Establish Good Sleep Habits in Teens

As children start puberty, they begin to feel tired later, with their body clocks programed to become sleepy between 10-11pm (in contrast to the earlier time of 8-9pm for prepubescent children).

The demands of school can also play an integral part; although teens naturally become tired later than they once did, the time they have to get up for school doesn’t change. This means that they often get up in the morning having received far less sleep than they actually need.

Good sleep hygiene is particularly important throughout teenage years because habits established during this period (good and bad) will often follow them into adulthood and beyond, and are notoriously difficult to change. However, with fluctuating sleep patterns throughout the week (generally sleeping more at weekends), it is hard for your teen to establish the regular sleeping cycle their body needs.

Tiredness as a Badge of Honor

Often teens are their own worst enemy when it comes to sleeping. They wear their tiredness as a badge of honor, perceiving sleep as something that needs conquering; they find it amusing to compete with friends over who is the most tired, with absolutely no understanding of how important adequate sleep really is.

During teen years, the demands of schoolwork increase, with the volume of homework often taking its toll on sleep. Social dynamics also come into play, with sleep suffering when a teen’s life becomes more active; they stay out later, and may experiment with drugs and alcohol, which can seriously interfere with how well they sleep at night.

The Connection Between Sleep Deprivation and Obesity

It’s no surprise that teens who are not getting enough sleep feel tired during the day. Research highlights that the fatigue felt as a result of inadequate sleep severely interferes with eating habits, even altering a teen’s appetite.

Tired children were up to 50% more likely to crave carbohydrates than those that achieved an adequate amount of sleep. Dr. Mahmood Siddique, Director of Sleep and Wellness Medical Associates and Clinical Associate Professor of Medicine at Robert Wood Johnson Medical School in New Jersey Research, states that studies undertaken in 2011 showed “a linear relationship between carbohydrate craving and sleep deprivation; in particular, as sleep deprivation increased, self-reported carbohydrate craving also increased.” Teens not getting enough sleep are also more likely to snack and eat fast, ready-made food, as they do not have the energy to cook or seek out healthy meals.

A recently released study conducted by the Mailman School of Public Health at Columbia University and the University of North Carolina Gillings School of Public Health, involved 10,000 teen participants from across the United States. The research showed that the 16-year-olds who reported getting less than six hours of sleep per night were 20% more likely to be obese at 21 than their peers who had slept for eight or more hours.

Further to this, obese children are more likely to experience night-time disturbances such as sleep apnea, affecting the quality of sleep they get. This creates a vicious circle that further compounds the original problem of poor sleep and the unhealthy diet that follows as a result.

With more evidence coming to light concerning the side-effects of inadequate slumber, good sleep hygiene has never been more crucial for teens.