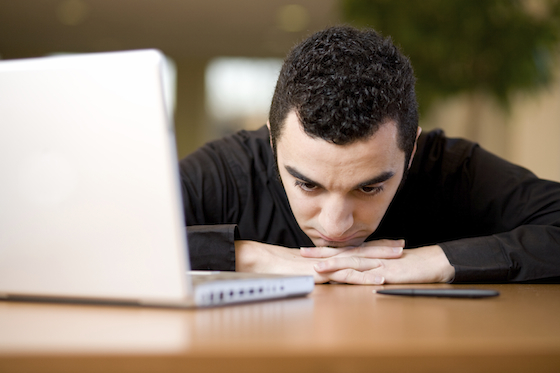 I’m well acquainted with this necessary parenting technique: I had an unmotivated student. It’s not that he wasn’t capable of achieving academic success; it was just that he didn’t have the motivation or the desire to do his best. He never soared in high school, or in the first semester of college, but he did reach his academic potential, finally.

It was hard having a child who didn’t grasp his full potential, no matter how much I told him he was capable of straight A’s. It just didn’t matter to him. Passing with average grades was good enough for him. Those grades, however, contributed to some difficult life choices and some hard lessons along the way.

In the end, there were four factors that finally motivated him academically:

My son chose the Marines over attending college; partly because of his grades and partly because the regiment and rules of the military appealed to him. My daughter worked hard in high school and attended college on several scholarships. My son watched her work hard and study and attended her college graduation with us. He had always felt she was smarter than him and that’s why she excelled. But the fact that she had that degree and he didn’t, made him think long and hard about what he wanted after his 4-year stint in the Marines.

After getting out of the Marines and immediately starting college, he crashed and burned. He wasn’t ready for the rigors of studying again and he failed miserably his first semester. After that he chose to go to work; and that meant he would be taking a minimum wage job until he found something better. That something better never came and he realized that in order to compete in the workforce, he needed that college degree.

3. The Desire to Prove Something

4. The Promise of a Positive Outcome

My son knew that a college degree would affect his ability to gain employment in a market when most applicants were college graduates. He also knew that his academic achievements would be a plus on his resume and during job interviews.

The basic point here is that motivating an unmotivated student isn’t an easy task. Unfortunately for my son, I realized too late what would motivate him. The self-motivators, like my daughter, are never a problem. It’s the ones who aren’t motivated no matter what you try.

Parents play a pivotal role in motivating teens toward college. Here are some other helpful tips that I have learned as a parent:

Applying these tips and recognizing why your student is unmotivated should spur them on to achieve success. Be encouraged that eventually their eyes open; even if it’s after they realize the importance of an education in the real world.