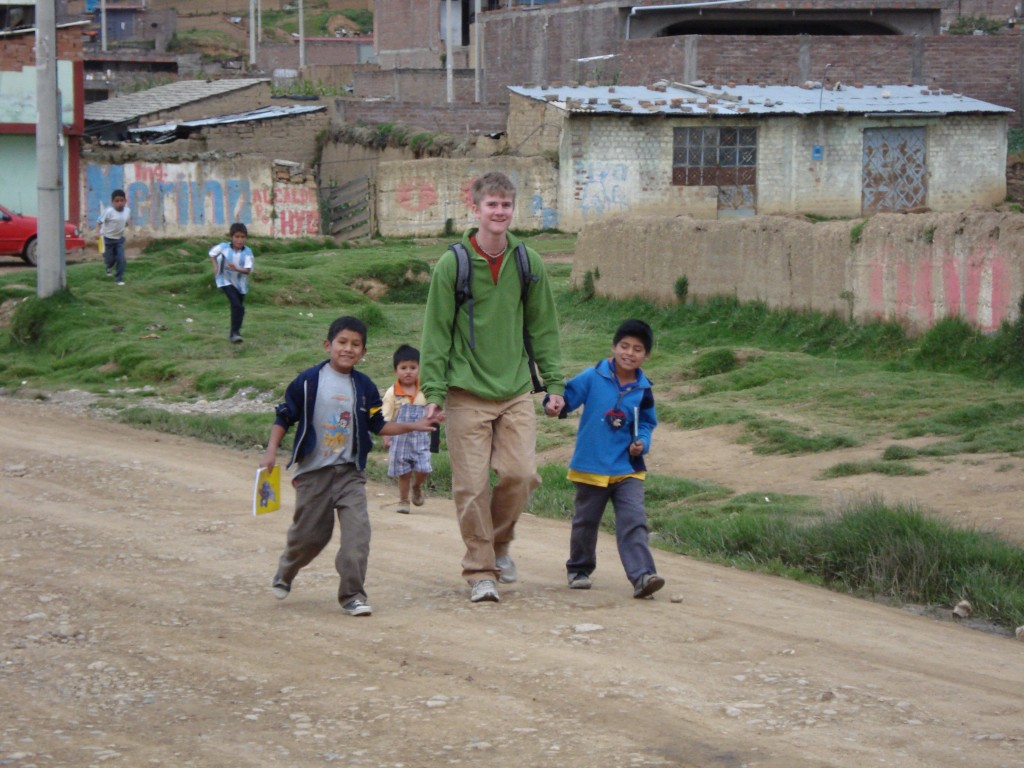 It takes a lot of maturity to recognize that you’re not mature enough for college yet.

In that sense, my gap year was the most responsible decision I have ever made. I was never a huge fan of school. I wasn’t bad at it, but like many kids, there were places I would rather have been. I graduated because I was supposed to. I knew it was good for me, but only in the same way that little kids know vegetables are good for them. If it weren’t for my gap year, I would have had the same mentality toward my college education.

That would have been a massive waste of my parents’ money. My mother, who is actually college counselor, enthusiastically endorses gap year programs for students not ready for college—including me. Her job is to get high school students into college, and she was the first person to tell me not to go to (yet).

She and I both knew that I was not fully prepared to take advantage of college or fully appreciate the opportunity it presents. So instead, I took her advice. I decided to take some self-structured time away from academics to clear my head and set some long-term goals. And it worked. I strongly believe that my gap year experience helped me set long-term goals that I carried to campus where I "crushed" college.

So, what is a gap year? Like many, you might think a gap year is an extended summer or a year of vacation. Or a year working and living at home with your parents, playing videogames, and honing your Facebook addiction. It certainly is not.

I would say a successful gap year serves a larger self-purpose—and just like college, it takes a lot of planning and foresight. If you do it right, the benefits of taking a gap year can be enormous—probably unmatched.

Here are a couple of personal recommendations to "do it right."

1. Go through the application process then defer!

Every adult in your life has always told you not to give into peer pressure, not to “fit in”, not to be like everyone else. But for a few months in your life, they are wrong. Do yourself a favor and go through the application process when you’re still in high school—even if you're pretty sure you won't be going to college in the fall!

Pull your hair out when your friends are pulling theirs out. Visit campuses when they are visiting campuses. Decide on a school when they decide.

Then defer! Simply tell your college of choice that you’ll see them in a year. Deferring from college for a year was the best thing for my gap year. Granted, I ended up flipping a coin between the College of Wooster and Saint Lawrence University, but I also had a school to come back to. I had an entire year worry-free of what came next; I was able to completely focus on planning my gap year.

2. There are programs and people to help you plan out there!

Enrolling in a Gap Year Program rather than rolling the dice on something you aren’t an expert in is not a copout. There are many great programs that are as specific or broad as your interests. There are teams of people who have researched opportunities for years. They will help you maximize your plan and time—after all, you only have one year.

3. You can learn from my mistake.

For part of my gap year, I volunteered teaching English in the Andean highlands of Peru. I did my own research, found my own school in Peru, and got a plane ticket. I arrived in Huancayo, Peru and was greeted by the owner of the school. We walked up to the one room schoolhouse full of over 30 students. I asked him what he wanted me to do, and as he walked away, I heard him respond, “I don’t know, teach English!” At eighteen years old, I started my first class by asking everyone, “So… what do you guys want to learn?” The school had no curriculum, no lesson plans, no real assigned age groups, and no attendance policy. Some of the students had been coming to this school for years, and could still barely say hello. I realized on my first day that once my time in Huancayo ended, my students would start over again. And again. I was not being useful.

A gap year is not a year to work and live at home. Don’t do it. It’s a rare chance that many recent graduates don’t get. Not many people have the chance to explore their interests in a relatively risk-free environment. After I finished the Appalachian Trail, I sat down with my parents and discussed what would come next. Since a gap year (and really college too) is a selfish time by definition (you set time aside to figure out what YOU want), I wanted to do something that impacted other people. I mentioned the idea of building houses, helping at an orphanage, or teaching in Latin America. I said that the idea of teaching scared me the most though. My dad didn’t even blink before saying, “Well then that’s what you should probably do, right?”

I was barely older than my students, and the school was a mess. But that leap informed the next five years of my life. I student taught at a Montessori School my freshman year, studied Spanish all four years of college, studied abroad in Ecuador, and then after college, taught English to Dominican students in Lawrence, Massachusetts.

Even if I didn’t have the experience I anticipated while teaching during my gap year, it would have been worthwhile. I would have known that maybe I shouldn’t spend tens of thousands of dollars exploring the idea of teaching while in college. People learn just as much from what they don’t like as they do from what they like. If I had stayed at home, I only would have learned that Wenham, Massachusetts is a very small town, and that I preferred over-stuffed couch cushions to the standard fill. So push yourself, and do what makes you nervous!