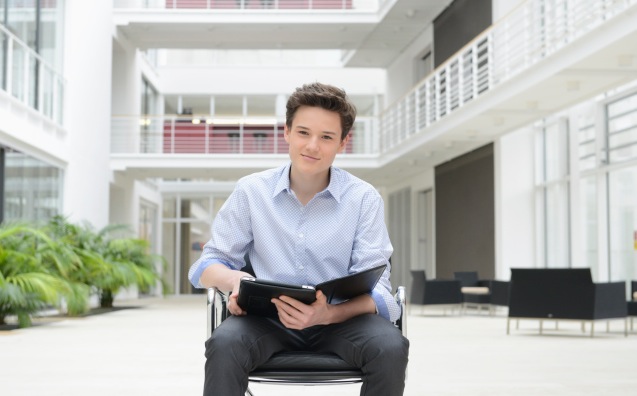 Is it any wonder that entrepreneurship has become a hot topic on college campuses? Americans are fascinated by Internet success stories like Mark Zuckerberg, who co-founded Facebook fresh out of college. Business-themed reality TV shows like Shark Tank prove that we can’t get enough of real-life entrepreneurs striking it big. And now teens want a piece of the action: tech-savvy high schoolers are designing mobile Apps and striking deals with Apple, according to a recent New York Times article. Suddenly, it seems, everyone wants to be part of the
startup scene.

It’s not surprising, then, that college campuses are stepping up their commitment to all things entrepreneurial—offering new courses, majors, and even establishing entrepreneurship centers and business incubators. But this movement is more than a passing fad and goes beyond traditional business school programs, according to Wendy Torrance, entrepreneurship director at the Ewing Marion Kauffman Foundation. “It’s very likely that if you’re on a college campus today, you’re going to be exposed to entrepreneurship,” she says.

Entrepreneurship programs are expanding and morphing to match the unique identities of colleges, adds Torrance. “A wide variety of institutions are engaging in teaching entrepreneurship, from liberal arts colleges to large state universities.” Syracuse University, for instance, has a formal department devoted entirely to entrepreneurship; many other institutions are creating entrepreneurship minors, extracurricular programs, and seed funds for innovators and creative thinkers. Case in point: Hampshire College, a small, selective liberal arts college with a progressive reputation, recently announced a $1 million program called the Seed Fund for Entrepreneurship and Innovation to inspire current students and recent graduates to develop new ventures.

How does a large university tackle a broad topic like entrepreneurship, and teach it in a meaningful way across departments and majors? Pennsylvania State University is meeting that challenge with a new interdisciplinary minor established in July 2013 and called ENTI (short for Entrepreneurship and Innovation). Any Penn State undergrad can enroll in the program. “This isn’t just for business or engineering students,” explains Liz Kisenwether, assistant professor at Penn State’s School of Engineering Design and director of the ENTI minor. Students take three core entrepreneurial courses followed by in-depth studies in one “cluster” they are passionate about, such as New Media or Social Entrepreneurship.

“The Entrepreneurship and Innovation minor broadens our students’ view of the world and what they can do,” Kisenwether says, and allows Penn State students with a variety of majors and career goals to flourish under one program. Some students are interested in starting their own businesses, while others want to learn how to be “intrapraneurs”—innovators inside a traditional company, Kisenwether notes.

But, beyond reading about entrepreneurship in textbooks, are students putting business ideas into action? At Penn State, the answer is a resounding yes. Just ask junior Nicole Kelner, who started a tech accessories company, now called Nicole Kelner Designs, in her freshman dorm room. After teaching herself to sew, Kelner created the first SmartPurse (a wallet/handbag that doubles as a waterproof smartphone carrier). SmartPurse sales took off when she launched an online shop on Etsy, said Kelner via email. Product mentions and accolades from the
likes of VogueUK ensued.

Kelner credits her startup success with the hands-on business skills she has developed at Penn State: “I was able to pitch my business to the class, work with a team to tackle problems, and get constant feedback,” she says about of one of her favorite courses, Entrepreneurial Leadership. Kelner also pointed to Penn State’s supportive extracurricular programs including Innoblue, Penn State’s entrepreneurship club, and Lion Launch Pad, an on-campus business accelerator program that offers mentoring and seed money for student teams with viable business ideas. Kelner is now planning to expand her
line into surf shops this summer.

At the other end of the spectrum, entrepreneurship programs are growing at small community colleges, too, notes Wendy Torrance of The Kauffman Foundation. A prime example: Greenfield Community College (GCC) in Greenfield, MA. Like many larger universities and colleges, GCC added its Entrepreneurship Certificate program in response to students’ increasing interest in startup ventures. Community colleges like GCC offer flexibility, allowing students to participate in an associate degree program, certificate program, or transfer credits to a baccalaureate degree college.

This customization, along with the desire to “be their own bosses” appeals to Millennials, states Kathy Vranos, a business and marketing professor at GCC and co-chair of its business and information technology department. For this generation, entrepreneurship is appealing because “There’s a desire for flexibility in their lifestyles, as well as individuality,” she explains.

Some of GCC’s biggest supporters are former students turned successful entrepreneurs, like Bill Goldfarb, who completed coursework at GCC after a stint in the working world. Goldfarb, who was 24 at the time, said GCC’s emphasis on practical business skills like accounting and economics gave him the confidence to develop a business plan and move his fledgling beer brewing business out of his basement and into a retail outlet in 2010. Fast-forward four years, and he’s co-owner of Greenfield’s Lefty’s Brewery, producing handcrafted beer with distribution in 130 bars, restaurants, and liquor stores in the western Massachusetts region.

Goldfarb learned the importance of community and local, handcrafted products through his smaller entrepreneurial program at GCC. Other students may prefer a larger, more global perspective on business, which can be offered at the larger universities. Either way, an entrepreneurship major or minor will provide crucial knowledge for college students interested in business.

Many Options for Entrepreneurship

So if your teen is contemplating a career in entrepreneurship, encourage him or her to investigate the many options available at colleges, small and large. Start by exploring individual institutions’ websites—when you’ve developed a short list of target schools, make sure you and your teen dig deeper and ask both students and professors alike about entrepreneurship initiatives during campus tours and interviews. You may be surprised by the wide selection of opportunities that encourage and support creative thinkers and innovators. LWT