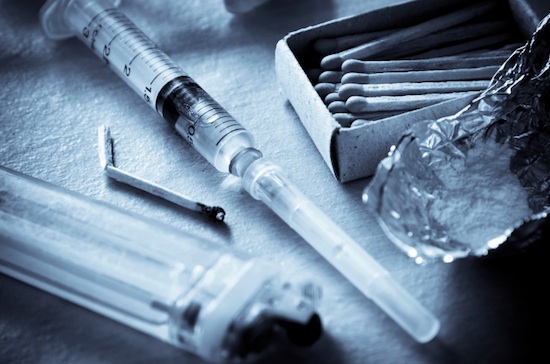 In the last five years, heroin use has exploded throughout the United States. This is no secret—high profile celebrities such as Corey Monteith and Phillip Seymour Hoffman died from heroin overdoses, and heroin use is now referred to as an epidemic in multiple states. Once known as a cheap, impure, dirty drug, heroin has made its way into suburban, middle-class neighborhoods. For the first time ever, teenagers and young adults make up a majority of heroin users and deaths—some start using as early as 12 or 13.

Heroin has always been cheap—about $10/bag—which is why it was so popular amongst the poor. So how is the drug making its way out of cities and why are usage and overdoses so common in middle class suburbs?

Heroin in the Suburbs

The majority of heroin in this country is imported from Mexico, where production has risen more than 600% in the last ten years. An estimated 70% of heroin sold in Chicago, a large hub for the drug, is from the Mexican cartel.

Heroin is now stronger than ever before (although it can be cut with pain killers and other drugs), and can be snorted, swallowed in pill form, and smoked. These methods of getting high are much more familiar to young people, which is probably why 34,000 12-17-year-olds try heroin for the first time each year. Smoking a drug out of a pipe appears to be less harmful, yet it is just as dangerous and addictive as an injection.

Painkillers as a Gateway Drug

Heroin is also very easy to get on the streets—even easier than prescription painkillers. The lack of painkillers in the drug market and the rising prices of pills are major factors in increased heroin use. Many heroin addicts start their addiction with painkillers—a gateway drug. Multiple stories from parents who lost their children to heroin overdoses explain that their child first had access to painkillers after an injury or a wisdom teeth procedure. When taken in large quantities for immense pain, painkillers can become extremely addictive. When teenagers and young adults can’t find a way to get painkillers on the street, many of them turn to heroin.

Heroin is a powerful drug that can shatter a young person’s life—even if they had never touched a drug before. Many of the teenagers who overdosed in the last five years were known to be drug-free, smart, hardworking students before they became addicts. Parents say that heroin and painkiller use changed their children in every way possible.

It is easy to hide heroin use, especially now that it does not need to be injected. If famous actors can hide an addiction, your kids can as well. How can a parent know if their son or daughter is using drugs?

When a person becomes addicted to drugs, they are constantly trying to get more of that substance. They will sacrifice many things—their home, friends, family, and school—just to get that next batch. When an addict is not high or coming down from a high, they are extremely erratic—this is probably the most obvious behavior to spot in your teen if they are using. Your teen could also become aggressive and angry, spend a lot of time out of the house (including nights, weeks, or more), steal money or belongings, lie compulsively, and become uninterested in their favorite activities.

Despite the growing number of heroin users and deaths, you can help an addict overcome the drug. When used alongside medical supervision and counseling, methadone—a narcotic pain reliever—eliminates withdrawal symptoms, and helps many addicts wean themselves off of heroin.

Addicts can also enroll in an outpatient or inpatient program, attend support groups, or see a private counselor. While heroin is extremely addictive, many users have overcome the powerful drug.

Parents need to be aware of the prevalence, symptoms, and severity of heroin use. No matter where you live, how great your public schools are, or how fancy neighborhood is, your teenager can still succumb to heroin. Have a conversation with your kids about heroin and other addictive drugs, and note how many young people have overdosed in the last few years. You don’t need to scare your teens into not doing drugs—if they know all of the information and risks of drug use early on, the drugs themselves will scare them away from using.

Ken Chiakas, father of Stephanie Chiakas, who died when she was 17 from a heroin overdose, wants other parents to be informed of the drug before they experience the same horrific tragedy. He sums up the current state of the heroin epidemic candidly: “I just want to speak out and educate people. They don’t want to talk about it. They don’t want to believe it. It’s not the picture anymore of someone living under a bridge shooting up with needles. It’s your next-door neighbor. It could be your kid” (BBC).