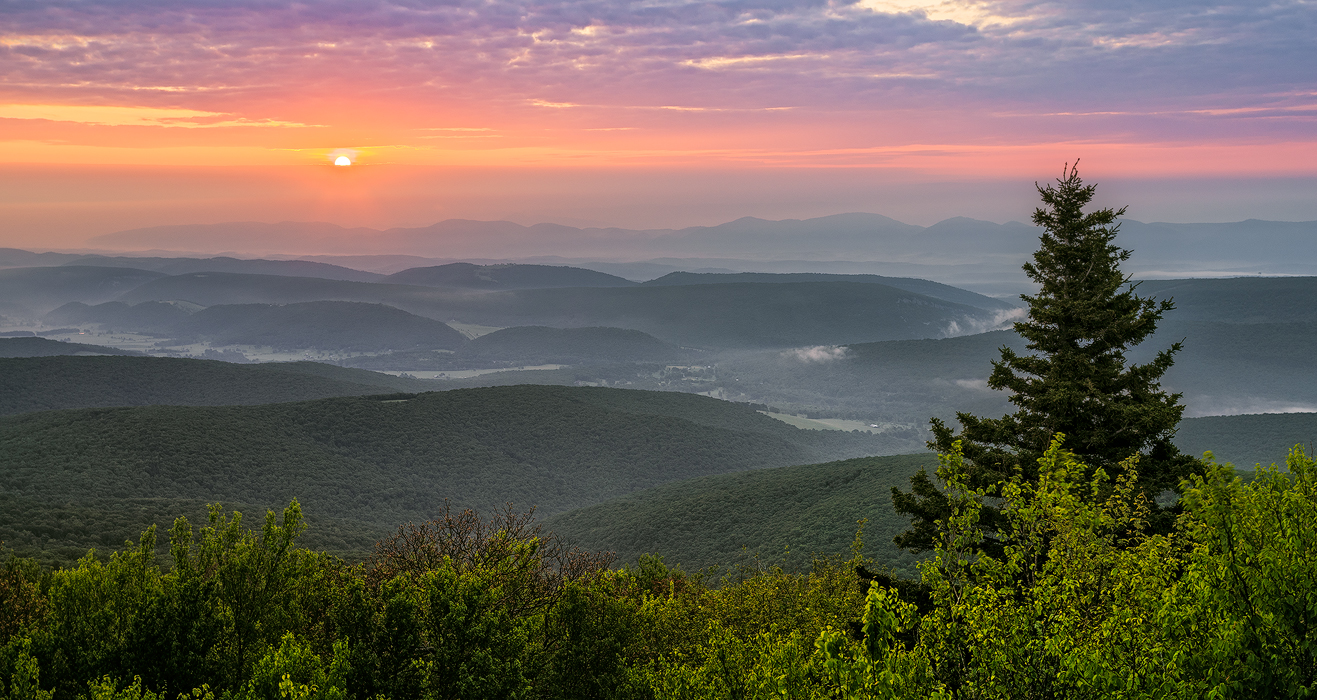 A series of conservation trails spanning the entire 2,180 miles from Maine to Southern Georgia, the Appalachian Trail is considered to be a rite of passage for American adventurers. Only one in four people who begin this trail, though, get a chance to complete it. For many, taking the required amount of time off of work or studies is one of the major obstacles more than the actual difficulty of the hike itself.

One of the most fantastic things about having a year off between graduating high school and the start of college is the ability to complete this trail without distraction. It could be one of the landmark achievements that you look upon and fondly recall.

Most hikers begin in the Southern Georgia point of Chattahoochee. This usually occurs in early April as it affords many experienced hikers the opportunity to finish in Maine before September. For those unfamiliar with the northern climes of New England, weather can be unpredictable and cold. Beginning in Southern Georgia in April means that by the time you will likely arrive in Katahdin, Maine, the weather should still be relatively warm at night.

However, for those graduating high school in May or June, this generally means that you would be leaving too late from Chattahoochee to arrive in Maine before the seasonably cold weather strikes. This usually results in either hauling warm clothes throughout the summer—a task no hiker enjoys—or purchasing cold weather gear along the way. Purchasing additional gear while on the Appalachian Trail can be quite expensive. If you do end up going this route, research in advance when you would likely anticipate late August and plan on getting your gear then. While you will have unseasonably warm days throughout September and perhaps even into October, it's generally a good idea to be prepared for any sudden drops in temperature.

Conversely, if you are setting off from Katahdin, Maine, you have the opportunity to start in the mild temperature range of Maine in June and end in relatively mild weather of Southern Georgia in October. Southern Georgia only really begins to drop down into colder temperatures around the beginning of December. Sudden breezy weather and climate drops are, however, commonplace when traveling at higher altitudes so it's best to be prepared with at least a set of thermals, gloves, and a toboggan. And never underestimate the power of layers. As the old Norwegian saying goes, “there's no such thing as bad weather—just bad clothes.”

[Search for Gap Year programs in the U.S.]

First-time adventurers beginning the Appalachian Trail will inevitably pack too much gear. This is a fact of life. We all think we know what we need and we either come over prepared or under prepared but rarely square in the middle. Even if you're an experienced hiker, you can poorly judge your requirements for a nearly four and a half month long journey.

Additionally, in the drive to save money on equipment we'll either get tools that are light but not durable or durable but not light. With the advances in polymer technology and alloys, there are a lot of options out there. Generally speaking, your first requirement is consolidating the number of roles a tool can serve. For instance, a good multi-tool can serve the function of can-opener, cup holder, and even first aid applications. And while GPS units and smartphones are great for navigation—battery longevity is a big thing. Along the AT, there are multiple cabins you will be able to stop in to sleep and some of them now include electricity—but space availability is uncertain. If possible, it's best to either pick up a good set of physical maps and mail them ahead of yourself as you advance to certain checkpoints. This keeps the weight off your back and your navigation firmly in your hands.

Don't be caught ditching your gear on the AT. Whether you take too much or too little, it's important that you be environmentally considerate when traveling along. So whatever you bring in—expect on bringing with you throughout the journey.

There are two general modes of Appalachian Trail hikers—those who plan on going through from one side to the other and those who do it in sections. Depending on your allowances for time and resources, you can get a pass, which will allow you to stay in cabins strategically placed throughout the trail. This will give you ample opportunity to get a good night's sleep and even meet with your fellow hikers along the path.

Is a four and a half month commitment to the trail unreasonable? Section hiking is for those who like to do a few days or weeks at a time. You can complete each individual piece while having pleasant breaks back into civilization. This often works best for people who plan on working a job during their Gap Year between high school and college.

[Interested in going abroad? Find gap year programs outside of the U.S.]

Hikers who go alone often experience sometimes a crushing loneliness of being solitary on their journey. It depends largely on the adventurer but this can sometimes prove to be a defining element of his or her character.

Safety is a big priority. For this reason alone, going with a buddy is highly recommended. There is a good potential for sports related injuries. It's always good to have someone who can act as a second set of eyes. Many people have formed lasting relationships by simply wandering this trail with another. A number of establishments won't let you take your pack into a store so this also means you will have someone to watch your gear while you go in to buy more trail mix.

Ultimately, the Appalachian Trail can prove to be a great use of part or all of your Gap Year. It's important to do your research in advance prior to starting. Above all, this can be a great adventure that will help positively shape the rest of your life.