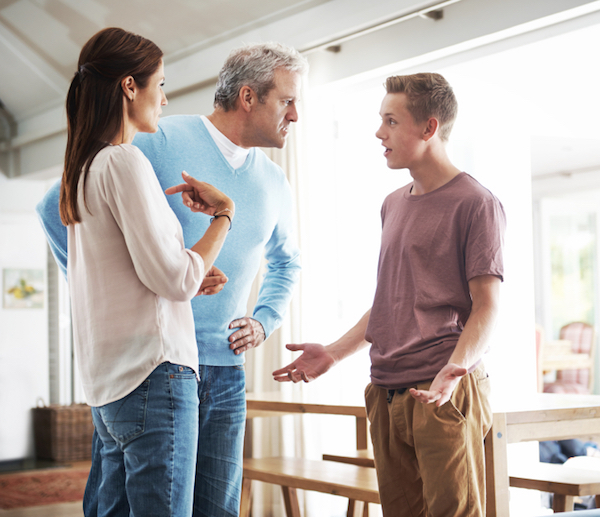 Much airtime has been given to the phenomenon of helicopter parenting, categorized as overstepping the acceptable boundaries of being a caring, guiding influence, to the point of wanting to control and protect every aspect of a child’s life. However, is being a helicopter parent all bad news?

Why Are Helicopter Parents Increasingly Common?

One reason is most certainly related to the lives we lead today; we are constantly pumped with contradictory and confusing information about how we should be raising our children. This has given us a heightened (and a sometimes distorted) awareness of how our behavior can influence our kids, leaving us doubting our actions, and almost paralyzed with worry about the long-term ramifications of the things we do.

Genuine anxiety and concern for our kids’ safety are also a huge influence on how we parent. The world is very different today than when we were kids, with hidden dangers around every corner, making it a terrifying proposition to let our kids venture out alone, without us holding their hand. Because of this, some parents of younger children avoid all situations where their child might be physically hurt or become ill, so won’t allow them to go down the slide, or play outside in the mud.

There are many parents these days that make their children the absolute center of their world and find it very hard say no to them, especially if their own childhood was less than perfect; sometimes we go to extreme measures to try to ensure that the mistakes we experienced are not repeated.

Similarly, parents may try to protect their child’s feelings, avoiding sadness or worry, especially if they have painful childhood memories themselves. This could mean that they step in to referee normal squabbles, or don’t allow their child to compete in games or sports where they might lose.

Some parents push their children hard academically, wanting them to succeed, either in a genuine attempt to help, or because they view their child (and their accomplishments) as a direct reflection of them. These parents will continually ring the school regarding grades, or call colleges on behalf of their teens; they want the best for their child, and often expect special treatment.

What are the Concerns?

There is always a risk that an over-protective style of parenting is going to lead to problems in the future. Children need to know that they aren’t going to win everything, are going to experience sadness and disappointment, and will face struggles in their lives. Shielding them from less pleasant scenarios is not going to do the child any favors, and if not careful, can lead to an over-indulged adult who expects to have their own way at every turn.

Parents who attempt to control their children, or relentlessly pressure them to achieve goals, are on a hiding to nothing. There is a big difference between guiding your child (and sometimes giving them a much-needed gentle push) and being overbearing, intense and demanding.

Teens need to be able to express themselves and have a fair amount of freedom to make their own choices (both personally and regarding school), and if this is not permitted, they could feel restricted and controlled, which may lead to future problems.

It’s Not All Bad

Helicopter parenting gets a bad rap in the media, with everyone whipping themselves up into a frenzy about how coddled children are turning into anxious adults, totally unequipped to deal with the real world.

However, some experts believe that helicopter parenting shouldn’t be dismissed outright. Despite persistent claims that children with over-protective parents struggle with independence, there is very little proof to back this up. In fact, it makes sense that older teenagers and kids hitting their early twenties are less likely to rebel or go off the rails if they refer to their parents for help and actually listen to the advice given.

Additionally, a close relationship with a child, one that involves serious nurturing and caring can also make them feel loved, appreciated and supported, all of which are great for their self-esteem and confidence, and subsequent success.

And while we might agree that not all kids benefit from an intensely hovering parent, it seems that the adults themselves thrive on this kind of parenting style. Research shows that parents with a more hands-on approach, and greater involvement in the child’s life, are generally happier than those that are less involved, and actually get a buzz from taking care of their child with such attention.

At the end of the day, parenting style comes down to personal choice. Of course, extremes are never a good idea (including being too lax), but the middle ground is subjective, with often no distinct right or wrong approach. It’s all about common sense and balance; follow your own instincts, put down the parenting guides, take a deep breath, and let your kids be kids.