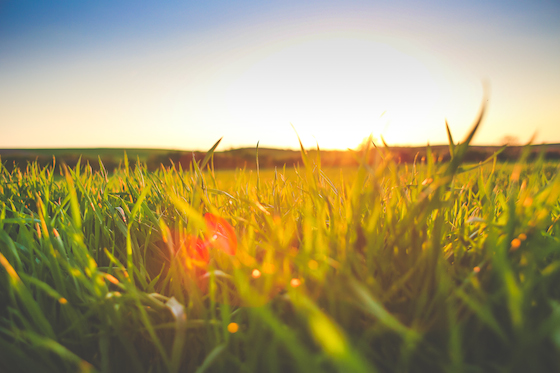 Happiness is often a word that is hard to define; it means something different to every individual person, as we all have distinctive and unique requirements. However, according to the latest World Happiness Report recently published by the United Nations in partnership with Columbia University, there are many common denominators that determine whether someone is happy or not.

The nature of happiness, and the fact that it is an emotion not particularly easy to measure, might have some people wondering about the validity of trying to calculate how happy a country, and its inhabitants are. However, the people behind the report, including world-leading experts across the fields of economics, psychology, public policy, health and survey analysis, have carried out extensive research to discover what makes people happy. Using a mixture of science, psychology and collected data, the report offers a real view of what constitutes happiness, and which countries are achieving the most.

The report focuses on how people are feeling in general and how they evaluate their life as a whole, rather than transient opinions on any one particular day; using a “ladder” ranking system, participants were asked to rate aspects of their life on a scale of one to ten.

The information was gathered by Gallup and involved between 2,000 and 3,000 socially diverse delegates from each participating country. Along with neuro-scientific research, the collected data reveals how life expectancy, standard of living, freedom to make choices, social stability (both family and national), and income, all influence how happy someone is.

Trust plays a massive part in how happy someone perceives themselves to be. The report indicated that stability, both nationally and individually, is incredibly influential in affecting how happy a person is. Additionally, having a sense of freedom over making life choices is also extremely important. It is therefore no surprise that war-torn, undemocratic, corrupt or oppressed countries such as Syria, Afghanistan, Rwanda and Togo come at the very bottom of the happiness rating scale.

Additionally, having close personal relationships with family and friends, and a sense of identifying with the community that surrounds you (feeling that you have someone you can count on), as well as benevolence, empathy and trust of one another, all increase happiness.

In fact, if there is a strong level of trust for the people that surround you, and govern the country, a land can deem themselves happy despite adverse situations. For example, Iceland, a country which has experienced huge difficulties in recent years, but has very strong, deep-rooted social bonds, still consider themselves happy (they are second in the rankings). This is due to their extraordinary sense of camaraderie and the trust they feel towards each other, and have for their country in general.

We’ve all heard the old adage about money not making you happy, but the report seems to show that this isn’t entirely true: there is also a huge correlation between GDP per capita and life satisfaction.

While the inhabitants of a poorer country might not necessarily value money and material possessions high in the ranks of what constitutes happiness in their minds, in general, those that live in richer countries, seem to be the happiest.

As well as having an adequate amount of money, it appears that being generous with it is a large contributory factor of happiness; for example, those that donate regularly to charity or help out friends in need, state higher levels of happiness.

The report highlights that the experiences people have during childhood have a direct result on how happy they become as adults, emphasizing that all of us must do everything possible to ensure children are taken care of and positively influenced. They state, “Giving more priority to the well-being of children is one of the most obvious and positive and cost-effective ways to invest in future world happiness.”

The World Happiness Report reveals some pretty unsurprising data about how prosperity can greatly influence happiness, but it also shows some aspects that we might not immediately consider as important factors in being cheerful and content. For example, the value we put on social interaction, along with the freedom to make our own choices, without fear of persecution. Trust appears equally as important; feeling we can put faith in each other, as well as our governments, seems crucial to overall happiness, both on an individual basis and as a nation as a whole.