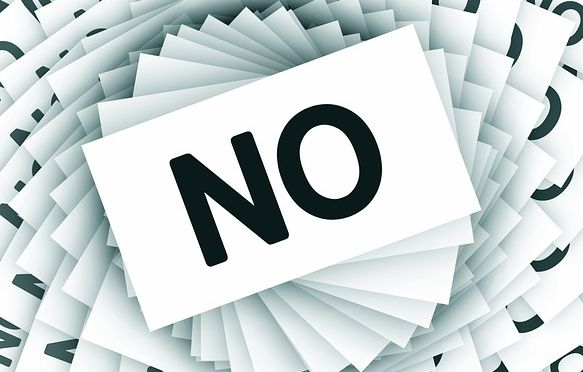 My daughter applied Early Decision (ED) to her dream college. She was flat out rejected.

I was incensed that the school turned her away. She had the grades. She had the scores. She had substantial extracurricular activities. And she is a really nice kid. But that didn’t matter.

Yes, I know that college admission is a numbers game, and that there are far too many qualified candidates vying for every precious spot at top colleges and universities. I knew that only 19 percent of the applicants to my daughter’s ED college were admitted the year prior. But when those statistics became a personal reality, I couldn’t embrace the advice I had given my daughter just moments before she learned her unfortunate fate, “Remember, you are the same person no matter what news you get.”

I seemed to have forgotten the success stories I had relayed to her about my friends’ children and her cousin who were rejected from their top choices but all thrived at the colleges in which they enrolled. I even left a blog post from the Washington Post, “Getting rejected from your dream school(s) isn’t a bad thing,” at her spot at the kitchen counter a couple of days before. In the post, University of Maryland’s Eric Harris, who was rejected from his ED choice, convincingly paints a rosy picture:

A few years ago…I was on the unsuccessful side when it came to college acceptances, yet I could not be happier with where I am today...I LOVE my school! Looking back, I could not have predicted such a good ending. There is too much hype, pressure, and chance related to college admission decisions...For those who get into the schools you want—congratulations! For those who may not have your first choice (or first seven) available, don’t despair. You can make your college experience memorable, productive, and happy. So don’t invest any emotional capital on the rejections when new challenges await.

As emails from my friends flooded my inbox with some version of the sentiment that it was “the college’s loss,” I forwarded the messages to my daughter. Until she finally insisted that I stop, “Get over it mom, the school doesn’t even know me.”

Leave it to a resilient high school student to remind me of my own advice. Confident that she could be happy at many other schools, my daughter’s biggest issue was the work ahead of her those first days of winter break. That was my wake up call to shift my energy to supporting her through the process of writing more supplemental essays and away from my disappointment.

As soon as my daughter pushed “send” and her last applications were on their way, I finally became a believer that it will all truly works out.