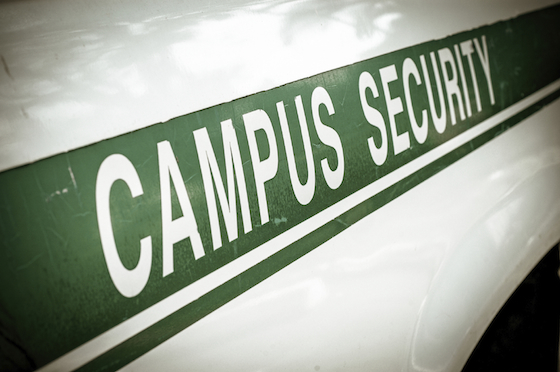 On April 16, 2007, the day of the Virginia Tech massacre, 32 innocent college students and faculty lost their lives to a crazed gunman armed with two semi-automatic pistols and a couple hundred rounds of ammunition. The first reaction of the gun lobby was to call for more guns on college campuses. Since then, support has been building.

Guns on college campuses—it’s a controversial topic. Proponents believe it will make our campuses safer. Opponents believe it will only encourage violence. Currently at least 11 states are entertaining the option of allowing concealed weapons on campus. Bills have been introduced in almost half of the 50 states in the past few years. Just seven states have adopted versions of the law.

Gun advocates have their eyes on Texas and Florida. The Texas bill has passed the Senate and is headed to the House. In Florida, the law has passed through two Senate committees and is on its way to the Judiciary Committee. If the bills make it through, they will land on the governor’s desks—both are sympathetic to the gun lobby. So far this year, bills have failed to pass in South Dakota, Virginia, West Virginia and Wyoming.

Kaitlin Mulhere, in an article for Inside Higher Ed, outlines how the proposed bills will affect colleges, why advocates are pushing for the bill, and why opponents are fighting against it.

Arguments for Concealed Weapons on Campus

Supporters argue that it is a constitutional right and one that will make campuses safer from shooters and other criminals. “Police can’t stop the crime, only the victim has a chance to stop it,” National Rifle Association lobbyist Marion Hammer was quoted in the Herald Tribune as saying during a committee hearing this month for Florida’s bill.

Advocates also point out that only a small percentage of students would actually be able to carry guns on campus, based on the number of students who are over 21 years old and the proportion of the state’s population that actually has concealed weapon permits.

Arguments Against Concealed Weapons on Campus

Opponents, which usually include administrators, faculty members and campus law enforcement, claim the opposite: more guns on campus will increase the risk of dangerous situations. Gun control advocates and college associations have focused on what they call a dangerous combination of young adults, alcohol and guns, as well as the risk of suicide.

Students for Concealed Carry is a student-run, national, non-partisan organization which advocates for legal concealed carry on college campuses. They provide an extensive list of common arguments against the law. Here are just a few of them:

What These Laws Would Cost the Colleges

If you look at the potential fiscal impact, is it even plausible to allow guns on college campuses?

In Florida, the State University System hasn't put out a cost estimate. The Houston Chronicle reported that the Texas law is estimated to cost up to $47 million over six years for the University of Houston and University of Texas systems to update security, build gun lockers and prepare campus police.

A spokeswoman for the University of Texas system confirmed those estimates were part of the fiscal notes the campuses provided for the bill. But Students for Concealed Carry disputes those numbers.

Whether you believe in gun control or the right to carry concealed guns, it’s certain the debate will continue. A case could be made for either side depending on where you stand. The real question is would you feel safer on campuses knowing students and faculty were armed? Or, would you worry that these guns could end up in the hands of those who would make it dangerous and cause you harm?