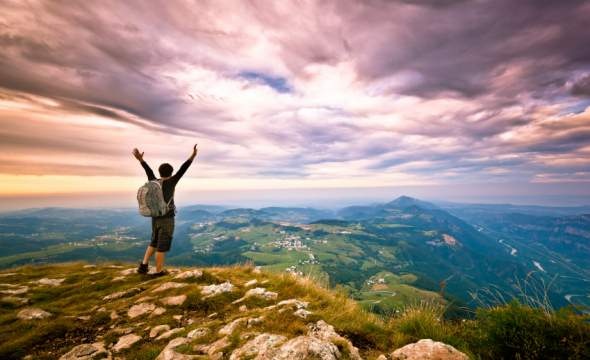 Taking a gap year is a growing trend in the United States. Although there is no formal data on how many young people are taking a structured break before or during college, the rising number of gap year programs, gap year fairs, and college deferrals point to more students choosing the road less traveled.

As gap year parents, researchers, and authors, we have spoken with hundreds of parents, students, college counselors, and other stakeholders about gap year experiences. The overwhelming consensus is that the impact is transformational in the most positive way.

To explore this growing trend in greater depth, we surveyed 300 gap year alums about the impact of their time off. We asked about areas such as education, financial awareness, careers, community service, and global citizenship.

“I mark myself in terms of my gap year; the before, during, and after are rather different people. My gap year works as a foundation for my life away from home, away from high school. It helped prepare me for college life as well as the real world.” —Megan Kelly

What is a gap year?

A gap year is a journey, usually taken between high school and college, that involves some sort of a plan, vision, and purpose. It is a chance for a student to invest time before or during college to pursue a series of life experiences. It can take place over several months, a year, or in some cases longer, and generally involves a combination of volunteering, working/interning, and studying in the U.S. or abroad.

The gap year involves exploring the world outside of your “comfort zone” to not only learn about different cultures but also learn about yourself from a different perspective, with the intent to enter or return to higher education.

Why take a gap year?

The reasons students take a gap year vary from individual to individual. However, our data indicate that there are two top reasons for taking time off: (1) students feel a need to take a break from formal education (they are burned out), and (2) they want to learn more about themselves.

Other reasons students take a gap year are to help pay for college, develop skills, explore a potential career path, learn more about the world, or travel. Some want to (re)gain focus, direction, or motivation to make the most out of college once they decide to go, or go back.

What can you do during a gap year?

As you can see from TeenLife’s Guide to Gap Year Programs, the options for what you can do during a gap year are limitless! The students we talked to enjoyed experiences almost as different as the individuals themselves.

They taught classes, helped build houses, worked or interned in a variety of occupations, participated in scientific research, served on ships, apprenticed in masonry, studied languages, participated in the arts, worked with animals, helped in medical facilities, participated in outdoor exploration, played sports, built guitars, and traveled in the United States or overseas. As one gap alum explained, “If you can dream it, you can do it!”

What do colleges think of gap years?

In the words of a college admissions officer we interviewed, “I don’t know of a college that wouldn’t welcome a student who took a thought-out gap year because of the value they bring to the community.” Harvard has recommended gap years for several decades. MIT, Middlebury, Princeton, the University of Carolina, and Yale are among a growing list of colleges and universities that support gap year options.

Greg Buckles, Dean of Admissions at Middlebury College, writes on the college’s website, “Middlebury has been at the forefront of endorsing the concept of taking time off between high school and college. These students bring more to their college experience and, as a result, derive more from it.

They also hold a disproportionately high number of leadership positions on campus and, on average, perform better academically. Many benefit greatly from the opportunity to travel, work, or pursue other interests, and all of those options can help contribute to an even more enriching college experience.”

How much does a gap year cost?

As the options in this Guide to Gap Year Programs or the TeenLife website illustrates, the costs of gap year experiences vary. In our survey, 70 percent reported that the cost was less than a semester or a year at college. About half said it was significantly less expensive.

A number of programs offer stipends, room and board, and scholarships. Some program fees are also tax-deductible. Almost all gap year students contribute financially in some way (e.g., working, interning) and say they have greater ownership of the experience by contributing their own money. Some students embark on activities that don’t cost in financial terms—camping in national parks or hiking the Appalachian Trail are two examples.

“My year abroad was one fourth the price of a year in college and three times the education in life.” —Allyson Moynihan

What is the impact of taking a gap year for students?

Anecdotally, gap students report multiple benefits of their time off including gaining confidence, a strong sense of personal responsibility, heightened resilience, and a level of maturity about learning, work, the world—and themselves. Here are a few highlights from our survey and related interviews about the impact of taking a gap year.

Several colleges have tracked the grades of gap alums versus their peers and report that the former group tends to have higher GPAs. For most students (60 percent in our survey), gap year experiences have an impact on their choice of academic major and career—either setting them on a different path than before a gap year or confirming their direction.

Financial Awareness. A benefit for many “gappers” is learning to value money and to budget at an earlier age than most. In the survey, 66 percent said they were more financially aware than their peers after a gap experience. The majority also said they were less likely than their peers to accept credit cards and other “free” offers. When their experiences include living in areas where people are relatively less fortunate, gap alums gain appreciation of the ability to earn and save financially.

Careers and Jobs. Gap year students tend to develop employable skills through their experiences—e.g., leadership, problem-solving, and teamwork. Many report that their time away from school gives them a leg up with employers when applying for internships and jobs.

Of those in the survey who were employed, 85 percent said that they are satisfied with their jobs (a higher percentage than others in their age group). And their primary sources of job satisfaction are “personal growth and development” (71 percent) and the ability to help others (67 percent) over items such as job status (22 percent) or financial security (21 percent) that their
peers tend to value.

Community Service. Many gap year students choose to include volunteering and community service as part of their time off. In our survey, volunteering gappers rated the statement “Provided me with the opportunity to serve others or make a contribution to a cause” third out of a list of seven options related to the impact of taking a gap year. Non-volunteers ranked the item second to last.

The percentage of students taking a gap year who volunteered who report that their job satisfaction is derived from “helping others” is significantly higher than the non-volunteer group (although both groups ranked helping others high compared to their non-gap peers).

Global Citizenship. Of the gap year participants we surveyed, 69 percent volunteered, studied, worked or interned, and/or traveled abroad. More than 80 percent saw themselves as more globally aware as a result of their gap year. Gap alums report that benefits include gaining an in-depth awareness of how people live in other cultures, developing a moral sensibility that transcends borders, understanding cultural interconnectedness and the impact of globalization, seeing one’s own country from the perspective of others, and discovering what we have in common with other countries, regardless of culture.

“I would say the most valuable part [of my gap year] was the time when I wasn’t a tourist, where I was living in this culture, living with this family who completely accepted me, and completely took me under their roof.” —Ben Ewing

When we asked students and parents for their advice to others who may be considering a gap year, the general response is: If you are even thinking about it, do it—it will likely change your life in positive ways that you can’t even imagine! As one student said: “Go. Do. Be.” And in the words of a parent: “Give them wings and let them fly!”