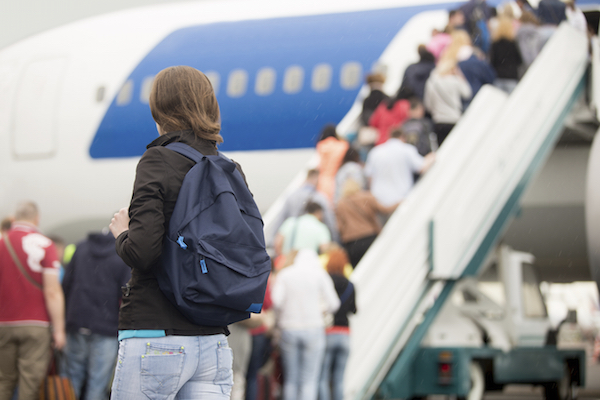 Before she went to Japan as an exchange student at age 21, Rebecca Fitzgerald thought she was well prepared for culture shock.

But the cultural reality was harder than she imagined.

“I came to realize that I had a very surface understanding of it,” Fitzgerald says. “But what I had learned – the visual parts of a culture, food, the way people dress – is the tip of the iceberg.”

The disorienting parts were what she calls “the invisible” belief systems: the ways people live, how they perceive other cultures. On top of all that, Fitzgerald felt guilty. “I thought I was doing ‘study abroad’ the wrong way,” she recalls. “I thought everyone else was having a great time.”

Culture shock – the disorientation many people feel when they experience an unfamiliar way of life – is different from homesickness.

But it is completely normal as part of a study abroad program, overseas summer program or gap year, Fitzgerald says. Today, as the manager of international mobility at the Humber Institute of Technology and Advanced Learning in Toronto, Fitzgerald trains Humber’s study-abroad students in how to survive it, particularly if it’s their first time overseas.

“I tell them it’s a great learning point,” Fitzgerald says. “If you can recognize the (differences) and reflect on how you’re feeling, that’s when you learn more about yourself.”

Of Humber’s 27,000 full-time students, about 3,600 are international, representing more than 100 countries around the world; about 500 international and domestic students leave Humber each year to study abroad.

Culture shock, which can leave students angry, depressed, withdrawn and confused, typically comes after the “honeymoon,” Fitzgerald says, and usually turns to adjustment and integration. But if the symptoms continue, clinical depression is a possibility, and professional support may be necessary.

Most teens who want to study, work or travel abroad are naturally open-minded, says Louise Ripley-Duggan, student recruitment marketing administrator at the Royal Central School of Speech and Drama, University of London. Royal Central typically has 150 international students each year.

“But a big culture shock to the system can make even the most adventurous person clam up,” she says. “Give 100 percent of yourself to get to where you want to be, and the rest should fall into place. You’ll get used to your surroundings without even noticing.”

Cristobal Pizarro Schkolnik, who is from Chile, is a graduate student at Royal Central in London, studying writing for stage and broadcast media. Schkolnik, 28, says he experienced culture shock in many ways in London.

“First of all, language,” he says. “Even though I thought I was super-prepared to communicate and socialize properly in English – I did great on my English tests – I wasn’t. Spending a whole day in a classroom trying to understand a class in English, going into breaks with your English classmates, having no idea what they were talking about, was super-frustrating. Food and missing my family were big issues.”