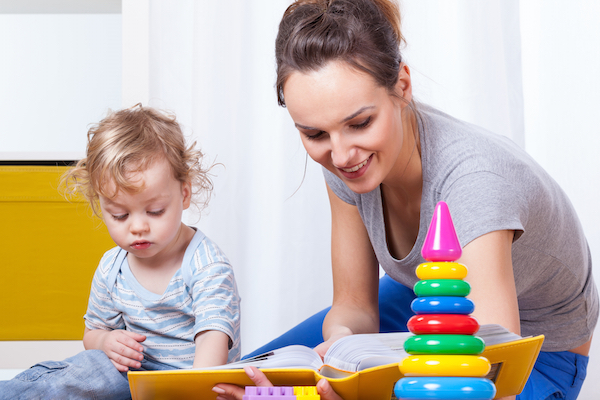 Have you ever dreamed about living abroad or doing a gap year after high school, only to be held back financially? Before starting college at the University of Wyoming, Taylor Wyndell embarked on a great journey to Switzerland because she found work as an “au pair” taking care of a family’s children.

This was to be the teen’s first trip to Europe. In her words, “I was afraid if I didn’t do it while I was young I wouldn’t ever do it.”

Being an au pair is a great way to work during a gap year and still get to see the world. But as Taylor learned, it’s not always simple working in someone’s household and there are some important things for anyone considering this option to know.

Au pairs are typically considered domestic assistants working inside a family’s household. It is common for many European countries to have stipulations on the type of work that au pairs “on equal terms” in French) may perform.

And depending on the country, there are certain requirements for someone to be accepted as an au pair. Families should discuss residency requirements and restrictions with a prospective au pair prior to any arrangements being made.

Taylor arranged to speak with her Swiss family through an au pair agency. They exchanged pictures and conversation over email and Skype before she traveled overseas.

2. You need to be ready for culture shock.

At first, Taylor realized how similar the Swiss were to Americans, especially when she went shopping or asked for help.

But other things were not so similar. In many European countries, especially Switzerland, multiple languages are spoken throughout the regional provinces. Some of these are dialects and, in Taylor’s experience, they were very difficult to understand.

“They spoke a variation of High German known as Bernese German. One of the other au pairs, whom I had met upon arriving, said she spoke German and still had trouble understanding them.”

Taylor, however, had no prior experience with German, much less the Swiss variants, and quickly felt intimidated by being immersed in this new language. Thankfully, her resident household was fluent in English – including two of the four children she was caring for.

3. You need to set firm boundaries.

By Swiss regulations, an au pair can only be required to work 30 hours a week and is given room, full board and a small stipend. However, Taylor was unaccustomed to setting boundaries and quickly became inundated with childcare and scheduling.

“The parents didn’t believe in disciplining their children. Coming from my background, that left me feeling unprepared for knowing how to handle certain situations.”

Although she adapted, it was quite a struggle to set boundaries between work and her personal life.

“It was hard. I didn’t know how to stand up for myself so I ended up working sometimes over 60 hours a week – which isn’t a requirement. This made me overworked and isolated.”

Her sister, who was working as an au pair in another household in Bern, had voluntarily left her post. She was caring for a child with disabilities, which she understood in advance. However, it was a single-parent household and the mother was quite insistent upon making her part of the household’s after-hours activities. This kept Taylor’s sister from enjoying any of her free time. So, she resigned her post.

“Without my sister around, I began to feel truly alone. Depressed, even. And with no idea of how I was going to manage [my situation],” Taylor confessed. “I think I worked maybe another month or two until I quit as well.”

Taylor left three months into her first contract. The strain of caring for four children without adequate free time was too much of a burden. She was disappointed in herself for not clearly defining boundaries in the beginning. This, she notes, is an important step for anyone seriously considering being an au pair.

4. You need to have the right personality.

An au pair is an “at will” position. Either you or the household may decide to terminate at any time for any reason. In most cases, the household, which paid her travel expenses, is equally obliged to cover airfare home.

While not every arrangement works as well as both the au pair and the household may have hoped, there should be room for negotiation and trying to solve problems.

Once back in the United States, Taylor decided she needed to prove to herself that she was capable of living and working overseas. There were a lot of great opportunities in Switzerland to learn a language, experience culture and history, and interact with other travelers. She decided to go back to Europe. This time, she intended to do it right.

“I was much less introverted,” Taylor admitted. “And much more capable of standing up for myself and setting boundaries. I became good friends with the mother of my household. She taught me to cook — she was amazing in the kitchen.”

On her second trip, Taylor immediately started language classes. The first time, she confessed, “I had avoided them because I was so shy.”

Her second trip was much more successful than her first. She still had to deal with setting clear boundaries between work and life, but she was more mentally prepared to do so. And this resulted in her making friends out in the community, including other exchange students.

With the right mentality, becoming an au pair for a family in Europe can be a fantastic way to experience the life and culture from the perspective of a resident. It also allows you the opportunity to make money and take a gap year.