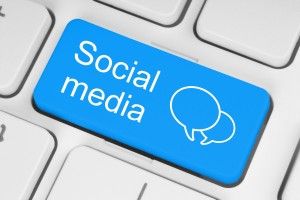 Hearing that a middle or high school student complained that a teacher was mean or unfair does not sound like it would make headlines. But it did for Riley Statton, then a sixth grade middle school student, when she chose to make these statements on her Facebook page.

School officials found out that Statton posted that a teacher’s aide was mean and she was given a school suspension. Statton went back on Facebook and posted inquiries to find out who told on her. Later on, a parent complained to the school about racy chats that Statton had been having with her son on Facebook. This led to school officials, along with a police officer, to demand that Riley turn over her Facebook password so that they could search her page.

Riley was humiliated (her parents were not told in advance that her Facebook page was going to be read by school officials) and did not return to school. The American Civil Liberties Union said her right to free speech was violated. Courts agreed, and Minnewaska Area Schools had to pay Riley, now 15, $70,000 in damages. In the lawsuit, Riley said that she was forced to give school officials and police her Facebook passcode so they could read everything on her social media account. Her parents were not privy to this invasion of privacy until after it occurred. After the verdict, Riley’s mother Sandra stated, “I’m hoping schools kind of leave these things alone so parents can punish their own kids for things that happen off school grounds.”

School officials argued they were not trying to embarrass Riley, but instead help her before she got into any serious trouble. Her attorney says, “She wasn’t spreading lies or inciting them to engage in bad behavior, she was expressing her personal feeling.” As part of the settlement, the school’s policy was changed and now says that student’s electronic records can only be searched if there’s a suspicion that school rules were violated.

Riley Statton’s story raises some interesting discussion points for parents and teens regarding social media and what is okay (and not okay) to post. Comments about disliking a teacher or liking a boy in your class, whether said to a friend or posted on social media, should not be subject to scrutiny by school officials. But it is important for teens to realize that anything they write online is out there in the world to be seen, not just by their intended audiences.

For many teens, posting on Facebook and other social media sites is a way of documenting their life. They use these sites to share their thoughts, their photos and sometimes their secrets. But when you post something online, it is not like writing it in your diary, which can be locked with a key and hidden under your pillow. Instead, it is taking a secret and blaring it over the school loudspeaker or even the town loudspeaker. In other words, a Facebook secret is no longer a secret.

Parents need to help their teen understand how far reaching comments online can be and how unintentionally they can hurt themselves or others with their words. Before posting on Facebook, teenagers should ask themselves, “Is this something I want everybody I know to see?” Chances are, this quick thought would bring rationality to teens and the world of social media.