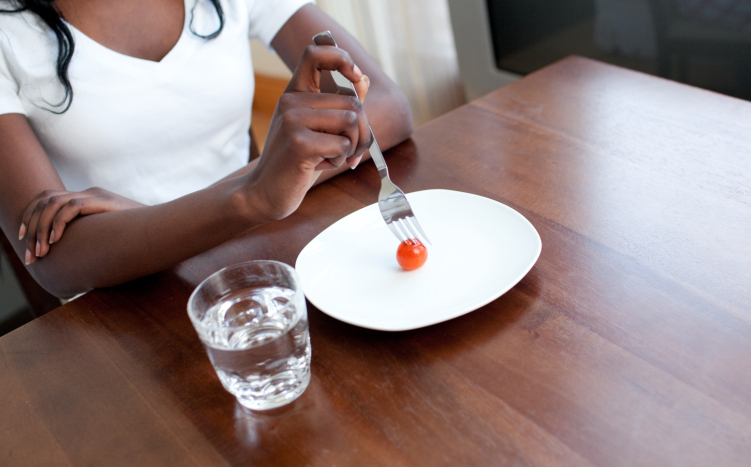 The week of February 23rd is National Eating Disorders Awareness Week – a time to educate ourselves on the pervasive, growing, and serious health issue facing families each and every day of the year. The sponsor of Eating Disorders Awareness Week, National Eating Disorders Association (NEDA), is a major advocacy organization in the U.S. working to support individuals and families affected by eating disorders. Their goal is to focus on prevention, assist with better access to treatment, and advocate for broader and increased research to take care of those with eating disorders.

NEDA estimates that 30 million Americans will be impacted by anorexia nervosa, bulimia nervosa, or binge eating disorder. While people of all races, ethnicities, ages, and genders are affected, women and girls are the most vulnerable. 20 million females and 10 million men will suffer from a clinical eating disorder at some time in their lives.

Eating disorders cause serious emotional and physical health problems. They negatively affect self-esteem, mental and physical productivity, and interpersonal relationships. The binge-and-purge cycle of bulimia often harms the digestive system and causes chemical imbalances in the heart and other major organs. Anorexia’s cycle of self-starvation denies the body essential nutrients for proper functioning, forcing it to slow down all its processes to conserve energy. Anorexia has the highest mortality rate of any mental illness. Astonishingly, females between the ages of 15 and 24 with anorexia are 12 times more likely to die from an eating disorder than all other causes of death.

Unfortunately, there are no definitive answers as to why people suffer from eating disorders. In Forbes' February “Pharma & Healthcare” article, Dr. Aaron Krasner, psychiatrist and the Director of the Adolescent Transitional Living Program at Silver Hill Hospital in New Canaan, Connecticut explains, “Eating disorders are complicated and vexing problems and we don’t exactly understand the pathophysiology of them. Certainly there is both a genetic component and an environmental component.” As for the genetic component, nearly 50 percent of people with eating disorders meet the criteria for depression. Not surprisingly, perfectionism is another common trait of those who suffer.

NEDA points to the 3,000 advertisements the public is exposed to daily for setting an unattainable standard for the ideal body, triggering body hatred that leads to eating disorders. The association reports that dissatisfaction with one’s body starts early. An unbelievable 42 percent of first to third grade girls want to be thinner. 81 percent of ten-year-old girls are afraid of being fat. 70 percent of 18 to 30-year-old women don’t like their bodies and 60 percent remain dissatisfied in middle age. Unfortunately, boys are not immune. A 2013 Harvard School of Public Health study shows that close to 18 percent of teen boys were “extremely concerned” about their bodies.

All this preoccupation with body image and weight increases unhealthy eating behaviors. NEDA reports that:

Given the pivotal role parents play in eating disorder prevention and treatment, The Mayo Clinic’s practical guidance for parents is worth reading.

Whatever the treatment plan, remember that early intervention can help speed recovery.

Amidst the serious concerns about eating disorders, there are definitely positive developments. Two teenage girls – Liana Rosenman and Kirstina Saffran who met while undergoing treatment for anorexia nervosa –launched Project HEAL to help others suffering with eating disorders who want to recover but are unable to afford treatment. Unfortunately, insurance coverage for eating disorders is severely lacking, leaving many unable to get the help they need.

Project HEAL’s scholarship program is the non-profit’s trademark service. It funds inpatient, residential, and outpatient treatment for eating disorders, which can cost upwards of $30,000 per month. Unfortunately, insurance companies often refuse to cover these costs and most people cannot afford to pay out of pocket. Project HEAL also run a social media campaign to raise awareness of recovery from an eating disorder through the lens of positive body image and uplifting experiences.

These candid excerpts from Liana and Kristina’s personal accounts offer insight and hope for teens and their families.

The hardest part of recovering from an eating disorder for me was differentiating my personal thoughts and beliefs from those of my eating disorder. My eating disorder fed me lies, but that is something I never believed when I was malnourished. The thing is, when you’re malnourished you don’t know what to believe. The thoughts become so drilled into your head and it becomes a lifestyle. I began to challenge those thoughts. I realized that the scale couldn’t determine if I am going to have a good day or a bad day. I recognized, that numbers had such a powerful impact on my life. I came to realize that you couldn’t measure your self worth through your food, calories or weight. It was not a way of life and I knew I had to stop. But stopping was not easy. No one can do it for you; you have to make that conscious decision that you want to recover for yourself, no one else. You have to destroy what destroys you. Happiness did not come and find me. I created it…and I worked incredibly hard for it.

I’m often asked “Were you ever fat?” and people are usually surprised when I answer “Not at all.” My eating disorder was never an attempt to fix any horrible flaw. Actually, I had always regarded myself pretty highly, at least in terms of aesthetics and thinness. My eating disorder began, rather innocuously, as a way to make myself “perfect.” Where I had always viewed myself as, say, an eight out of ten, I wanted to make it a ten out of ten. Restricting my calories and losing a token – and rather arbitrary – amount of weight (2-3 pounds) seemed at the time a logical way to achieve that goal.

Finally, if you suspect that you or someone you love is vulnerable to eating disorders, NEDA offers the following resources free-of-charge: