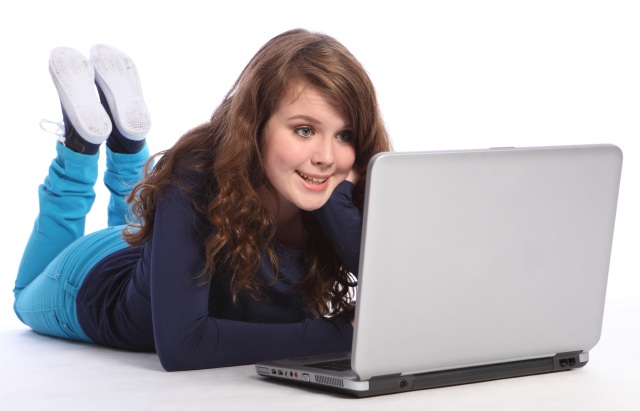 Today’s generation of teens socialize with their peers by using social networking sites. Most tweens and teens are living out a portion of their lives online and many relationships take place at least partly online. There are many positives about social networking and using the Internet, but online security risks for teens and online safety concerns also come with this new way of socializing.

Many teens seem to be connected to their peers almost 24/7. As a result of their constant online presence and interactions, they are at risk for being preyed upon by online predators, identity theft, scams, online fraud, phishing and the latest risk—catfishing.

Manti Te’o, a 22 year old Notre Dame football player was the victim of this new brand of online fraud, known as catfishing.

What is a catfish? It’s a person who creates a false ID on the Internet in the hopes of luring another person into a romantic relationship. Most of us probably had never heard of this term until Manti Te’o’s experience was splashed all over the news. We’ve also probably wondered how he could possibly have become a victim of such a hoax. Hindsight is always 20/20.

It’s important for all of us—tweens, teens and adults alike—to remember that anyone can pretend to be someone they’re not on the internet, be it while in chatrooms, on social networking sites, playing video games or exploring dating sites. Young adults like Manti Teo can avoid this scam by taking a few precautionary steps to verify that the person they are interacting with online is who they say they are instead of an imposter.

Becoming a victim of an online predator is not dissimilar to being the victim of a catfish as online predators also create fake profiles. They may pretend to be a younger teen even though in reality they are an older man preying on teen girls. That’s why it’s so important when teens are using social networking sites for teens to know everyone on their friend list in real life and delete them if they don’t (Not friends of friends). Parents need to pay attention to their teen’s “friends” lists too. Why? Because a recent study found that one third of teens girls meet up in person with someone they only know and met online. This obviously puts them at great risk. Chatroom sites, dating sites, and gaming sites with chat capability are all venues where online predators hang out.

No one wants to end up wishing, “if only I had checked that person out.”

Catfish and predators groom their victims. Grooming is the process that online predators and catfish alike use to develop a trusting relationship with their victims. Before your teen knows it they could be manipulated into believing someone really cares about them when all they want is to lure them into meeting them possibly for sex, or to get pictures, steal money, or use them for identity theft. If they’re exposed to an imposter in a catfishing scam, they may get their heart broken because they’ve fallen head over heels for someone who’s not real or the person they thought they were.

According to Mashable.com there are 83 Million Fake Facebook Accounts!

If your child is under 18, you should be monitoring their online activity and be alert for online predators and fake profiles. There are many teen dating sites, such as mylol.net that allow teens age 13 to use their site. A simple Google search will reveal many teen dating sites where your teen can engage with anyone from anywhere. Online predators lay in wait for vulnerable teens looking for a relationship. Teens should not be going to online dating sites or chatroom sites. Parents should know and see who their teen is Skyping with or video chatting with. Talk with your teen about the risks. The more parents and teens know the safer our kids will be.

Steps Parents & Teens Can Take to Help Protect Themselves:

The most important goal is to make sure your child’s online relationship is safe, not phony and not one that may put your teen in harm’s way. Here are some of the steps you and your teen can take to make sure the person they’re engaging with is legit and not a fake profile, catfish or possibly an online predator.