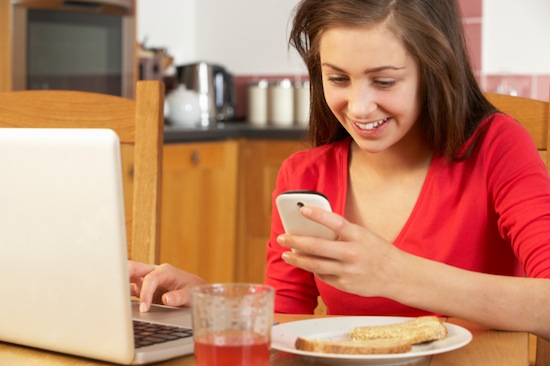 The vast majority of college admissions officers rarely, if ever, Google applicants names, rifle through their Facebook accounts, carefully pore over their archived tweets, or analyze their “selfies” on Instagram for artistic value. For some officers, this is a moral issue; your social media should be your private space. For others, such as those at universities receiving 80,000 plus applicants, stalking old Myspace pages for evidence of middle school misdeeds would be a terribly wasteful use of precious time.

While most admissions offices steer clear of online snooping, the practice has trended upward over the last five years. In 2008, Kaplan reported that only 10% of officers bothered looking at an applicant’s social media pages. Today, that number has increased to 27% and a similar number of officers report at least Googling an applicant simply to see if any relevant information, positive or negative, can be gleaned. Almost one third of those surveyed, however, reported ultimately finding something that negatively impacted their view of an applicant.

Colleges and universities have expanded their own use of social networking in recent years, utilizing websites such as Facebook and twitter to help connect with potential applicants. Interacting with schools through social media can prove informative and show the admissions office that you are seriously considering their institution. “Following” a school can be an excellent way to demonstrate interest virtually, without the cost and effort of a campus visit (although this is still recommended as well).

College Transitions Recommendation: Do not post anything online (or keep anything active online during the admissions process) that you do not feel represents your best self. There is nothing wrong with having a Facebook page, but be cognizant of the fact that many admissions officers may frown upon the contents of your Spring Break 2013 Facebook album, unless, of course, you spent that time at a robotics competition in Dayton, Ohio rather than guzzling Keystone Lights with your bros at Daytona Beach. Even if the majority of schools never peer into your online life, there is simply no good reason to risk jeopardizing your chances of admission for the sake of maintaining that risqué Tumblr page.