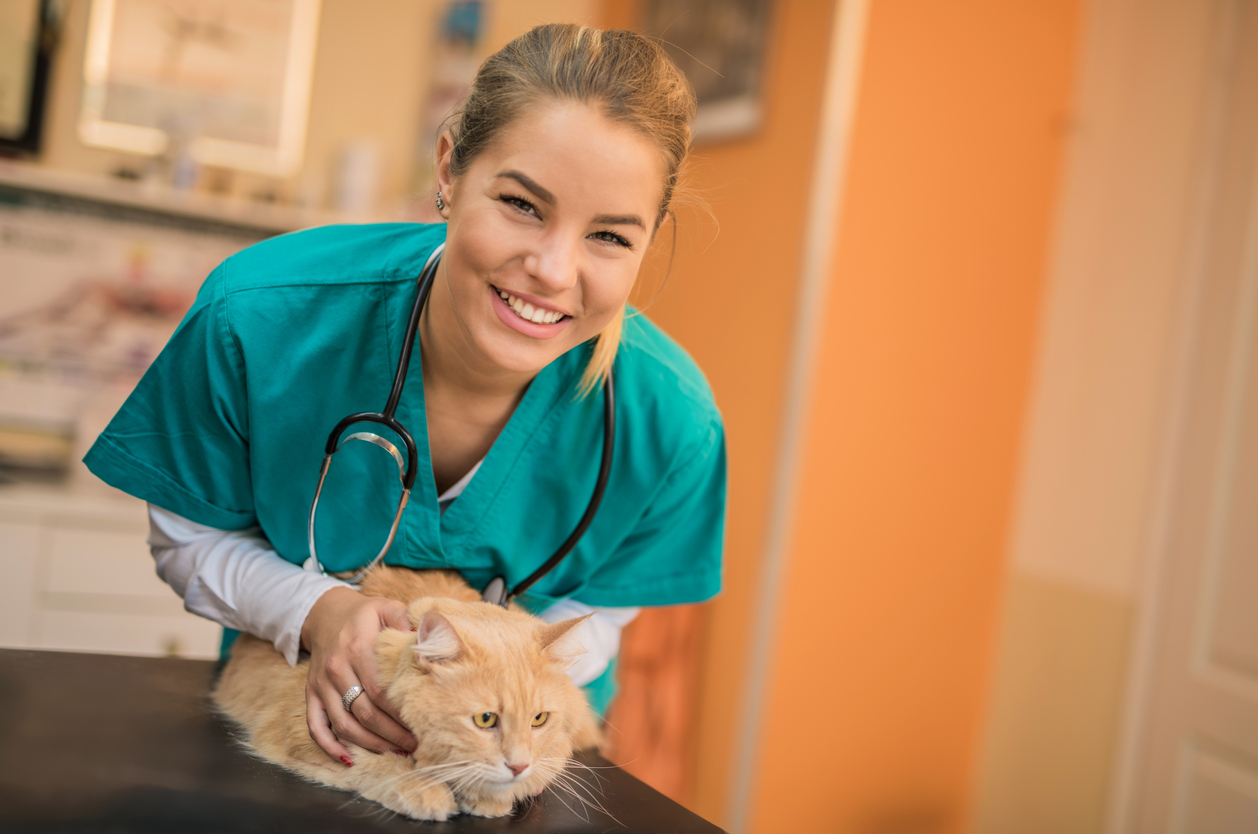 If you love animals, becoming a veterinarian or vet tech is an obvious career choice. But there are plenty of other exciting STEM jobs working with animals in fields you might never have considered.

And you can explore some of those careers in summer programs on college campuses.

At the University of California at Davis, many students begin studying in the department of animal science with the intention of becoming veterinarians, but a surprising number change their minds along the way, student academic advisor Kathryn Jackson said.

“They start experiencing some other things that we have in the department, and they change their minds,” she said. “My own daughter did that when she was in this major.”

Jackson’s daughter wanted to be a vet until she did an internship in animal slaughtering and appreciated the science of it. Now she works for a veterinary pathologist in Davis investigating the cause of death of pets or other animals, such as sea life at the Monterey Bay Aquarium in Monterey, Calif.

“We had another student who was going to study small animals because that’s all she knew,” Jackson said. “Then she did an internship in our goat barn, and she absolutely fell in love with the goats. She ended up going on to get her master’s in animal biology here in the department, and now she owns her own goat dairy in northern California and makes and sells premium goat cheeses.”

Other students have gone on to become managers at animal-care facilities, including the one at UC Davis. When four people in the department recently retired, graduates from the program filled the jobs.

And some students who are interested in animal science go on to do human health-related research at facilities like Jackson Labs in Sacramento, Calif., or Genentech in San Francisco.

“Our students sometimes will go on to grad school and become master’s or Ph.D. students and eventually get into research or teaching at the university level,” she said. “Or they go and work as a scientist either in a lab or working for wildlife, fish and game as a scientific aide or biologist.”

That includes jobs such as surveying land before it’s cleared to gauge the impact on animals in the region or caring for injured wildlife. The UC Davis website features listings for jobs working with animals that sometimes include the exotic thing. One recent posting was for a hedgehog officer in England. A small town was overrun with hedgehogs and needed someone to research if the hedgehogs’ reproduction could be controlled.

At Cornell University in Ithaca, N.Y., the department of animal science offers many career options, professor Debbie J. Cherney said. Students can study dairy science, including management, reproduction and nutrition. Students interested in horses have gone on to become therapeutic-riding instructors, to manage horse farms, to work on dude ranches out West or even to work with the carriage horses in Central Park.

“Now the zoos require bachelor’s degrees to be an animal caretaker, so a lot of our students have a leg up on other students because they actually do handle large animals like cows and sheep, which are what we call ruminative animals,” Cherney said. “If you go to a zoo, you will notice that a lot of the animals are the type that eat grass, so our students already know a lot about how to handle them and feed them.”

Students can study genetics, nutrition, stem cell research and reproduction. They even have a chance to learn how to perform artificial insemination.

Those interested in marine animals can work at an aquarium. Those who love the great outdoors can work as park rangers or wildlife officers in conservation areas through the United States Park Service. Now that animal welfare laws are getting stronger, some students go on to careers in animal law enforcement.

Cherney also reminds students that even if they don’t get a degree in working with animals, it doesn’t mean that they can’t participate in other ways.

“If they love animals and want to be involved, there are plenty of volunteer positions, too,” she said. “They don’t actually have to get a job with animals. They can have another job and do things like foster animals or volunteer at a shelter.”

Boston Leadership Institute This one-week summer program puts the emphasis on marine biology. You might even get the chance to witness marine-animal surgery at the Boston Aquarium.

Centenary College This one-week program at Centenary College in Hackettstown, New Jersey, covers topics in veterinary care ranging from ethics to management. Students get to work with large and small animals.

Cornell University Cornell offers veterinary science options as part of its summer programs for high school students. Tracks have explored veterinary medicine as a career, and focused on equine and small-animal care.

Texas Tech University This school’s summer program, Shake Hands With Your Future, offers animal science as one of its tracks, focusing on the biology of animals native to West Texas.

University of Connecticut Precollege Summer. Pre-vet and veterinary science are offered during one-week sessions and are based at the Mystic Aquarium in Mystic, Connecticut. Students study genetics, hematology, microbiology, pathology and anatomy.

University of California at Davis. This three-week summer program is a chance to study animal genetics and DNA testing, among other topics. The program includes visits to places such as the California Raptor Center.

University of Kentucky The AgDiscovery (AgD) Program is a two-week, residential program for students from limited-resource communities to explore animal science and veterinary medicine. Participants also get test-prep and other academic support.