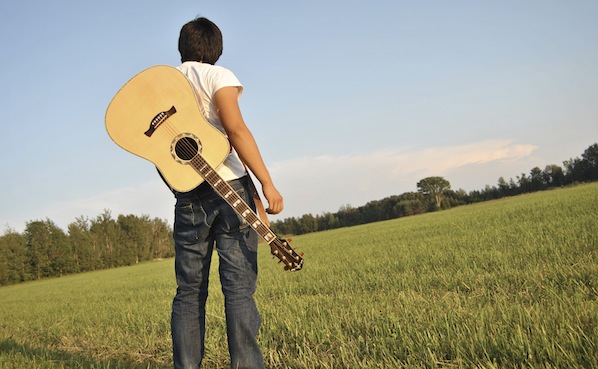 My son was recently diagnosed with Asperger’s, which falls at the high-functioning end of the autistic spectrum. It is a condition that often goes undiagnosed until the teenage years and when it happens, invariably leaves families feeling devastated, as well as floundering for answers, advice and help.

The autistic spectrum is vast and those people that fall along it, and their symptoms, varies immensely. Some autism is severe and very difficult to miss, but for others, most notably those with Asperger’s, it is not always easy to identify. Children with more severe forms of autism are generally diagnosed at around the age of four (or earlier), when their difficulties become apparent to parents. However, Asperger’s is usually diagnosed much later, at around the age of eleven, although many are not given a diagnosis until they reach their teenage years.

One reason for this is that many parents (myself included) feel that the signs of Asperger’s exhibited are nothing more than normal child-appropriate behavior. The realization that something is amiss usually comes as the child gets older, when the Asperger’s traits become more pronounced, but less easy to chalk up as just regular, immature behavior.

Receiving a diagnosis of Asperger’s for my son was two-pronged for me. My initial reaction was relief: finally, someone could give us an explanation for the differences we had increasingly noticed in our son, and it wasn’t just us imagining it. Previously, we had ping-ponged ADHD and Highly Sensitive Person (HSP) labels around, but never the autistic spectrum.

In fact, when his psychologist had first suggested it after only one meeting, we were quite angry. How could he judge my son, and make such snap decisions when he didn’t even know him? As it happens, his 30 years of experience in the field meant that he was spot on, but at that time, I was unwilling to see it.

What makes his diagnosis kind of ironic is that from the day he was born, I was on the look-out for what I believed were “autistic symptoms,” but found none. His eye contact was excellent; he reached all of his milestones on time; he had no obsessive/compulsive behavior; had a brilliant fantasy and loved imaginary play; learnt to ride a bike at five; was great at catching a ball, and was also fairly socially interactive. Yet despite being reasonably clued-up, I’d missed the subtle little clues my son had been sending me.

Although the relief of a diagnosis was immense, it was soon bypassed by much deeper, unsettling feelings, mainly involving guilt and worry about my son’s future. A diagnosis during the teenage years is a lot to take in for any parent and indeed, the teenager concerned. The main questions that flow through my brain regularly involve his future. Will he get a job, live independently, find a wife, or have children? All the things that until a few months ago were pretty much given, are now so far up in the air it’s impossible to see them. I simply can’t explain how much my heart aches, for him and me, when I consider that some of these rites of passage might never happen.

My son, however, is oblivious, and I realize that these are my worries alone. He frequently talks about the job he’ll have in IT, and fantasizes what his life will be like, and how his wife and children will look. Of course, I keep my concerns to myself; they are certainly nothing I will ever share with my son, but accepting that your child is going to face a far tougher struggle in life than his contemporaries is difficult, and it sometimes feels like an enormous, foreboding shadow over our lives, and his future.

I often reflect whether it might have been easier to deal with if we’d found out when he was a small boy. Perhaps we might have been more patient and not as frustrated by his “laziness.” Maybe less hurt by his blunt honesty and stinging words, or not taken his seemingly selfish behavior and actions personally?

On the other hand, had we known many years ago, would that have altered the way we looked at him, or perceived what he could do, and in some detrimental way influenced who he might become?

Who knows? All I do know is, even if you’ve had an inkling (or very firm idea) something wasn’t quite right, learning that your child has Asperger’s can feel as though the world is caving in on you. Realizing that everything you thought you knew about your child is way off mark, that you really don’t know them at all, with seriously no idea how their mind works, is totally heart-breaking.

I often catch myself wondering whether I did something to make it happen. Were my parental skills lacking, or was the extremely debilitating hyperemesis gravidarum, which caused me to experience severe malnutrition, to blame? There are a million and one what-ifs, and absolutely zero confirmed answers. The simple fact is that nobody really knows for sure what causes Asperger’s and Autism, so there is no point in speculating.

Most parents of older children who have been newly diagnosed with Asperger’s feel an overwhelming sense of guilt. I most certainly do. How could I live with my boy for all these years and not notice anything? Or when I had seen slightly unusual behavior, just brush it under the carpet without closer inspection?

If I allowed myself to, I could wallow eternally in my own self-pity. However, ultimately, it’s not about me; it’s about my son, who is just trying to find his place in the world, and really has no idea what a diagnosis of Asperger’s really means. Feeling guilty is normal and understandable, but the bottom line is that no parent of a recently diagnosed teenager with Asperger’s has any reason to feel this way.

Re-learning who your child Is

Shortly after receiving a confirmed diagnosis, I remember asking my son if he could tell what I was feeling by my body language alone (being unable to read minute, subconscious, non-verbal communication we all use without even realizing, is something Asperger’s children struggle with). His answer, with a small, unsure voice, was “not very often.”

We did a little role-play exercise where I had to show my feelings through facial expressions, and he was unable to recognize even extreme emotions such as sheer rage or intense happiness. To suddenly realize that your child cannot understand the nuances of human communication, those that most of us intrinsically recognize without conscious thought, is a hard pill to swallow.

One thing that is particularly difficult for me is re-training my brain to accept that his behavior is not always voluntary or conscious. Before the diagnosis, we wrongly assumed that his now undeniable Asperger’s tendencies and behavior were just him being thoughtless, unkind, or deliberately confrontational and provocative. Rather than being exasperated and frustrated, I now have to try to empathize with him, which it is not always easy.

Every day is a learning curve; I’ve lost count of the nights I have sat up watching You Tube videos about autism, gleaning information for ways in which I can help my son, and with each passing day, my knowledge and understanding of what makes him tick grows better.

Looking to the future

Although my son’s diagnosis still feels like a crushing blow, it is also a blessing in disguise. Many adults live with undiagnosed Asperger’s, but my son is one of the lucky ones; the earlier the diagnosis, the more chance kids have to achieve their goals, and do everything they want during their life. Although I can’t predict what my son’s future is going to be like, I do know that he’ll always have our support, and that, along with the help and resources being offered to us, is going to get us through this.

It is okay to mourn for the adult you'd hoped your child might become, as long as you are accepting of the adult they are going to be, and that’s what I am working hard on every day.