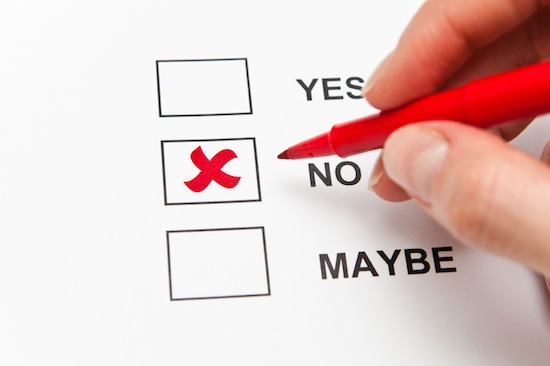 As early decision, early action, and rolling admission results come in this month, it is a time of very mixed emotions. Students receiving acceptance letters will of course be happy, not to mention relieved. But for many more students who receive rejection letters, there will be sadness, disappointment, and doubt.

Lisa Sohmer, Director of College Counseling at the Garden School, says, “For many teens, this is the first time in their lives they have been judged and rejected publically. It can be a terrible disappointment and they need time to take a breath, cry, or be mad.”

How can parents help their teen deal with college rejection?

Parents never want to see their children hurt and upset. But rejection does hurt and it is part of life. Teens need time to process their feelings and parents need to respect that and give their teen the space to heal. As involved and invested in a teen’s college process parents may be, they do need to remember that the rejection happened to the teen and not the parent. It is the teen’s disappointment and feelings that parents should focus on and not their own.

It is natural for parents to want to console their teen. But rushing in with pat platitudes, such as, “There are lots of great schools” or “Tons of people get rejected” may make a teen feel worse. These sentiments, though true, can come across patronizing and insincere. Christine K. VanDeVelde, college speaker and coauthor of the book College Admission: From Application to Acceptance, Step by Step, explains, “Teens that have been rejected already feel victimized. They don’t need their parents to further this feeling by treating them like they are 11 years old.”

A better approach may be better to join the teen in some constructive anger. A parent saying, “This really stinks!” or “It’s their loss!” can actually be more empowering for teens than having a parent feel sorry for them. A friend of mine encouraged her daughter and her friends that got rejected from a certain school to get together and destroy the swag they had purchased from the university that had rejected all of them. Cutting up the sweatshirts and pendants was very cathartic and doing it together made all the teens feel less alone.

In addition to being upset, teens that have been rejected from their first choice school may also be embarrassed to face their classmates especially if some are celebrating their acceptances. Many colleges send out their decisions on Friday evenings to avoid the frenzy but even so, by Monday morning, social media has ensured everyone in the school community knows who got in where and who didn’t.

Try to encourage your teen to take the high road and congratulate their peers who have been accepted. Don’t allow your teen to bad mouth other students—especially not on social media where everyone can see the comments. Parents themselves need to resist the urge to negatively gossip about students that got into the school their teen wanted. Belittling another student’s accomplishments may be hard to resist, but this behavior is unhelpful for both teens and their parents.

VanDeVelde asserts, “Even though this may be the first time a teen has been rejected, it won’t be the last. How to handle disappointment is a life lesson and parents have an opportunity to model appropriate behavior. Parents need to remind themselves the goal is not to raise a child who is a winner in college but a winner in life.”

After a few days recovering, it is important that students make sure that the rest of their applications are completed and ready to be sent in.

Hopefully students have completed majority of their other applications and just have to add some finishing touches. VanDeVelde says, “College admissions offices close for the holidays as do high school guidance staff. Most regular decision applications are due on January 1 so students who need to speak to these offices must do so before the winter break.”

It may be wise for students to review their college list and application. Sohmer explains, “Early decisions are not fortune telling but they are an indicator. Students should look at their college lists to make sure they are not too ‘top heavy’ and that their list makes sense given their grades, test scores, and activities.”

If a student thinks it will be helpful, they can call the admissions office of a college they have been rejected from and ask why. Says VanDeVelde, “Most colleges will not give a specific reason but if the student really thinks it would be helpful to know, it may be worth it to inquire.”

There is a College for Everyone

It is understandable that after being rejected, a student’s confidence may be shaken. But remember this is just one college of over 2,200 four-year institutions.

Famous journalists Meredith Viera and Katie Couric were both rejected by their first choice schools and went on to have very successful careers. VanDeVelde says, “Students get sold a bill of goods that there is one perfect place for them. But the truth is there are many perfect places and they need to keep that in mind as they go through the college process.”

Many teens that get rejected from their first choice college find out that it is the best thing that could have happened to them. Rebecca Bergman, a current college sophomore says, “I applied ED to an Ivy League school just to try and reach a little higher. The school was located in a city, which was not my scene, but I ignored that fact because it was such a prestigious school. After getting rejected, I realized that I probably would not have enjoyed going to school in that environment. I absolutely love the location of the school I attend and could not be happier.”