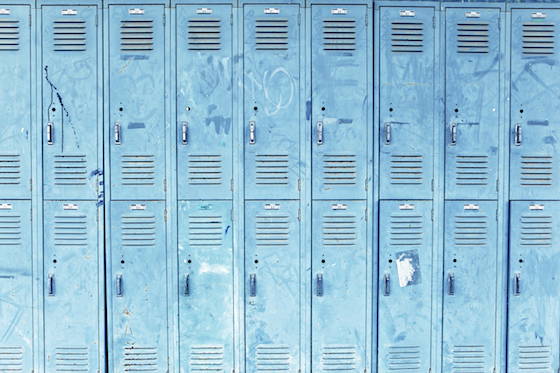 The Urban Dictionary defines senioritis as a crippling disease that strikes high school seniors. Symptoms include: laziness, an over-excessive wearing of track pants, old athletic shirts, sweatpants, athletic shorts, and sweatshirts. Also features a lack of studying, repeated absences, and a generally dismissive attitude. The only known cure is a phenomenon known as graduation.

All kidding aside, however, senioritis is a very real problem for most high school students. They are coming into the home stretch and it’s only natural for them to try to rest on their laurels, so to speak.

Most high school seniors exhibit signs of senioritis. Its onset might be hard to recognize because it starts innocently. But once the disease has taken hold it can have a devastating effect on a senior’s future from graduation to college admission. As with any disease, knowing the symptoms is the key to an early diagnosis and treatment.

What Are the Symptoms?

Senioritis usually sets in as high school graduation approaches. The symptoms are obvious: lack of study, underachievement, skipping classes and lack of interest in school related activities, especially academics. They may be slight at first—a low grade, a lackluster composition, or an unwillingness to study for a test. These academic behaviors might be exacerbated by slight depression, an unmotivated attitude, and various forms of laziness.

What Is the Diagnosis?

Senioritis is something students feel they deserve. They’ve worked hard and most likely have completed all their college applications. Why not skate through the last few months? Why not skip a few classes and not study as hard. After all, the colleges already have their grades. No harm. No foul. Or so they think!

What Are the Consequences?

One of the most important lessons students should learn before college is that actions have consequences. Knowing the consequences of senioritis should help you avoid the disease:

Why Do Colleges Reject Offers of Admission?

Senioritis can quickly affect your final transcript and possibly cause colleges to re-evaluate their offers of admission. According to research by the National Association for College Admissions Counseling, the majority of colleges (74 percent) that accept between 50-70 percent of applicants rejected admission because of final grades. The colleges with higher admission rates (71 percent and higher) as well as the most selective (accepting fewer than 50 percent) said grades were the reason for revoking admission 64 percent of the time.

That means that the potential for admission rejection due to final grades exists at the most selective and least selective colleges. It is also important to note that when looking at the total numbers of revocations, the most selective colleges reported the greatest frequency of rescinded offers. Fifty-seven percent of colleges accepting fewer than 50 percent of applicants confirmed at least one instance of a revoked acceptance.

What Is the Cure?

What Can You Do?

Pay attention to your study habits and grades. If you notice a slip, have a conversation with your parents and teachers. Pull out the acceptance letter and re-read the fine print. Many times colleges include clear warnings to students, informing them that admission is contingent on successful performance throughout senior year.

The easiest way to avoid senioritis is to stay focused. Remind yourself “it’s not over, ’til it’s over” if you start to feel unmotivated or lazy. Keep the end goal in mind—graduation and higher education. Without focusing on the prize, it’s easy to rest on your laurels.