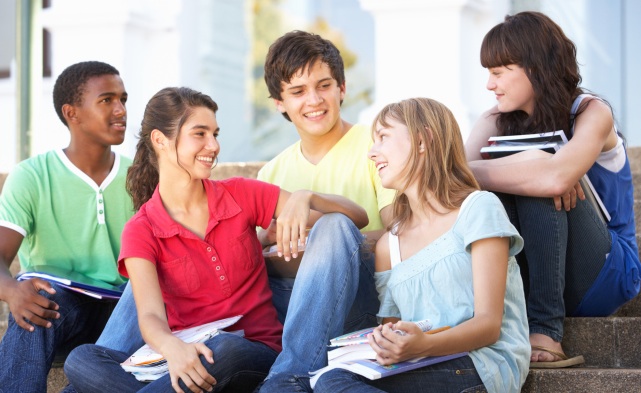 The headlines come at us fast and furiously – over the web, Twitter, Facebook, radio, and television; in newspapers, and magazines. With so many inputs daily, it’s not surprising that some of us tune out the majority of current events. And with all the very real social, academic, and college-related pressures on teens’ plates, they often find it especially hard to take the time and devote the mindshare to pay attention to world events.

It’s Easy to Tune Out

Many issues are complex and therefore require substantial effort to dig deep and learn about multiple perspectives in order to form one’s own. The Russian-Ukrainian tension over Crimea has historical, religious, language, and ethnic dimensions. Some issues are so intense that it’s difficult to engage. How can I comprehend that humans brutally attacked innocent travelers in China’s Yunnan province killing over thirty and wounding dozens more with knives? And still other issues appear on the surface not to be relevant to a teen’s life. I can’t get clean water to kids over the world as much as I wish I could.

The reality is that virtually all world issues affect all of us. And they matter from both moral and practical point of views. Take the fact that 69 million school age children are denied the fundamental right of an education for reasons ranging from natural disasters to poverty, traditions, political instability, and war. While denying an education to any child is immoral, lack of education negatively affects more than the illiterate student. It hurts all of us all over the world. Just take a look at the cycle of illiteracy below.

Terrorists, such as the Taliban, are often uneducated, poor, and susceptible to manipulation.

While we can’t resolve all the world issues, we can all do something about a world issue of our choosing. For example, learning about education issues across the globe can inspire us not to take our own education for granted and to advocate on behalf of others. Education is something all teens can relate to. Advocacy comes in many shapes and forms. It’s about spreading awareness and starting a conversation; writing articles and letters to influencers; posting information, links, and thoughts and actions on social media; as well as donating time and money to non-profits that work on causes you care about most. While no one person can solve a global issue, that should not deter each and every one of us from doing our part.

Have you seen the video of Malala Yousafzai, the Pakistan student shot by the Taliban for advocating for all girls to have the right to an education, speaking to the United Nations on her 16th birthday? The youngest person to be nominated for a Nobel Peace Prize, Malala is the epitome of inspiration. If you believe that every school-age child deserves an education, it’s easy to start your advocacy now. Share this video broadly with friends and in social media. Talk it up with friends, family, classmates, and teachers. Every effort by every person fuels the collective power of change.