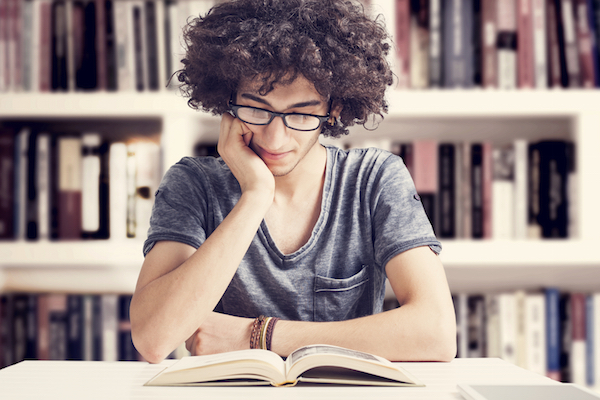 If you’re a decently fast reader, you can read, at most, at about 400 words per minute (WPM).

(You can check how fast you read here.) So when I first started reading claims that programmers were developing new apps to help people read at 1,000 WPM, needless to say, I was skeptical. These apps seemed like gimmicks at best. When I tried the apps for myself, though, I was actually pleasantly surprised. The theory behind these so-called Rapid Serial Visual Presentation (RSVP) apps is that when we read, we waste a lot of time because our eyes constantly make unnecessary movements. They wander across the page, reread the same lines over and over, and tend to focus on only one word at a time. RSVP reading programs purportedly solve this problem by flashing small groups of words at a time so that our eyes have an easier time focusing. The theory made sense to me, so I tried out these programs for myself. At first, when I tried ramping up my reading speed to 1,000 WPM, the text was completely incomprehensible. So, I decided to see if I could read at a moderate pace: “only” 500 WPM. To my surprise, this pace felt quite slow!

Over the next several days, I experimented with this program.

I tried different kinds of texts, varying from CNN articles to philosophy essays. Slowly, I grew accustomed to the words being flashed across the screen, and I was eventually able to read at a ridiculous 1,200 WPM. At this rate, I could finish reading “The Scarlet Letter” in about an hour! But, I’ll be honest. At 1,200 WPM, I was only getting the gist. I’ve found the RSVP apps work the best with certain settings and types of texts. The first thing I found was that it’s counterproductive to RSVP-read dense academic texts: philosophy, economics, and science are already difficult to comprehend, so at 1,000 WPM, it doesn’t get any better. With these sorts of texts, it’s often necessary to read and reread portions of a text to understand the author’s argument, and the RSVP readers don’t allow you to do that. However, narrative or journalistic texts, such as novels, history textbooks, and newspapers are perfect for RSVP-reading. When you’re reading for the plot, rather than trying to digest an academic argument, RVSP readers can save you a lot of time. I also found that it’s better to read words in chunks rather than individually.

With most RSVP apps, you can choose how many words the app flashes at you at once. Try it out for yourself! I’ve found that I can read up to four words at a time comfortably. This allows me to read at a much higher WPM rate. Finally, if I’m trying to comprehend a text for school or work, 800 WPM is where I stay.

This actually feels slow for me sometimes, but in reality, it’s still two to three times as fast as I normally read.I’ve tried several RSVP programs, and I like spreeder.com the best. There are also a variety of apps out there for Apple and Android phones, such as the Spritz reader. The key is to find the settings that work for you and you’ll be on your way to reading faster than ever before.

[Looking for more info? Here's 3 books to read in high school that aren't what you think.]