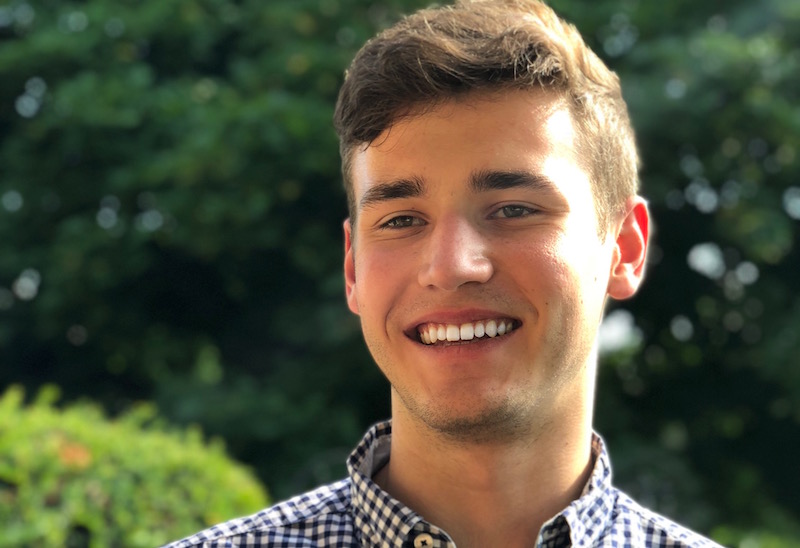 Why did you choose to participate in an academic summer program?

I have always believed that there is no better investment one can make than an investment in education. Having the opportunity to study at a world-class institution like Cornell was a dream come true. Rather than spending the summer simply looking forward to the future, Summer College empowered me to actively shape the future I wanted for myself.

How did you decide that Summer College was right for you?

Having spent my entire life living a mere 25 minutes away from campus, Cornell has always felt like a second home to me. However, my love for Cornell was not the product of proximity, but of the people I had met. Through conversations with students and staff alike, I quickly found that the idea of “any person, any study” is alive and well, and even in the relatively short time that I spent on campus, I felt as though I had tapped into this mantra. Across campus, Cornell's sense of inclusivity coupled with the student body's pervasive love of learning made choosing Summer College a no-brainer.

What was a typical day at Summer College?

One of the best parts about Summer College was just how much control I had over my own schedule. Aside from times for class and night check, how I decided to spend my day was at my discretion.

I began most days by grabbing breakfast with a friend and then going to the library to catch up on reading and studying. My class did not start until 12:30, so I was lucky enough to be able to sleep in most days! After class, I would spend time with my friends before going to dinner, and then return to my dorm. I managed to find a fantastic group of people at my residence hall, and most nights I stayed up with them into the early hours of the morning playing cards, watching “The Office,” ordering Insomnia Cookies, and jamming out at the Donlon piano. It felt as though there was a perfect balance between making new friendships and growing academically. Not only did I improve my time management skills, but I still talk with that friend group on a daily basis!

What was the most memorable moment of Summer College?

Over the summer, I had made a habit of using night time to explore campus with friends. One night, I went with a group to the Fuentes observatory, where we stargazed and found constellations. Afterwards, we found a field full of fireflies, and spent the rest of the night watching them, having deep conversations, and getting to know one another better. There was something magical about sharing a beautiful night with people who had had entirely different life stories than my own – learning more about myself through the perspective of others. These late-night deep talks became regular, and by the time I had left Summer College, the same students who were strangers just weeks before had become close confidants and friends for life.

Don’t be afraid to try new things, meet new people, and explore new ideas. Recognize that learning is a shared process, and that education is not a competition between you and those around you, but rather a process of personal growth and development. The Ivy League may certainly appear foreboding, but so long as you stay true to yourself and your ambitions, you will find that there are few better places to learn more about yourself and the world around you. Don’t shy away from the experiences that await you!