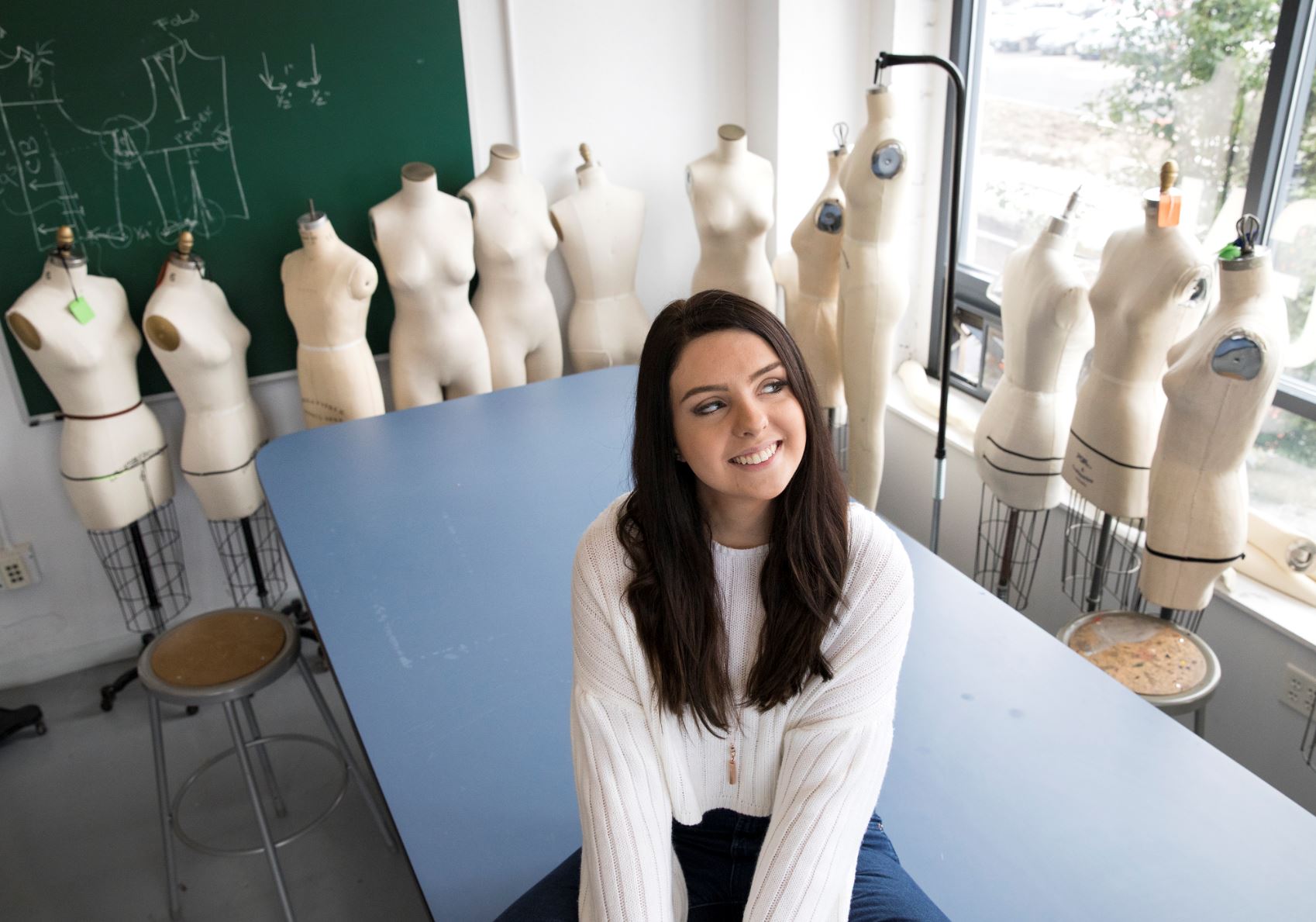 Columbus College of Art & Design student MollyKate Cline (Fashion Design, 2020) says she knew she wanted to go into fashion “when I was seven—so pretty much my whole life.”

But one big thing stood in the way for Cline, the eldest of three daughters. Her late father, who died when Cline was in elementary school, was set on his children going to school. But they didn’t have the money to do so.

“I was in a really tough position,” she acknowledges. “But challenge accepted, I guess.”

Her younger years were difficult, Cline recalls. She poured herself into her work as an escape.

Meanwhile, her mother researched the fashion industry, and where Cline could take her passion. “She was pleasantly surprised when she found out about all of the companies here in Columbus, and about CCAD. I decided I’d go to school here.”

Cline attended summer programs at CCAD, including CCAD College Preview, which she was able to attend and earn college credit through thanks to scholarship support. She was 13 when she met her mentor, Fashion Design Chair and Associate Professor Suzanne Cotton.

Cline was set on attending CCAD—it was the only college she applied for—and spent her senior of high school coming home from classes to work on sewing projects for her portfolio. She created a collection and a video for her application and counted down the days to when she might receive her admissions letter. When her letter finally arrived, Cline and her mother sat on the floor as they opened the package. “We saw the scholarship amount, and we just bawled our eyes out,” Cline remembers.

After years of not connecting with her peers, Cline found her people at CCAD. And since arriving at the college, she has continued to drive forward in her practice, too. She’s been a contributor to Teen Vogue, has developed her own brand (MollyKate Cline LLC), premiered her Spring 2019 collection at Phoenix Fashion Week (and was the youngest solo entrepreneur to do so), and has twice been awarded scholarships through the YMA Fashion Scholarship Fund. She balances those accomplishments—not to mention her studies—with contract work as an assistant technical designer for the retailer Lane Bryant.

After graduation, Cline hopes to stay in Columbus and at Lane Bryant while continuing to push the expansion of her own brand. “Columbus is so huge for fashion, and it happens to be where I’ve grown up. It’s great that I don’t have to go to New York or LA to do this work—my family is here.”