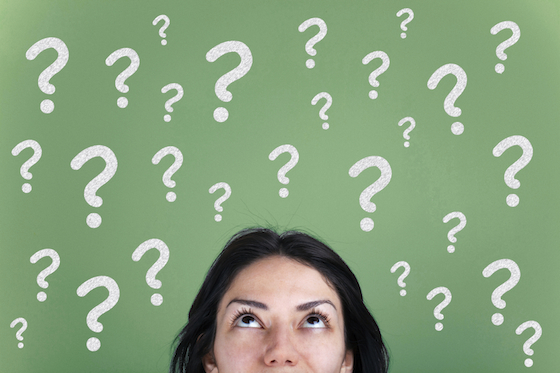 We’ll save the drama—even in an era of bloated tuition costs, ballooning student loan debt, and a weakened American job market, the answer to the general question of whether a college degree is still worth the investment remains a resounding, “Yes.”

Yet, this affirmative answer is saddled with a Barry Bonds-sized asterisk; not every degree from every school for every individual is actually worth the investment. A more extensive and more personalized examination is necessary to be of any useful guidance. We begin that examination, with a basic question: is today’s average college graduate still better off than an average high school graduate?

Survey any high school guidance counselor’s assortment of wall hangings, and you will likely spot some sort of infographic clipped from a newspaper, showing the difference in projected lifetime earnings for the average college grad versus the average high school grad—the estimate is about 1 million dollars more for the degree earner. It’s no secret that more years of education equates to higher earning potential. In fact, scholars estimate that each additional year of education adds somewhere between 6-10% to one’s annual earnings.

The advantage doesn’t end with salary; benefits such as health insurance and retirement packages are also slanted in favor of college grads. Over 70% of college graduates have access to employer-provided health insurance compared to just 50% of non-college grads. A similar gap exists when looking at access to retirement plans. College grads also report being more satisfied with their jobs, tend to live longer and healthier lives, and are far less likely to wind up unemployed or in a state of poverty than their non-degree holding counterparts.

Foregoing higher education is clearly a perilous road, but so is thinking that you’ve got it made just because you are college bound. Over the last decade, earnings for college graduates have increased only by a meager 1%. This income stagnation runs concurrent with college tuition prices continuing to skyrocket and 7 in 10 college graduates emerging from their undergraduate years with an average debt load approaching $30,000. Debt can be manageable if a well-paying job awaits upon graduation, but for a frightening number of graduates, such an opportunity fails to materialize.

While degree attainment was pretty close to a surefire meal ticket a generation ago, simply possessing a credential from an institution of higher education is still necessary but no longer sufficient for entry into a “college-level” job.

Tales of debt-saddled college grads lining up for jobs at Starbucks abound in popular media. In this case, popular perception is backed by statistical proof. In the United States today, over 40% of recent college grads report to jobs which do not require a four year degree— more than 17 million Americans overall fall into this category.

Over 300,000 of this group are working as waiters and waitresses, almost half a million as customer service reps, 115,000 as janitors, 107,000 as laborers, 83,000 are tending bar at an establishment near you, and the list goes on and on (mail carriers, flight attendants, landscapers, and construction workers all have large contingents of college-educated workers as well).

Of course, there is nothing wrong with making an honest living through any of these means. The real question is whether this was the working life these folks envisioned when they started their higher education journey. Did the server at your local IHOP anticipate delivering Rooty Tooty Fresh ‘N Fruity pancakes to tables of teenagers when he decided to incur $40,000 in educational debt to pursue an art degree? Are the majority of nation’s educated custodians actually math geniuses trying to pull a Matt Damon from Good Will Hunting? Life can always take us down unexpected roads, but it seems unlikely that anyone would willingly chart such a challenging course.

So how does one avoid this pitfall? Is it sheer luck? Perhaps Branch Rickey, the baseball executive who famously brought Jackie Robinson to the Brooklyn Dodgers, said it best, “Luck is the residue of design.”

Whether you’re building a 1940’s baseball team or your own educational and career goals, thoughtful design can be the difference between success and failure.

In today’s globalized and competitive economy, skills and/or relevant experience matter as much or more than a diploma, primarily because a diploma doesn’t mean what it used to.

Although demand for college-level work has grown, many new degree-holders have failed to acquire practical skills valued in the job market, resulting in widespread unemployment and underemployment among recent graduates. In light of these trends, it is essential that today’s college applicants explore academic programs that lead to genuine learning and distinction, not just a vanilla degree.