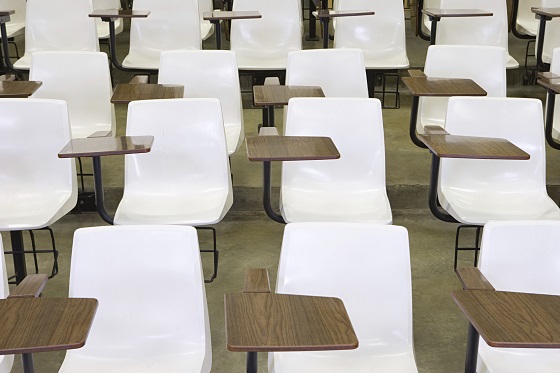 In early March, the news broke that a small women’s liberal arts college in Virginia was closing its doors at the end of the semester. A board vote to close due to insurmountable financial challenges produced a shocked and anguished reaction from the student community, faculty, staff and alumnae.

Sweet Briar College has a strong history of educating women for 114 years. Sweet Briar’s problems were a combination of distressing enrollment trends and high fixed costs. Sweet Briar’s small classes, a quaint setting, a commitment to single-sex, undergraduate education, and a world-class equestrian program made it appealing to women.

Women did apply—applications had nearly doubled over the past few years—but the school’s yield, the percentage of accepted students who choose to attend, had dropped to 21 percent from 38 percent. As a result, the undergraduate student body had shrunk to 561 women from 611 five years earlier. To get those women to enroll, Sweet Briar had to discount heavily, giving entering students an average 62 percent discount on its $46,595 cost of attendance.

The Outcry From Students & Alumnae

News of its closing has produced a strong outcry from current students and passionate alumnae. They have created a website and a hashtag #SaveSweetBriar resulting in over 4082 pledges and $3.3 million in donations. Their goal is to raise $20 million.

This group has rallied their forces and created a social media firestorm that has prompted a lawsuit that just might keep the college open. The lawsuit alleges Sweet Briar's administration did not seriously attempt to keep the college open, either by fundraising, lowering tuition, or targeting wealthy and foreign students. The lawsuit claims the college used donations to employ "multiple law firms and consultants to advise Defendants on closure of the College since as early as November 2014.”

Patricia McGuire, President of Trinity University, penned an article for Huffington Post about the future of women’s colleges:

Educating women is essential to alleviating poverty, fostering economic development, improving the health and education of children. Women's colleges have long served as gateways for educational and economic opportunity for women, and have been a voice for women's education worldwide. We were all founded because women were once radically excluded from educational opportunities. Women's colleges persist not because we want to preserve institutions, but rather, because too many women still find educational and economic opportunity elusive. While, across history, all women suffered a great deal of inequality, some women have found more level playing fields. But the success of a few does not mean the end of gateways to opportunity for others. For every woman who has "made it" in business and civic life, there are millions more who remain on the margins. Even the fact that women are the majority of all students in higher education today does not mean that all women have equal opportunity in college. Women of color and low income women remain largely on the outside.

Is the Closing Communicating Something Deeper?

In 1960 there were about 230 institutions identifying as women’s colleges, and there are just 43 today. The majority of these colleges actually still exist as coeducational institutions, most with a large majority of women. Women’s colleges seem to be the only group where a certain “purity” is expected in the student population. Many believe that if a women’s college is to be successful it must adapt to the changing times. Whether it’s embracing online programs, adult students, or going after foreign students, women’s colleges must broaden their view and embrace change willingly.

Others believe that Sweet Briar’s problems represent an even deeper problem: the high cost of tuition and families' inability to pay. The rising costs of tuition and a college’s inability to embrace this reality could very well mean that more and more colleges will face closing.