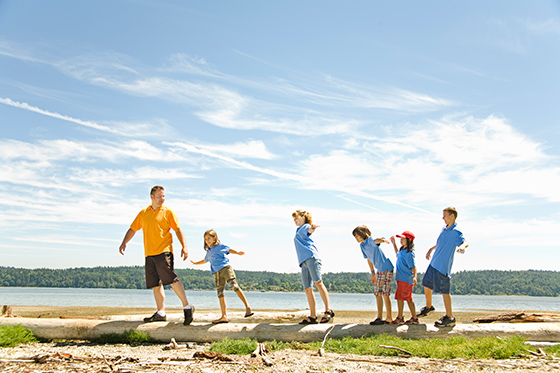 Being a summer counselor is a great job – especially for those teens that have wonderful memories of being campers themselves. They get to return to a place they love and share their enthusiasm with children.

But some teens can have difficulty making the transition from camper to staff. Susie Lupert, Executive Director of the American Camp Association, NY and NJ, says, “Being a camper is all about having fun. Even though being a counselor is fun, it’s a job, which means there are expectations and responsibilities.”

Is a camp counselor job right for your teen?

Being a Camp Counselor

A summer job where you can get paid to be outside, go swimming, play ball and sit by the lake making s’mores sounds ideal. But being a counselor is hard work. The hours are long and summers can be hot. Tending to the needs of children all day (and night) can be exhausting. It requires stamina, patience, and maturity.

Anna Black Morin, 4th-generation Owner/Director of Pine Forest Camp, Camp Timber Tops, and Lake Owego Camp, says, “Campers often have the misconception that working as a counselor isn't real work because it's camp! You get to be at camp and camp is awesome! But it is a job. It is work, and often it feels like work.”

As counselors, teens are responsible for ensuring the safety and happiness of all the children they are in charge of. Morin says, “Teens need to realize that it's more important to be respected than to be liked. Campers will naturally love counselors whom they listen to and want to emulate.”

The Challenge of Transitioning from Camper to Counselor

Many kids who love their camp experience dream about coming back as counselors. Says Lupert, “They have grown up at camp and feel like it’s their home.”

But sometimes, says Lupert, these feelings of nostalgia can backfire and there can be a feeling of entitlement. Teens may not take being a counselor seriously or fully understand what will be expected of them when they work at camp.

When you are a camper, the staff is focused on your needs. But as part of the staff, you are now focused on the needs of your campers and not your own. It takes stamina and patience. Says Morin, “Having so many children need you and want your attention an be exhilarating and exhausting. Camp is really set up so that campers come first. When you're no longer a camper, the dynamic changes, and you see camp in a different way.”

Because the transition can be challenging, many camps insist teens take a break for a year or two between being a camper and becoming staff. Lupert explains, “This allows for campers to mature for a year and miss being at camp. After the year break, they realize that being asked back as staff is a privilege, not a given. These teens come back to camp a bit more mature and ready to work.”

The Benefits of Being a Former Camper

Most camps love having former campers return as counselors because they add so much to the camp experience.

Lupert says, “They already understand the camp culture, the traditions, and the songs, and they are full of spirit. They come into camp with a true love for their surroundings and the rituals. In some ways, there is less of a learning curve since they have already been part of the camp community. “

When former campers become staff, they can really relate to campers. They have a true understanding of the experience because they have lived it. Says Morin, “The best camp counselors are approachable, empathetic, goofy, and enthusiastic. Campers just want their counselors to love camp as much as they love camp.”

The Benefits of a Camp Counselor Job

Given the plethora of choices teens have in the summer (travel programs, volunteer opportunities, college prep programs, etc.), parents may wonder if being a camp counselor is the best way for their teen to spend their summer.

For teens looking to learn skills that are needed to be successful in the workplace, there is no better summer job than becoming a camp counselor. Morin says, “Working as a counselor forces teens to put the needs of others before their own and embrace the role of role model. It teaches teens to work as a team and to get along with others who may be different from them. It prepares them for future jobs; some days are great and some days are difficult. It instills a good work ethic”

Lupert says, “As camp staff, teens will gain valuable work experience that they will need in the future including managerial skills, leadership skills, responsibility and good communication skills. These skills can’t possibly be learned making copies and running errands at an office internship.”

Working at camp can be very rewarding. Says Lupert, “As counselors, teens have an opportunity to make a positive difference in the lives of children while also having the best summers of their lives.” Adds Morin, “Campers look up to counselors who love and care for them all summer– and they want to grow up to be just like them.”