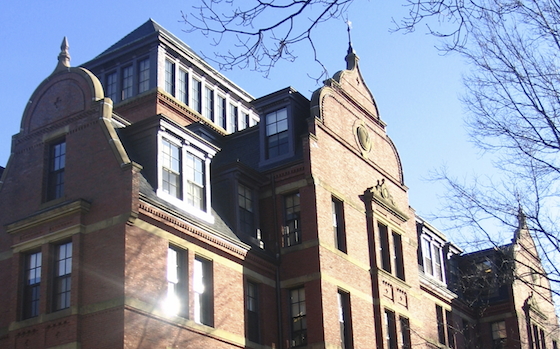 This year, Kwasi Enin, a 17-year old first generation American from Shirley, N.Y., applied to all eight Ivies from Brown to Yale. The college offers of admission began rolling in over the last few months, and the final acceptance from Harvard topped the list and secured his acceptances at all of them.

College admissions counselors agree that this feat is extremely rare. First, because most students don’t apply to all the Ivies; and secondly, because each college seeks different qualities in their freshman class. The colleges are all considered highly selective, admitting a small percentage of applicants each year. Harvard, for example, only admits five percent of applicants. Last year 34,919 applied and only 1,944 were admitted.

Enin isn’t the only student with eight acceptances under his belt. A handful of students have been accepted to all eight Ivies for the class of 2019.

What do all the students have in common?

These students have one thing in common—they are all the children of immigrants. Many credit their success to their parents’ experiences growing up outside the United States and coming here to find a wealth of opportunity.

"When I was growing up, my mom told me her own story of growing up in Somalia,” said Munira Khalif, a Minnesota high school student accepted to all eight Ivies. “My grandfather was a very revolutionary man in that he not only wanted to educate his sons, but also his daughters," Khalif told the Star Tribune. "My mom got that opportunity and passed that opportunity on to me. It put me in a position where I thought I had to give back.”

Why apply to all the Ivies?

An acceptance at an Ivy League college is coveted by students and parents. Parents see an acceptance as bragging rights. Students see an acceptance as the culmination of a high school career and validation of their success. The Ivies have long been the unattainable goal for most students and the sought after goal for the elite. The Ivies are at the top of every “best college” list released, giving the impression that if you want a quality education, these are the colleges to attend.

Does it matter where you go to college?

In a recent published book, “Where You Go Is Not Who You’ll Be”, Frank Bruni, Op-Ed Columnist for the New York Times, argues it doesn’t matter where you go to college. In a two-part interview with TeenLife, Mr. Bruni briefly spoke about how Ivy League admissions can be fickle and where the idea of guaranteed success came from:

It’s not entirely a misconception; it’s an exaggeration. Life isn’t as neat and clean as that mythology, which has come from our obsession with status, our belief in certain scripts and, to be fair, from the fact that the Ivy League and its ilk are very well represented in the upper echelons of various professions and callings. But always ask yourself this: Did the Ivy League school make that happen, or did the kind of person hell-bent on huge accomplishment and economically destined for it, by dint of family upbringing, gravitate to the Ivy League? Are we talking about causation or correlation here? We need to keep that in mind.

When asked if students can be successful attending lesser known colleges, he answered clearly:

They absolutely can. My book is full of stories of spectacularly successful people who went to lesser-known schools. And sometimes, because they were at lesser known schools and conscious of it, they worked harder and made fewer assumptions of success. They were scrappier. Sometimes they got to stand out because there weren’t so many strivers and overachievers around them, and this really helped them. There are dozens of paths to great success. It’s the way you travel your path—with energy, hard work, humility, creativity—that makes the difference. We cannot let teens and young adults forget that.

Being accepted to all eight Ivies is certainly an accomplishment. But all the other students who received offers of admission from lesser known colleges can also be proud of their accomplishment. Students, and parents, should not base success on a college name. It should be based on accomplishments and willingness to pursue excellence.