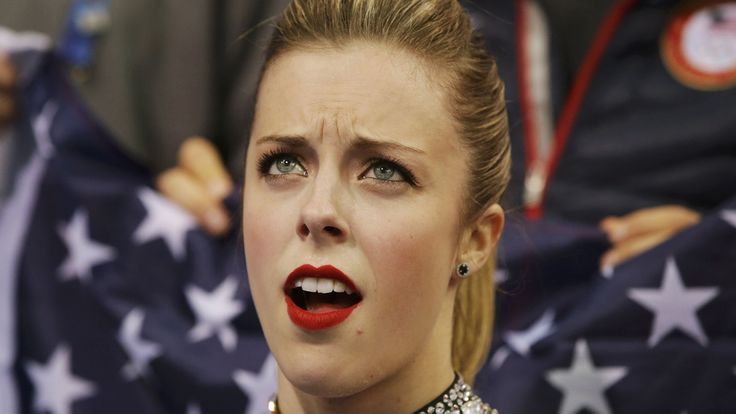 How important is sportsmanship for young athletes?

Although Smart may be destined to break NBA records, right now he is infamous for shoving a fan at recent game against Texas Tech. In the closing seconds of the game, Smart fell out of bounds and into a group of spectators. While he was being helped up, a fan said something that really upset him (Smart has said it was a racial slur but the fan adamantly denies it, although he admits to taunting Smart). After exchanging angry words, Smart shoved the fan.

Ashley Wagner, a 22 year-old figure skater representing the United States at the 2014 Olympic games also displayed poor sportsmanship. After completing her routine, Wagner received scores she did not like. Rather than fake a smile and nod, Wagner made a face that clearly showed how she felt about the scores and then leaned over to mouth the word “bullshit” to her coach.

Are these two incidents indicative that young adult athletes are so caught up in competing that they forget basic sportsmanship? Or are these incidents illustrating the overwhelming stress and pressure placed on these young, non-professional athletes?

Cheering and jeering at professional sporting events is a common occurrence. But athletes that play in these arenas are adults with much more experience. They are being paid to play. Their sport is their job and they are expected to act accordingly and to be mature enough to handle the responsibility and pressure.

Smart is not a professional athlete. Joshua Fredenburg, Gen. Y Television Commentator, and Leadership-Relationship-Diversity Expert, says, “Athletes are highly motivated with an intensity and passion to win. Smart was in the middle of a heated game when the incident occurred. Even though Smart’s actions were wrong, we have to remember that he is teenager. The fan in question was a grown man and should have known better.”

Wagner is not a teenager but she is a young, famous athlete in the spotlight. She was captured right after competing. After years of hard work and sacrifice, of course she was disappointed with her scores. Fredenburg says, “Young people need to be aware that their actions are going to be scrutinized. In this day and age it is hard to do something wrong without someone recording it on their smart phone. Today’s mistakes can be replayed over and over again.”

Even younger athletes who are not competing for NBA spots or Olympic gold medals are feeling intense pressure. My own ten-year old son said, “ I feel bad for Marcus Smart. I know what it feels like to be on a team that is not winning and is depending on you.”

From teammates to coaches, there can be outward or underlying demands placed on young players to perform. The old adage, “It is not whether you win or lose but how you play the game” seems to have been forgotten. Fredenburg suggests that those involved in youth sports need to do a better job of developing character and not just sports skills.

After the shoving incident, Smart held a press conference to express his regret and was later suspended for three games. Rick Wolff, host of “The Sports Edge” on WFAN radio asserts, “To me, when competing at a high level, things like this do, unfortunately, occur. What's important is that the athletes come forward right away, recognize that what they did was wrong, and then offer a heartfelt apology. If nothing else, the admission of wrongdoing and being contrite is at the very heart of sportsmanship.”